50 years on from the Miss World protests, has anything really changed? 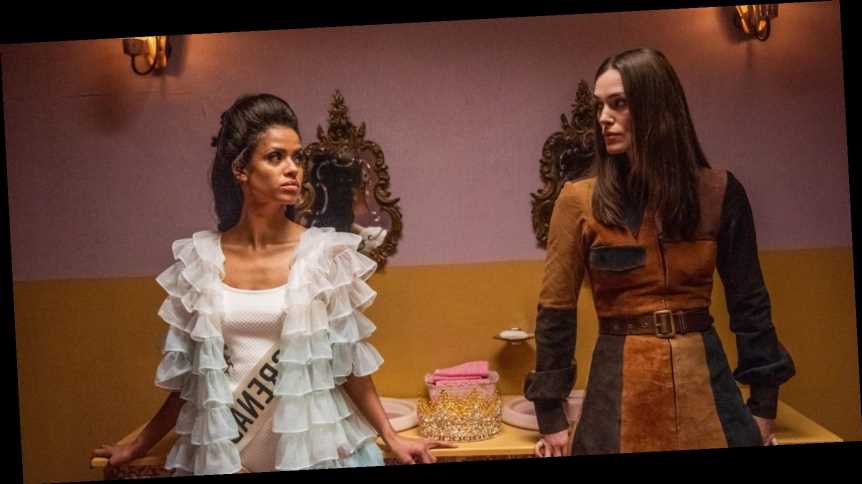 At the height of its popularity, the Miss World beauty pageant had 18 million viewers in the UK alone – but a Women’s Liberationprotest in 1970 changed everything. So why are we still relentlessly judging women by their looks?

This week, Misbehaviour hits cinemas, bringing an important moment of feminist history to the big screen. In 1970, members of the Women’s Liberation movement disrupted the live broadcast of Miss World from the Royal Albert Hall, drawing attention to the unacceptable ways that women were being judged for their looks.

One of the real-life photographs promoting the 1970 contest shows the organiser, Eric Morley, noting the measurements of the women in underwear who surround him. (The competitors’ “vital statistics” – bust, waist and hips – were announced as they walked onto the stage.) I remember looking at that image – I was researching my novel The Woman In The Photograph at the time – and thinking, thank goodness we don’t do that anymore.

Miss World had begun as the Festival Bikini Contest in 1951, part of the Festival of Britain. Its popularity led to it becoming an annual event, first televised by the BBC in 1959 and one of its most-watched programmes for the next two decades. At the height of its popularity, Miss World had 18 million viewers in the UK alone.

I was one of those viewers. My mother and I ooh-ed and ahh-ed along with the audience of the live show as woman after woman appeared, dressed in high heels and sequins, their hair shining.

Behind the sparkle, though, the world of the mainstream beauty pageant was changing. Or rather, the world was changing, and demanding that the way we treated women changed with it.

The klaxon-wielding, flour bomb-throwing women who drove the host, American comedian Bob Hope, off the stage of the 1970 Miss World contest were not acting in isolation. They were part of a growing consciousness that women should not stand on a stage and be judged solely by their looks.

Miss World tried to modernise in the 80s, introducing the slogan “Beauty With A Purpose” and adding intelligence and personality as judging criteria, but it is no longer the global event it once was.

I think this is a good thing. I wonder, though – while we might not have men with tape measures policing women’s hip circumference, don’t we have as much, if not more, scrutiny and judgment of our bodies in other ways?

In 2019, a survey from the Mental Health Foundation found that one in five UK adults has felt shame because of their body image in the last year, while one in eight adults has had suicidal thoughts because of body image concerns.

The quickest of scans of TV schedules, magazines and social media provide many reasons for this. Certain magazines print photographs of women who look fine to me, but I’m wrong, and the great sins of armpit bulge or camel toe are circled in red to help me to see the ‘truth’. Instagram filters and YouTube tutorials on finding your best angles mean we can present an ideal image to the world, breeding a comparison culture in which we repeatedly compare ourselves to others seemingly perfect lives on social media – and find ourselves falling short.

The shocking extent of comparison culture was recently revealed in new research from Stylist, which found 39% of readers compare themselves with women they think look pristine without effort, and 58% of women believe social media has changed how others view them and how they view others.

There is a fightback, thank goodness. The fantastic This Girl Can campaign, which encourage girls to find a sport they love, shares adverts that are full of jiggling bellies, sweaty hairlines, sports bras that have seen better days, and the occasional tampon string. A 2017 EDF Energy campaign, called I’m Pretty Curious, was designed to encourage girls into STEM subjects, but also reminds us of how we diminish a woman when we judge her by looks alone.

I can’t wait to see Misbehaviour. I’m excited that a new generation of cinemagoers – the ones who weren’t born when I sat, cross-legged, in front of the TV and gazed at what the world was telling me was beauty – will get to see this story.

I wonder if they will think about how they have been taught, instead, to internalise unrealistic and limiting ideas of perfection. I hope they do. And I hope they realise that there is so much more to them than their height, waist size and eye colour.