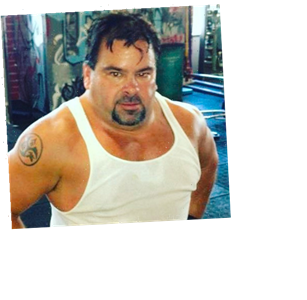 Like Ed Brown, Geoffrey Paschel is one of the more controversial 90 Day Fiancé stars. The reality TV personality’s biggest scandal involves being accused of domestic assault by an ex-girlfriend of his.

But in an interview with The Domenick Nati Show, Geoffrey had a few things to say about Big Ed. And they weren’t positive. “I’m just going to put it bluntly,” he said. “I think he’s a pervert. I think it’s disgusting the way that he treats her. I think that he’s manipulating her.”

Geoffrey points out that Ed might be getting an unflattering edit, as he feels he sometimes receives, but he thinks Ed still shouldn’t have said some of the things he said to Rose Vega.

RELATED: ’90 Day Fiancé’: Geoffrey Says He Tried to Soft Ghost Varya Before She Showed up at His Door

“Take note, I am based and edited to look a certain way on TV so I get that and he probably is too. I’m sure he’s provoked or pushed to do certain things. But even if Varya was in a situation where I didn’t even like her. Let’s say after the proposal when she said ‘not now,’ I’m not gonna go on there and say, ‘Hey your breath stinks and you need to brush your teeth more and use some Listerine. Here, I brought you this.’ I’m not gonna do that,” he said.

Geoffrey isn’t the only 90 Day Fiancé star who doesn’t agree with Big Ed’s behavior toward Rose. Cortney Reardanz thinks Ed was possibly trying to make Rose feel bad about herself on purpose.

“I’m furious if he’s just trying to rip away her self esteem so then she wants to be with him because I feel like a lot of ugly guys that get attractive girls start like tearing down their self-esteem so then they feel, ‘Oh yeah, maybe I am ugly or maybe I smell or maybe I’m not good enough. Maybe another man wouldn’t want me.’ I’m curious if he actually felt that about her or if he was trying to tear down her self-esteem because he feels insecure with himself,” she told The Domenick Nati Show in a different interview.

RELATED: ’90 Day Fiancé’: Geoffrey Breaks Down What Really Happened Between Him, Mary, and Varya

Additionally, she felt Ed was disrespectful to Rose’s family when he visited.

“He went to a third world country and then he acted like, ‘Ew, you’re poor’ basically. I felt so bad for her and her family. They opened their home to him and I feel like he just kind of exploited them. ‘Ew, they sleep on the floor.’ ‘Ew, they don’t have electricity.’ Like, ‘Ew, this is how they shower.’ ‘Ew, there’s a rat.’ He has the nerve to be like, ‘I don’t think she wants to live here. She wants to go to the US or she wants money or this or that,’” she said.

Read more: ’90 Day Fiancé’: Geoffrey Insists That Mary Was Not a ‘Rebound’ After Varya