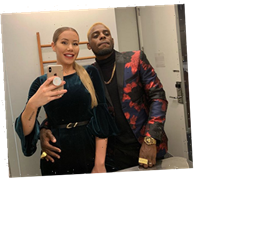 90 Day Fiancé and TLC have been accused of doctoring storylines for drama by fans and stars on the show in the past — but so far, there’s been no serious conclusion to those claims. Now, Jasmin Lahtinen and Blake Abelard seem to be making the same claim about the popular reality show. Lahtinen has claimed that she was painted in an unflattering light by TLC and has been acting, suggesting that their relationship was not accurately represented on the show during Season 7 of 90 Day Fiancé. Jasmin Lahtinen and Blake Abelard have been receiving some backlash from fans, many of whom claim that the two just don’t seem suited to one another. Lahtinen appears to be introverted and enjoys quieter activities, while Abelard enjoy partying and performing with his friends.

Now, however, Jasmin Lahtinen seems to be suggesting that their storyline has been edited to make them appear incompatible. On Instagram, one fan wrote, “I feel like you think you are too good for the world! Your attitude sucks! Makes it seem you’re with him for papers, just my opinion.”

Lahtinen responded with, “Fake tv show.” She also included a monocled emoji in her reply. In a similar instance, an Instagram user wrote, “You seem pretty mean on the show.”

Lahtinen replied with a simple, “Acting.”

Typically, those who appear on 90 Day Fiancé sign NDAs that prevent them from discussing the current status of their relationships, or how the show was organized. It will be interesting to see how Lahtinen’s statements on Instagram pan out with TLC.

Not the only ‘90 Day Fiancé’ cast member to complain

I am wherever there is love

Sarah Jessen, Michael Jessen’s ex-wife, has also had complaints about how TLC has been editing this season of 90 Day Fiancé.

In one scene early in the scene, Michael Jessen and Sarah had a discussion about Juliana Custodio and parenting. Sarah told Custodio, “The kids have great parents. Michael is a great father and I’m a great mom. And what I want from you is to not parent, at all.”

At first, fans thought this was Sarah Jessen laying down the law. However, like Jasmin Lahtinen, Jessen has since said that this was editing on TLC’s part.

She wrote on Facebook, “[T]he ‘I don’t want you to parent’ comment was cut mid-sentence. What they edited out was the reason I have her which was ‘you’re adjusting to a new home, a new country and have a new relationship. I don’t want you to feel the added stress of feeling the responsibility of trying to parent Max and Cece.’”

“Juliana and I are EXTREMELY close and I hope the producers will end up showing how our relationship has evolved and you will stay tuned with an open mind and heart,” she added.

Are Blake Abelard and Jasmin Lahtinen still together? [Potential spoilers ahead!] Meanwhile, it does seem as if Bale Abelard and Jasmin Lahtinen are still together following this season of 90 Day Fiancé.

In fact, the couple may be married now. The Instagram account fraudedbytlc posted a photo of what looks like a wedding reception event, in which Lahtinen is wearing a white dress and holding a white bouquet, and Abelard is wearing a very stylish full suit.

Lahtinen also posted a photo on her Instagram of her and Blake Abelard in New York City just three days ago, so fans of the couple can probably rest easy.