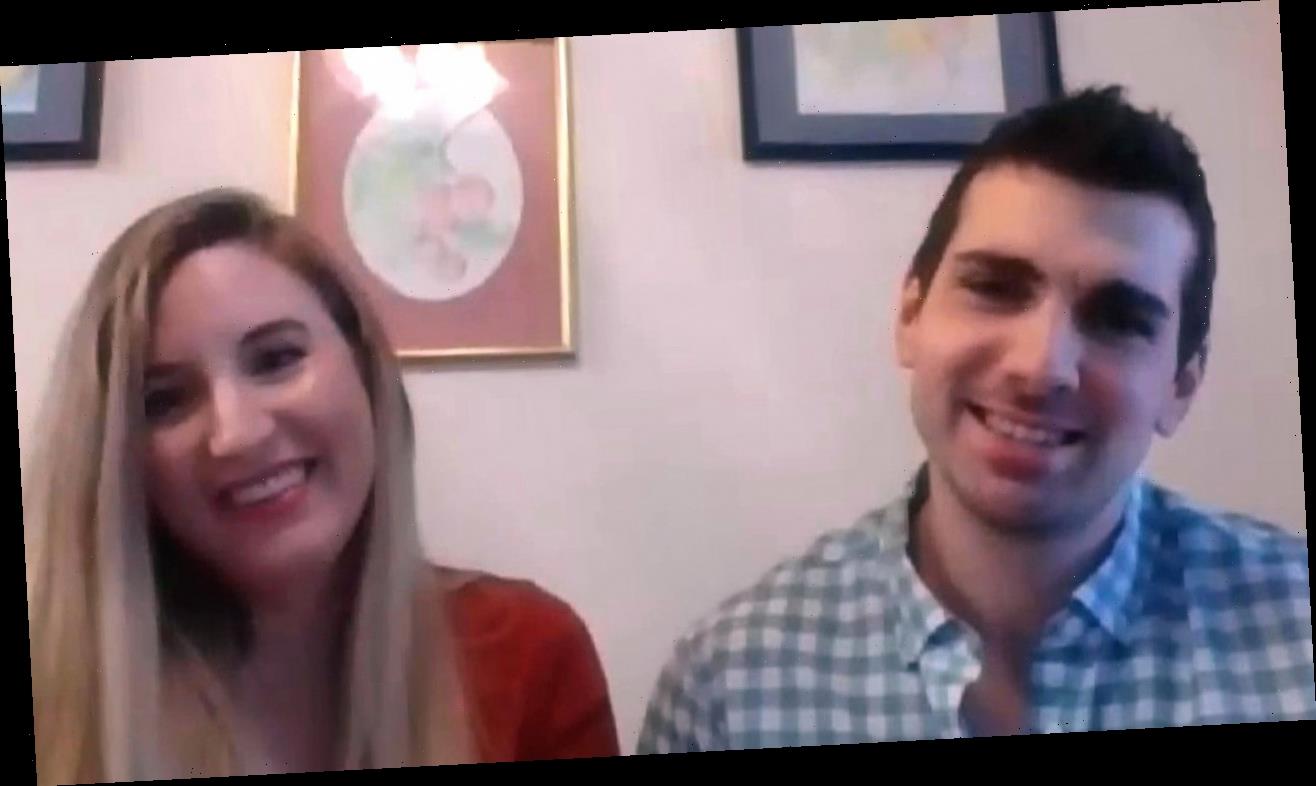 90 Day Fiance season 7 couple Sasha and Emily have had to make some tough adjustments amid the coronavirus pandemic.

ET spoke with the couple on Wednesday via video chat, and the two gave an update on how they’ve been ahead of appearing on the upcoming TLC spinoff, 90 Day Fiancé: Self-Quarantined, which debuts on Monday, April 20 at 9 p.m. ET/PT on TLC. They’re two of the more than 40 cast members from the show’s six-year history who will be giving updates on their lives amid the coronavirus pandemic.

Sasha, who moved from Russia to be with Emily in the United States, candidly talked about his struggles now being their young son, David’s, main caregiver while Emily works. Prior to the coronavirus pandemic, Sasha finally got the work permit he was eagerly awaiting and was living his dream to be a personal trainer, but all gyms were shut down just a week later. He and Emily are currently quarantining with Emily’s father, her stepmother and her 15-year-old sister.

“I’m a babysitter again,” Sasha tells ET’s Lauren Zima. “Now I’m stuck at home and it’s been a month and I can see how I’m losing my [physical] progress… It’s kind of hard for me mentally and I’m trying to stay positive. I’m trying to do simple workout at home, at least it’s something.”

“Sometimes it can be frustrating for me,” he continues about being with David the majority of the day. “He’s a calm baby. He’s an easy boy, but I’m a worker … and now my lifestyle has changed. … I’m only spending time with the baby, while my wife is working and that’s weird, staying home like a housewife.”

Though clearly, Sasha and Emily are keeping their sense of humor amid the situation, with Emily playfully laughing at a few of Sasha’s answers throughout the interview.

While Emily says their relationship is “stronger than ever,” they both agreed that they’re definitely not ready to have another kid together. Aside from David, Sasha also has two other sons with his two ex-wives back in Russia.

“No, I made sure that wouldn’t happen,” Emily says of the possibility of getting pregnant again.

Sasha does note that if he were to have another child with Emily, he wouldn’t want it to be a girl.

“Girls are really complicated, you have to buy more for her and when she’ll be a teen, I’ll be worrying so much,” he explains. “I’ll be watching her all the time. I’ll kick her boyfriends’ a**es to make sure he’s worthy. That’s really complicated and it’s easier with a boy. A boy you can yell at him and say, ‘Hey, stop it!’ Girls are more sensitive, it’s totally different.”

As for what 90 Day Fiance viewers will see from them on 90 Day Fiancé: Self-Quarantined, Emily says hopefully it’ll be a lighter side of their dynamic as a couple, and of course, more of Sasha spending time with his son.

When it comes to Sasha’s rocky relationship with Emily’s sister, Betsy, Sasha says the two are getting along better, mainly since they have nothing to fight about now that they no longer live with her.

Of course, Betsy wasn’t the only one who had doubts about Sasha and Emily’s relationship during their 90 Day Fiance journey. Sasha tells ET he is also unconcerned with the blunt comments his first ex-wife said about him on the show, when she implied that Sasha only wanted to be with Emily in order to come to America. Sasha says “of course” he didn’t use Emily to come to the United States.

“My relationship with my ex was a long time ago, was around 10 years, and maybe I did make mistakes,” Sasha acknowledges. “Maybe I wasn’t such a great husband or father. Yeah, I accept it. But with what she said, I don’t know, she doesn’t know me now because as I said, it’s been about 10 years since we’ve been in a relationship and after this, she doesn’t know anything about me. She was just speaking about past experiences about our old relationship. She said what she said.”

Meanwhile, for more on the latest season of 90 Day Fiance: Before the 90 Days, which airs Sundays on TLC, watch the video below: