A modern Joan of Art: Challenging Sydney’s colonial past 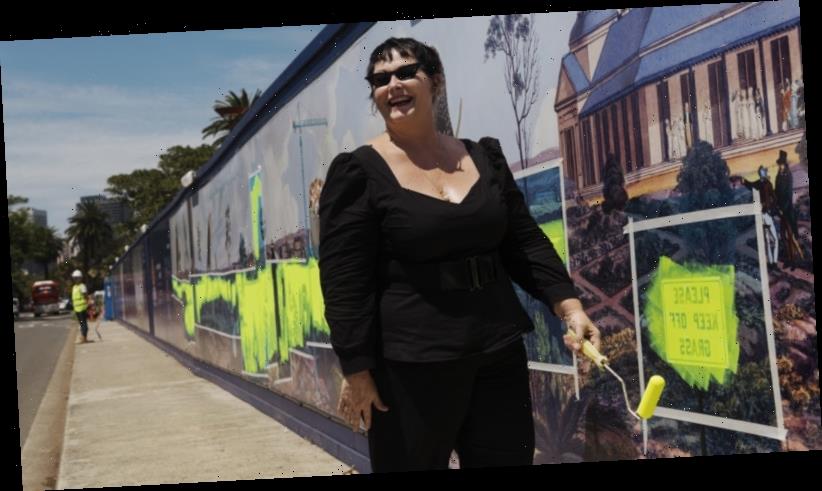 Sydney artist Joan Ross has worked on some large canvasses but never one as large or as public as her current commission.

Art Gallery of NSW has commissioned her to create an original work for the hoarding that wraps around the construction compound of Sydney Modern, a project that effectively doubles the gallery's exhibition space.

The 20-metre long mural is a meld of five historical imagery and watercolours by colonial-era artist Joseph Lycett, overlayed with iconography from the modern world and interspersed with the occasional headless bird. 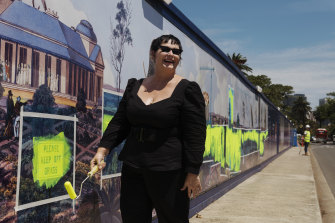 Construction of the Sydney Modern Project is creating a new home for art through the hoarding surrounding the site. Sydney artist Joan Ross with her piece using fluorescent yellow paint, which is a signature feature of her multidisciplinary work. Credit:James Brickwood

Ross, a Sulman Prize winner, brings together the panoramic work, We have sung the same song for millions of years, with dashes of high visibility (hi-vis) yellow which were yesterday hand-painted onto the vinyl "canvas".

The large-scale commission foregrounds demolition and excavation works taking place on the site of $344 million Sydney Modern project. Construction is due to finish March 2022.

The artwork, devised well before Australia's summer of bushfires, paid homage to the longevity of the planet while recognising long-standing human connections to place.

Birds, as carriers of knowledge, represent both the endurance of Indigenous culture and the ancient history of Australia’s endemic plants and animals.

"It's a message about how we care about our environment and our animals,"' Ross said. "A bird without a head can't sing."

The hi-vis fluorescent yellow was introduced into her work to symbolise authority and control and represented colonisation, Ross said. 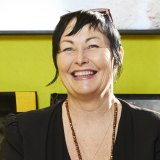 "The fluoro colour is very alien to the [Australian] landscape, and it's a very loaded colour; it holds fear, it holds control. Basically, if you are wearing a fluoro jacket you can do anything to the land, and no one questions you."

The Sydney Modern project features a series of pavilions that step down towards Woolloomooloo and Sydney Harbour, repurposing a decommissioned WWII naval oil tank, underground next to the Eastern Distributor, as a contemporary art space.

It's expected Sydney Modern will open to the public in late 2022 once climate controls are settled and works hung.

Ross's work will be up for 12 months, to be replaced by another commissioned from an Australian contemporary artist.

Anne Ryan, curator of  Australian prints, drawings and watercolours said Ross's work was a thoughtful and playful example of the kind of contemporary art to be showcased and celebrated inside Sydney Modern.

The gallery recently acquired several works by Ross including the gift of a 2015 video animation Colonial Grab.