A Place in the Sun: Ben Hillman astounded by guest’s brutal swipe ‘What’s wrong with it?’

A Place in the Sun: Guest says she runs her own business

Ben was on hand to help Lisa find her dream family home in the Spanish region of Menorca, more specifically the town of Cala En Porter. The A Place in the Sun guest was joined by her father Ron to advise on her decisions as he would most likely make trips to see his daughter. With a budget of £325,000, the Channel 4 presenter was pleased the property hunters had a substantial amount of money to spend, meaning he could find them higher-priced homes which were on the market. However, during the search, Lisa thought she could give the interior designer her opinion on some work he could have done on his face.

Beginning the search, Ben showed the father and daughter a property valued at £312,500, which was actually comprised of two bungalows.

Ron was enticed by the swimming pool situated at the front of the establishment, whilst Lisa was more concerned about how close the neighbours were.

After looking around the four-bedroom villa, the guests were left unimpressed by the amount of space available as everything seemed rather closed off.

However, they said they didn’t want to rule it out and with that in mind, the presenter set up another viewing.

From the offset, the pair were blown away by the views and location of property number two, valued at £312,500. 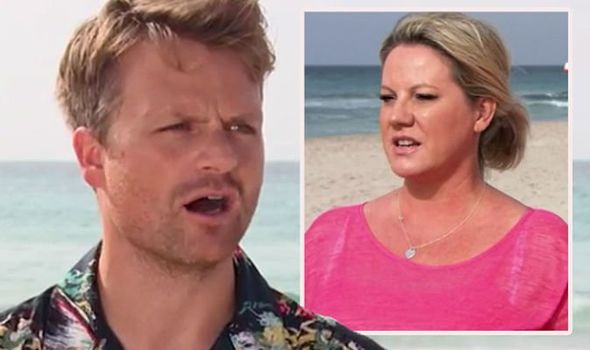 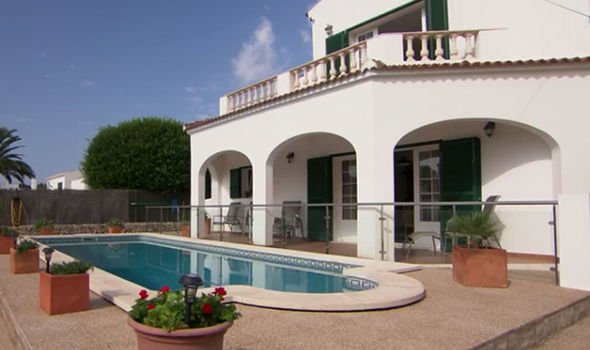 The three-bedroom villa was more private and Lisa told the presenter it was “much better view wise” than the first property.

Ben listened in as the guests told him the space in the house could be “utilised” a bit better but they did like it.

Therefore, property number one was taken out the running but the interior designer thought he could do even better.

Taking the pair to property number three, they were astounded by its modern aesthetic and were more shocked to discover it was on the market for £336,000. 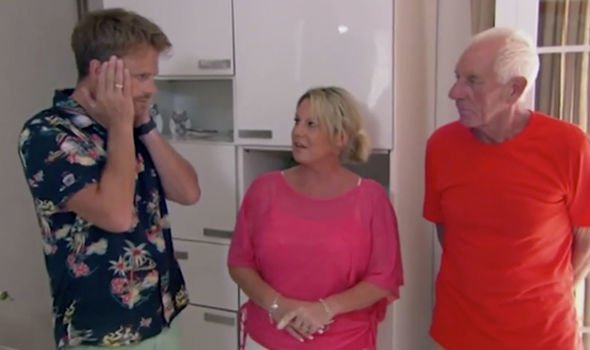 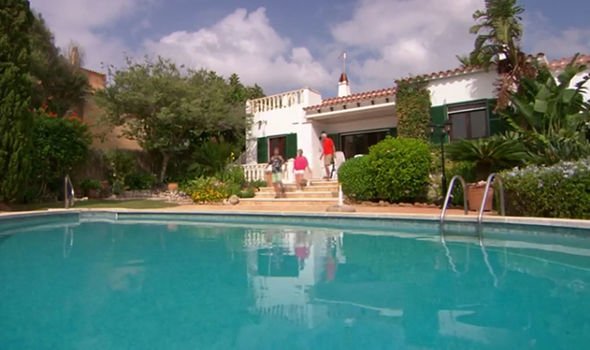 What’s wrong with it?

With a private pool and three bedrooms, the pair were impressed the property was ticking several boxes on their list.

As the viewing commenced, Lisa explained to Ben she wanted to set up her own beautician business in the area where she settled.

The presenter then asked what she would do to his face with the guest telling him she would do some work to his forehead.

“My forehead, what’s wrong with it?” the interior designer asked to which the guest then tried to backtrack.

Lisa told him it was “just when he squinted” there were a few lines she would like to get rid of.

After completing the viewing, Lisa and Ron told the presenter that property number three had now become their favourite.

Ben still had two more properties to show, however, and proceeded to show the pair the fourth home on his list.

The three-bedroom, two-bathroom villa was situated within a stone’s throw away from the beach and also had its own private pool.

Valued at just under £230,000, this was the cheapest property the host had shown the father and daughter.

Although they seemed to like it initially, by the end of the viewing, Lisa ruled it out as somewhere she was going to buy.

This meant property number five had to pull everything out the bag if it was going to take Lisa away from number three.

On the market for £323,000, the three-bedroom villa had views of the Mediterranean sea and was situated on Lisa’s favourite road in Cala en Porter.

Its features included a gated entrance, sun terrace, private pool and barbecue area as well as having a garage.

With the property situated within reach of local amenities and a 10-minute walk away from the beach, the guests were very impressed.

Having completed all the viewings, Lisa explained she was going to have to speak to her husband back in the UK about what to do.

The next day, she sat down with Ben and went through the pros and cons of all the properties she and Ron had seen.

Unfortunately, she declined to put an offer in on any of the villas as she said she and her husband wanted to increase their budget by £50,000 and look at places on the market for £400,000.

However, she did tell the interior designer if their plans fell through, she would be back to snatch up property number three.