A ticket kiosk in Leicester Square is on sale for £3.3 million 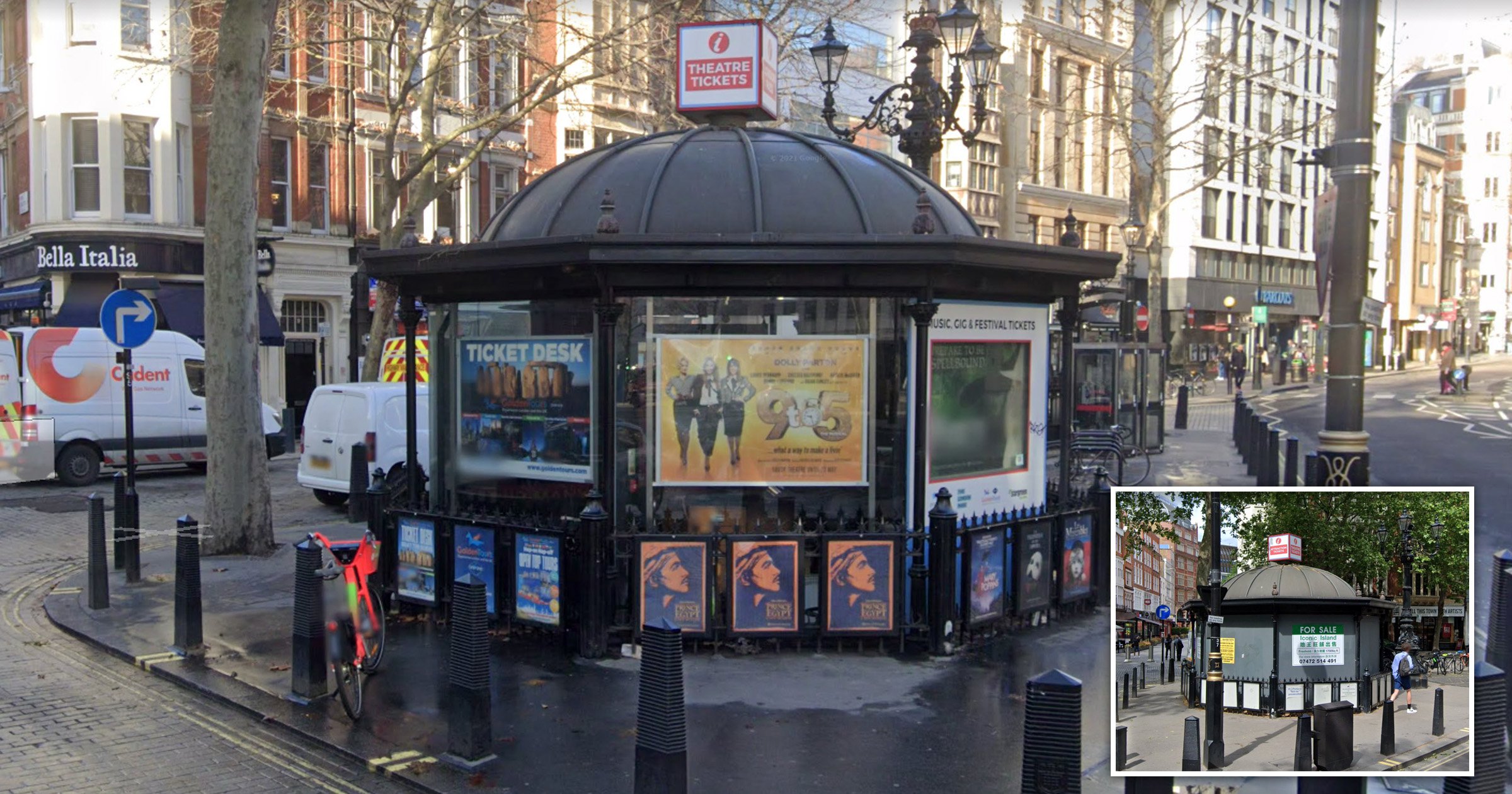 Housing prices in London are staggering, as we all know, with small bedsits with barely even a fridge going for £2,000 in rent or over £500,000 to buy.

Many of us young millennials or Gen-Z-ers cannot even begin to fathom how many coffees and avocados we’d have to sacrifice to save for even a meagre deposit or get a mortgage.

Because London is having a completely normal one, a tiny ticket kiosk near Leicester Square is currently on sale for a ridiculous £3.3 million – how many days would we have to eat plain pasta for a 10% deposit?

This freehold property is located on Charing Cross Road, and it’s a small structure on ground level with a cast iron staircase that leads to the larger basement area.

It used to be a kiosk selling theatre tickets for the West End, and can be recognised by the various iconic show posters that adorned the outside of it, so tourists and theatre-lovers alike knew where they could get access to the hottest show.

It’s available for use by any business, as it’s unlikely anyone would want to live in such a busy thoroughfare.

The ground floor is 250 sq. ft and the basement floor is nearly six times its size at 1448 sq. ft – that’s bigger than most London flats.

The building has been on the market for at least eight months and hasn’t had any takers, likely because the restricted access would mean only certain businesses would be able to utilise the space.

A single staircase going downstairs without proper ventilation wouldn’t work for a restaurant, but perhaps a fancy cocktail bar – like the nearby underground Freuds? – or an exclusive casino.

In the listing, it’s named as the ‘Iconic Island’, and though it may be true, a £3.3 million price tag is a bit steep even for a big business. The listing was put into the Londonist Urban Oddities Facebook group, according to MyLondon, where users were speculating how they could transform the space into a gorgeous living area.

On person said: ‘I would love to have it as a secret hideaway flat in the centre of the West End, but it would need to be a EuroMillions ticket win first.’

Another added: ‘I wonder if you could have an elevator to drop a car down to the basement level garage and building your living quarters there if planning permission allowed for a change of use.’

Don’t forget that the £3.3 million cost is excluding VAT, and not to mention renovation costs to make sure the building is fit for whatever new purpose you want it to be.