ABC to relocate 300 staff to Parramatta

Australia’s national broadcaster will start relocating staff from its inner-city Sydney headquarters to new facilities in western Sydney in a push to become more relevant to its audience and connect with fast-growing local communities.

The ABC informed staff on Wednesday morning of plans to move 300 employees to Parramatta, a proposal which was outlined in its five-year plan last June. The broadcaster is currently in talks with a property advisor about suitable locations for the ABC’s facility and said it was considering what to do about its property and operations in other locations across Australia. 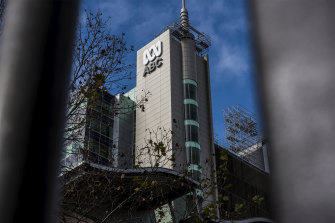 The location of ABC staff has been a point of contention for years.Credit:Steven Siewert

“It will help us to be more connected, relevant, and engaged with communities in the demographic heart of Sydney,” Mr Anderson told staff in an email.

“We are only at the very start of this process. We will come back to you in the next few months about this process, including our work in developing a timeline for the relocation.”

In a statement on Wednesday, the ABC said Parramatta was an “ideal location” for journalists and producers and that it would make it easier for staff to engage with more parts of Sydney. About 200 of the staff to relocate will be from content divisions – specifically from the news, regional and local and entertainment and specialist divisions. Other staff relocating will be from support teams.

“It is anticipated the process to find and develop the new facility, identify the appropriate teams and roles to relocate there and then move staff to the new premises will be complete by 2024,” the statement said.

“A key part of the planning process will be to develop an appropriate timeline to facilitate the move.”

The announcement comes a year after ABC managing director David Anderson announced plans to relocate a large number of staff as part of broader efforts to cut costs and more accurately represent the nation. The ABC said that part of its five-year plan would involve moving 75 per cent of the “content makers” at the national broadcaster outside of the Ultimo headquarters.

The location of the ABC headquarters has been a point of contention for several years, particularly because of the ABC’s concerns regarding funding. Communications Minister Paul Fletcher sent a letter to Mr Anderson last March suggesting the ABC consider consolidating its inner-city portfolio, which includes multimillion-dollar real estate assets in Ultimo and Southbank. 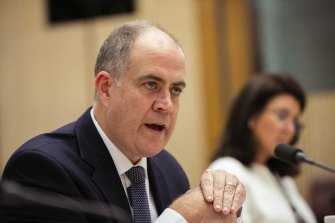 The announcement comes a year after ABC managing director David Anderson announced plans to relocate a large number of staff as part of broader efforts to cut costs and more accurately represent the nation.Credit:Dominic Lorrimer

Mr Anderson resisted the urge to sell the headquarters at the time, saying it was not realistic and that the ABC could not afford to invest “hundreds of millions” in relocating. He conceded the taxpayer-funded organisation wanted to better represent households in the outer suburbs of cities and in June announced plans to move about 75 per cent of staff out of the Ultimo headquarters by 2025.

The Business Briefing newsletter delivers major stories, exclusive coverage and expert opinion. Sign up to get it every weekday morning.