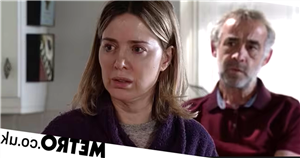 Coronation Street’s Abi Franklin (Sally Carman) is left reeling in this new video clip as the police update her on the investigation into her son Seb’s (Harry Visinoni) murder.

Abi has been determined to get to the bottom of what happen to Seb and Nina Lucas (Mollie Gallagher) and she is convinced that lying Corey Brent (Maximus Evans) was at the heart of it.

However, Kelly Neelan (Millie Gibson) is the one who is arrested and then charged for Seb’s murder while two of Corey’s mateshave admitted to assaulting Nina.

Corey however has made up a false alibi and Abi is shocked to learn that he is still walking free.

As she takes in the information, the officer outlines what appears to have happened, confirming that Nina and Seb were targeted because of intolerance over the way Nina looks. 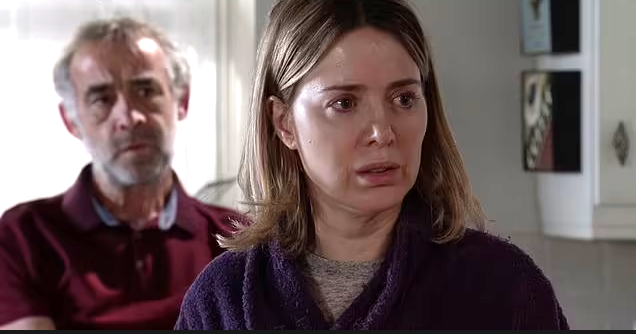 Abi points out that that means Seb was not involved and actress Sally has confirmed that Abi will end up wholeheartedly blaming Nina for what happened to her son.

he officer also tells her that Seb’s body can be released for a funeral so now she has to face the arduous process of saying a final goodbye to her beloved child.

How will Abi get through this – and will she ensure that Corey faces justice too?

Coronation Street airs this hour long episode on Friday May 14 at 7:30pm on ITV.