A married couple who enjoy learning acrobatics in their spare time have recreated a unique wedding photo ten years on, with their two children helping to perform the difficult tricks.

Wedding photographer James Day met Jen and Justin at their ‘very chilled out’ nuptials in Newtown, Sydney, where they hired their favourite restaurant for guests to eat at after the ceremony.

During the couple’s photo-taking session on the grounds of Sydney University, Jen and Justin decided to perform a difficult gymnastic move, which Mr Day snapped for the pair to treasure the moment.

‘She’s a doctor and he works in software. The acrobatics is just a hobby and to this day only Jen has continued doing it,’ Mr Day told Daily Mail Australia. 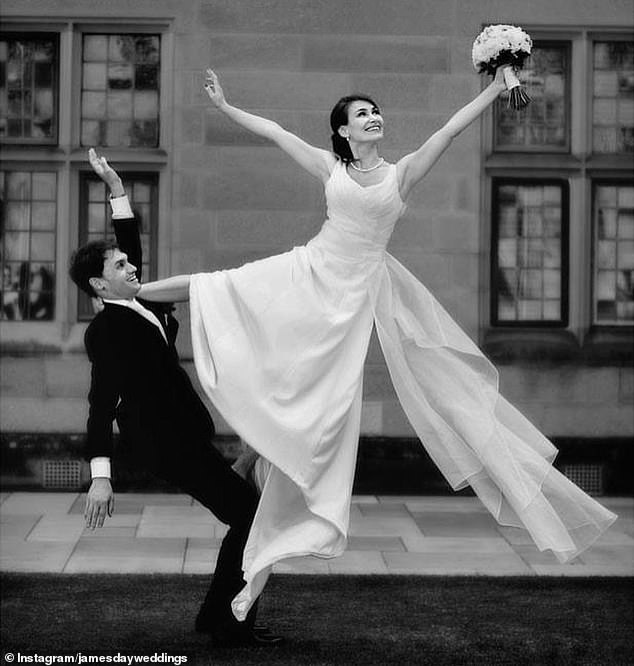 Photo one: Jen and Justin took this one acrobatic image on their wedding day in 2011 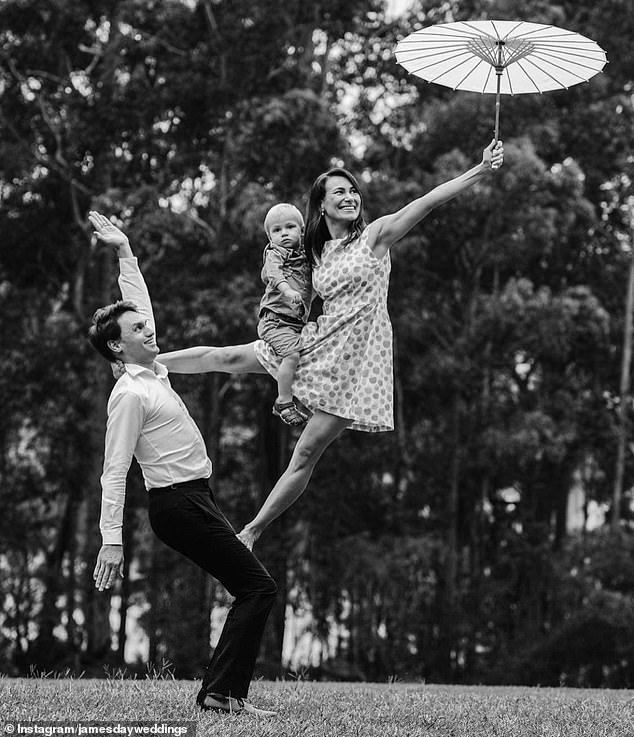 Photo two: Then at Jen’s sister’s wedding Mr Day took an ‘opportunistic’ image of the pair – this time with their young son 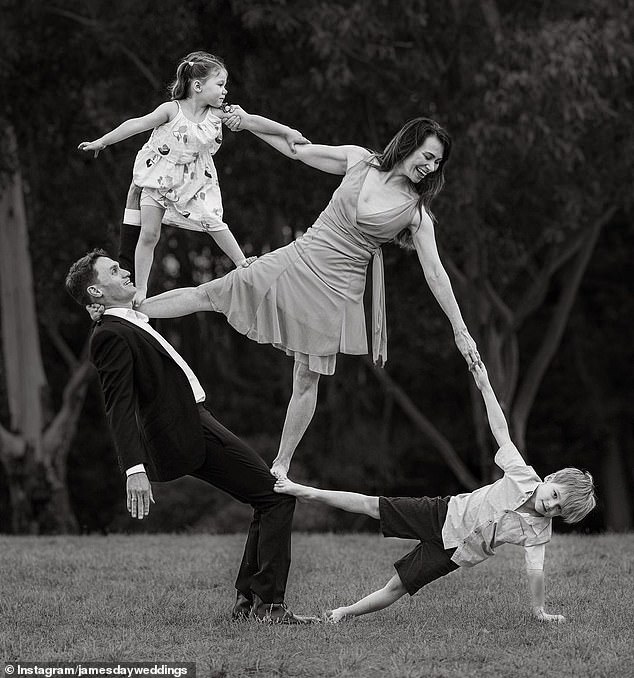 Photo three: One their tenth wedding anniversary Justin and Jen got the same photo with their young son and daughter

As fate would have it Mr Day was asked to photograph Jen’s sister’s wedding five years later and Jen and Justin – as guests – decided to strike the same pose for the camera – this time with their young son in tow.

‘It was completely opportunistic. Then they contacted me in lockdown and asked whether after the restrictions ended I would be able to take some more photos of them. This time it’s with two kids,’ Mr Day said.

‘So at the first opportunity we could, and as close to their 10-year anniversary as possible, we went for it.’

On the special day the pair brought their acrobatic instructor Jonathan from Sydney Acrobatics School along who put together a list of various poses they could perform with all four individuals. 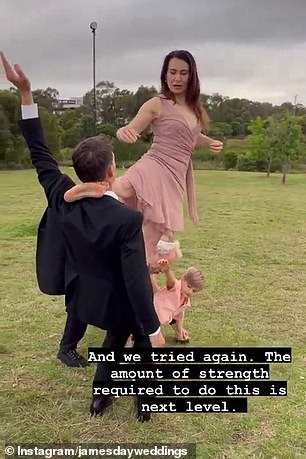 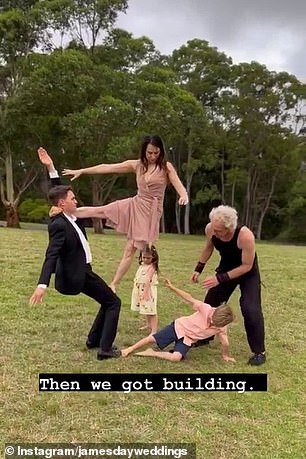 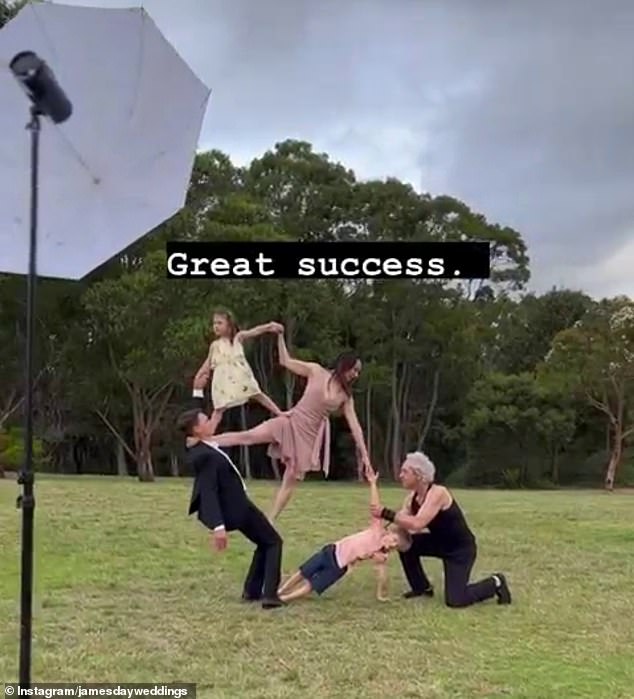 One of those photos mimicked the first two they had taken at their wedding and sister’s reception, which they managed to hold for more than a few seconds

‘He had them all drawn out and we made our way through a whole bunch of them,’ the photographer said.

One of those photos mimicked the first two they had taken at their wedding and sister’s reception, which they managed to hold for more than a few seconds.

Even the kids, who don’t do acrobatics, were able to stay up for the impressive pose.

And they’ve already got their sights set on making the image a family tradition.

‘At the end of the day Jen and Justin said “see you in five years,”‘ Mr Day said.