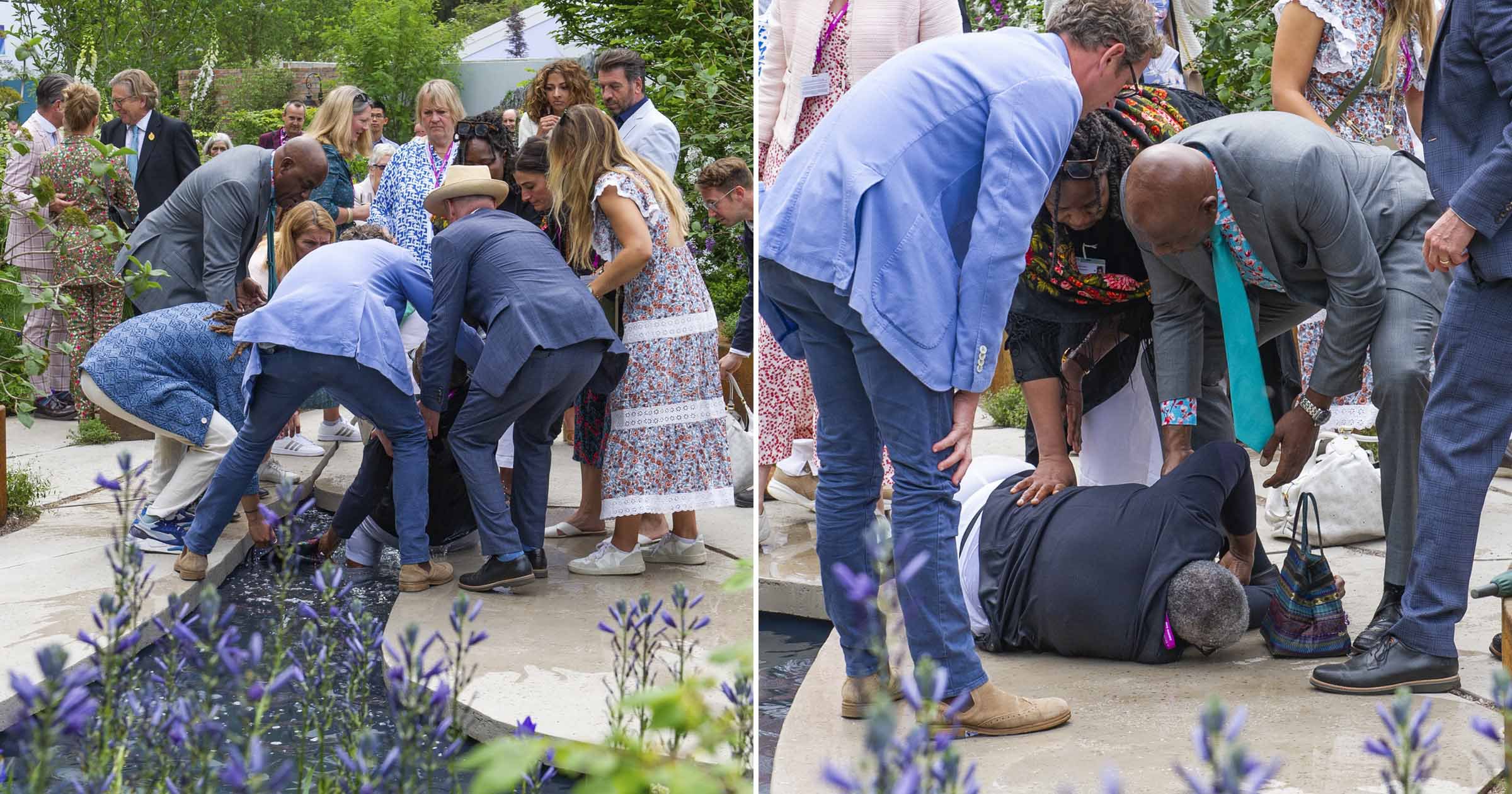 Ainsley Harriott proved to be a real life hero after saving a woman from drowning at the Chelsea Flower Show.

The beloved TV chef sprung to action after spotting the guest trip and fall into a water feature.

DIY SOS star Nick Knowles was among the famous attendees who reportedly watched on in horror.

The dramatic scenes unfolded during the first day of the event, hosted by the Royal Horticultural Society (RHS), at the BBC display at Chelsea Hospital.

The water feature was part of the BBC Studios’ Our Green Planet and RHS Bee Garden display.

Ainsley, 65, is said to have pulled the woman to safety along with several others before she received treatment from paramedics. She was rushed to hospital but her condition is currently unknown.

Photos show a large group of people standing around the woman lying on the floor, with Ainsley reaching down to touch her.

Detailing the terrifying incident, one onlooker told The Telegraph: ‘The garden was packed with lots of people and I think the woman must have fallen into the pond or tripped over and ended up in the water.

‘I think she nearly drowned. She was pulled out by Ainsley Harriott and some other celebrities before they laid her down on the floor. She was coughing up lots of water.’

Matt Peskett, an RHS volunteer who saw the accident, said they will now have to place barriers around the feature to avoid similar incidents in the coming days.

He recalled the woman stepping backwards and ‘fully [falling] in, not just a foot’.

The Queen was expected to attend the first day of the Chelsea Flower Show, but Buckingham Palace said it would be a last-minute decision due to her ongoing mobility issues.

The Chelsea Flower Show will be on from Tuesday, May 24 until Saturday, May 28.