ALEX BRUMMER: Nissan’s new announcement is a stellar victory… but there’s still so much to do

As a symbol for Brexiteers of our chances of success on the international stage after leaving the EU, it could hardly have been more totemic.

Nissan’s unveiling of a £1billion factory, to be built in the North-East, is easily the most significant industrial decision taken by a multi-national company in Britain since the referendum five years ago.

As the developed world shifts to driving electric cars, battery capacity will be vital.

The enormous new ‘gigafactory’, which will churn out 100,000 batteries per year and create some 6,200 jobs, is a stellar victory for the British motoring industry, signalling that the country is open for business and standing as a lasting sign of Boris Johnson’s much- trumpeted ‘levelling-up’ agenda. 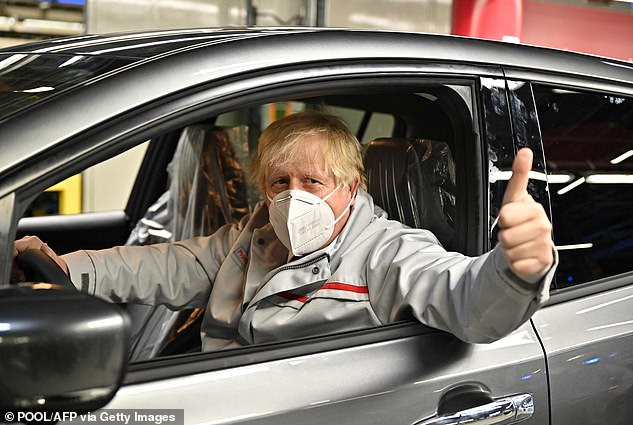 In the run-up to – and fallout from – the Brexit vote, there were constant warnings that Nissan would have to take its business to the Continent if we left the EU. The multinational’s ‘just-in-time’ production schedules, the doomsayers insisted, would be mortally at risk

In boosterish form yesterday, the Prime Minister declared the move will provide a ‘massive benefit to the UK economy’.

Nissan hailed Britain’s ‘business-friendly’ regime – and it was, after all, thanks to Brexit that the Government was free to inject a ‘confidential’ sum – believed to be hundreds of millions – to encourage the investment.

What a rebuke to the gloomy predictions that Sunderland and other Red Wall areas, in having chosen to Leave, would prove to be little wiser than the proverbial turkeys voting for Christmas.

In the run-up to – and fallout from – the Brexit vote, there were constant warnings that Nissan would have to take its business to the Continent if we left the EU. The multinational’s ‘just-in-time’ production schedules, the doomsayers insisted, would be mortally at risk.

As late as November 2019, Tony Blair’s former spin doctor, the arch-Remainer Alastair Campbell, tweeted tartly: ‘If we leave, Nissan leave.’ Well, it didn’t turn out like that. 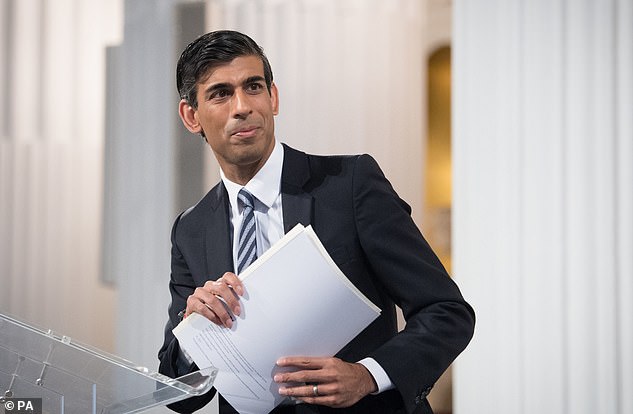 So does this mean that every one of the Brexiteers’ sunlit predictions has been shown to be correct? Not exactly.

Britain’s world-leading financial services industry, for example, is facing an uncertain future. In his keynote Mansion House speech to bankers last night, Chancellor Rishi Sunak revealed that he had finally given up on any attempt to strike a once longed-for agreement with the EU on financial dealings. (The current Brexit deal covers goods, but not services.)

Britain had been pushing hard for the EU to grant ‘equivalence’ to our banks, meaning the City could access markets on the Continent more easily.

Instead, the Chancellor is now seeking to make a virtue of No Deal, saying that the UK now has ‘the freedom to do things differently and better’.

Bankers and dealers contribute an enormous £76billion to the Exchequer annually, and the sector employs some 2.3million people. (The fishing industry – which became such a thorny issue during the fraught Brexit negotiations, and for whom a deal was eventually struck – contributes less than £450million.)

France and other EU countries are determined to drag lucrative trading in complex areas back to the Continent, undermining London’s hard-won status as the financial hub of Europe.

Yet another blow came yesterday, as it emerged that Britain has been forced to abandon its plans for a digital tax on tech firms. Even though most economists predicted that it would not generate huge revenues, compromising on this popular policy is deeply controversial.

To make matters worse, the news was revealed after Gap announced it planned to close its UK stories.

The loss of the digital tax will cause particular outrage in the retail sector, as well as infuriating others who have long been loudly demanding that the tech giants pay their fair share.

Amid the spectre of rising inflation – which the departing Bank of England economist Andy Haldane warned of only this week – the Chancellor hopes that Britain can stay ahead of international rivals by using innovative products such as ‘green bonds’, where people lend their money to the Government to invest in eco-friendly infrastructure projects.

So, the picture is mixed. Nissan’s investment and the various banking deals being struck are steps towards fulfilling the vision of global Britain.

But shrinking from a tougher stance on taxing Amazon – while giving juicy favours to City banks – is unlikely to go down well at the Dog and Duck in Sunderland… even though drinkers can rightly toast the jobs and investment coming their way.