The late “Jeopardy!’ host Alex Trebek’s wife, Jean, has shared a touching photo of the couple on their wedding day – including a message of thanks for all the support her family has received.

“My family and I sincerely thank you all for your compassionate messages and generosity. Your expressions have truly touched our hearts. Thank you so very, very much,” she wrote on Instagram.

“Many Blessings to all, Jean Trebek,” the 80-year-old game show icon’s wife of 30 years added.

Trebek died of stage 4 pancreatic cancer on Sunday surrounded by his family and friends at his home in Los Angeles. In addition to Jean, he is survived by their two children, Emily and Matthew.

In the poignant image, he is seen in a white tux with his signature mustache as he slips a ring onto his bride’s finger.

Trebek lost his hard-fought battle against the illness after fulfilling his wish of spending his final hours with his wife on a swing “watching the horizon.”

“Even in his book, he described that he wanted his final day to be sitting on his swing next to his wife, Jean, and kind of watching the horizon and he got to do that,” the show’s executive producer Mike Richards told the “Today” show.

“He was coherent, he wasn’t in pain and the fact that he had a nice, final day makes all of us in the ‘Jeopardy!’ family feel much better.” 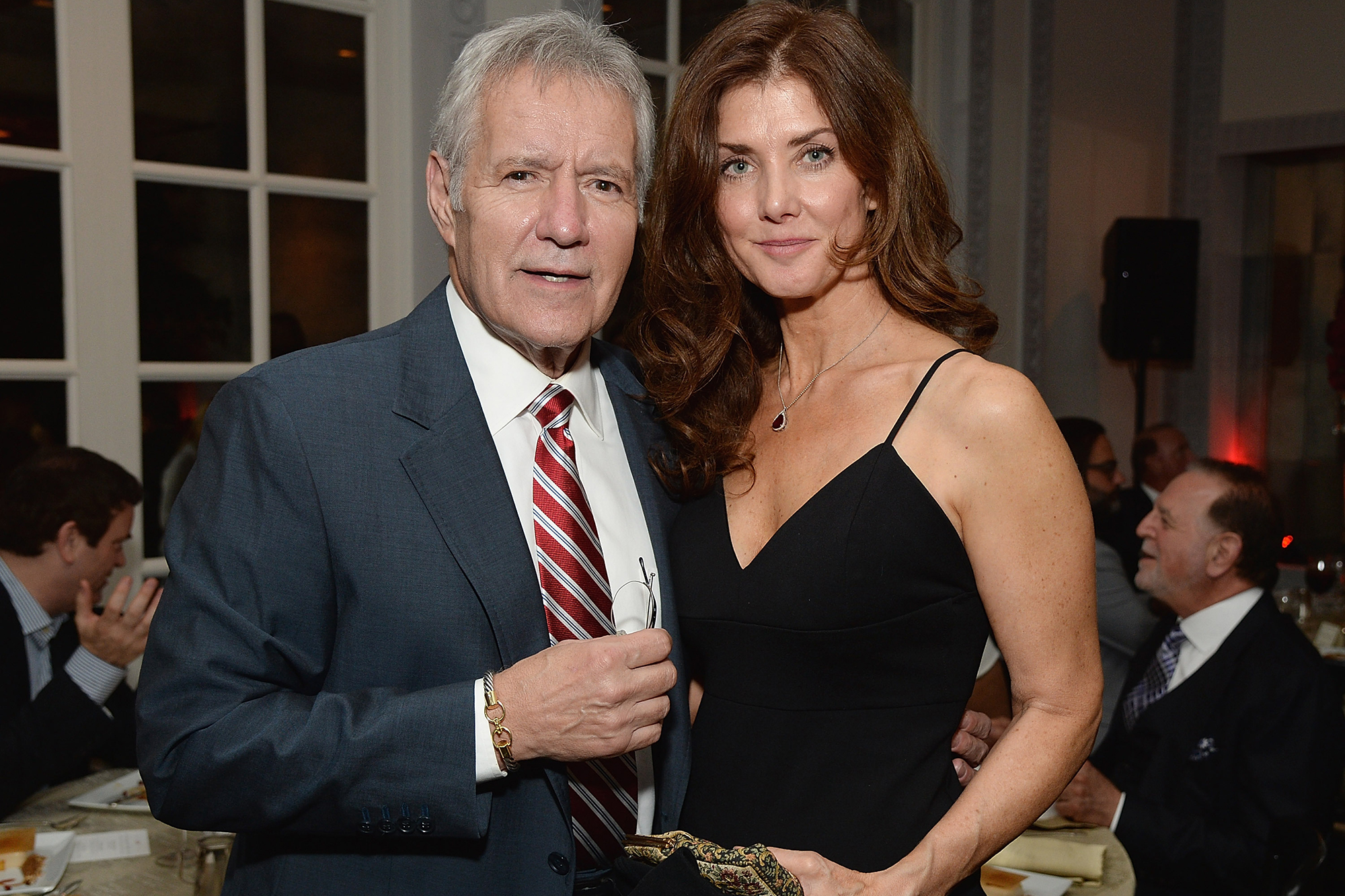