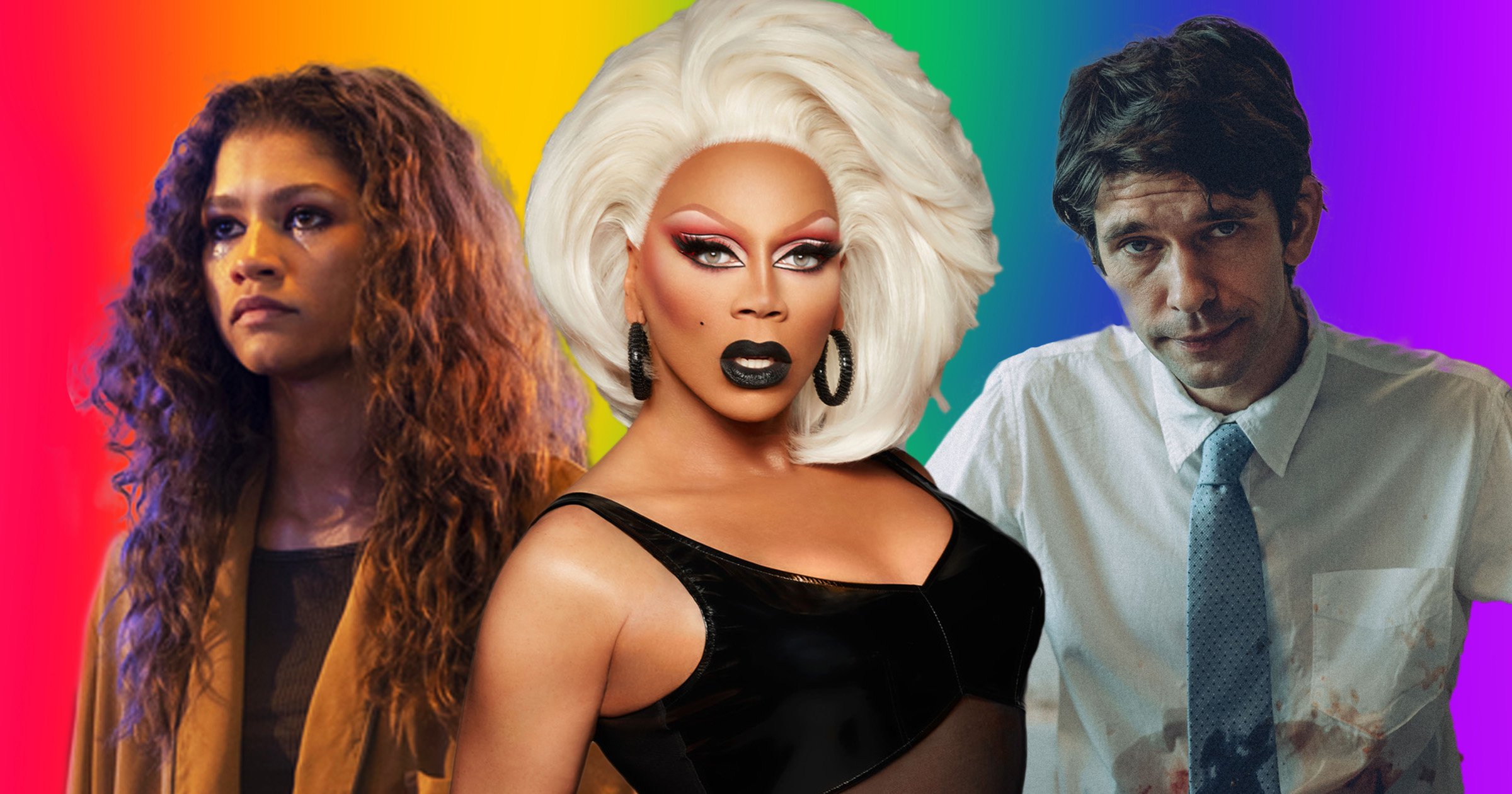 As 2021 comes to a close it’s time to look forward to all the exciting new LGBT+ television shows coming our way in 2022.

The past 12 months brought about a seismic shift in terms of queer representation with the likes of It’s A Sin, to Strictly Come Dancing, Married At First Sight UK, Feel Good and Sex Education totally made us feel seen.

While 2022 has some big boots to fill, there is already a bucketload of brilliant content on the horizon.

Here’s a bunch of LGBTQ+ shows you need to watch out for in the new year.

The long-awaited second season of Euphoria is back on television screens in just a matter of days.

It’s been over one year since Rue and Jules were last seen, but a sneak glimpse at the trailer has already appeared to confirm the wait was totally worth it.

‘Amidst the intertwining lives in the town of East Highland, 17-year-old Rue must find hope while balancing the pressures of love, loss, and addiction,’ the synopsis teases.

Conversation With Friends is an upcoming BBC and Hulu adaptation from Sally Rooney’s debut novel of the same name.

Starring Alison Oliver, Sasha Lane, Joe Alwyn and Jemima Kirke as the four leads, the 12-part series is a complex coming of age drama and a love story.

The tale follows four main characters. Bobbi and Frances split up three years prior to the events of Conversations With Friends, but continue to be close, performing spoken word poetry together in Dublin.

Through their poetry, they are introduced to an older writer, Melissa (played Kirke), and her actor husband Nick (Alwyn).

The two couples are soon entangled, with Melissa and Bobbi flirting openly while Nick and Frances embark on an illicit romance unbeknown to the other two.

Soon the affair begins to test the bond between Frances and Bobbi, forcing Frances to reconsider her sense of self, and the friendship she holds so dear.

Conversations With Friends is set to arrive in April on BBC Three.

The Queer As Folk reboot has been on the horizon for the past three years, with news of the new series announced way back in 2018.

But, 2022 should finally be the year that fans are treated to this brand new iteration of Russell T Davies’ classic.

Cast member Jesse James Keitel recently teased implored that the upcoming take is far from a carbon copy of the previous two iterations of viewers have seen before.

‘It feels organically diverse — in terms of age, in terms of race and disability and gender identity,’ they told Entertainment Weekly. ‘Queer as Folk is gonna be so f*cking major. It’s going to be a moment.’

Hook it to our veins.

Queer As Folk reboot will air on Peacock. Release date is TBC.

This Is Going To Hurt

Based on Adam Kay’s award-winning memoir of the same name, This Is Going To Hurt follows a junior doctor working on the NHS frontline.

Adam (played by Ben Whishaw) is found wending his way through the ranks of hospital hierarchy – junior enough to suffer the crippling hours, but senior enough to face a constant barrage of terrifying responsibilities.

He’s clinging to his personal life as he is increasingly overwhelmed by stresses at work: the 97-hour weeks, the life and death decisions, and all the while knowing the hospital parking meter is earning more than him.

The series, which is created, written and executive produced by Kay himself, rejoices in the laugh-out-loud highs, while pulling no punches in its depiction of the gut-wrenching lows of life on a gynaecology and obstetrics ward.

Drag Race Versus The World

The series, commissioned by BBC Three as part of the channel’s relaunch, aims to unite nine queens from global Drag Race seasons as they compete for the first global superstar title.

RuPaul, Michelle Visage, Graham Norton, and Alan Carr will be critiquing the queens on the judging panel, which will also feature a dazzling array of guest judges along the way.

Drag Race Versus The World airs in February 2022 on BBC Three.

The Proud Family is back in the new year and is set to be bursting with queer representation.

Lil Nas X, Jane Lynch, Lena Waithe and Lizzo are just some of the A-list talent who have been confirmed as guest stars and of course, they’ll be teaming up with a bunch of the leading cast members from the original series.

‘A continuation of the acclaimed series, The Proud Family: Louder and Prouder follows the adventures and misadventures of newly 14-year-old Penny Proud and her Proud Family as they navigate modern life with hilarity and heart,’ the synopsis teases.

The 2020s brings new career highs for mom Trudy, wilder dreams for dad Oscar and new challenges for Penny, including a socially woke neighbour who thinks she has a lot to teach her, bullying social media influencers who want to cancel her and her own teenage hormones.

‘Penny’s friends return, including Dijonay, LaCienega, Zoey and Michael. Penny’s Suga Mama also returns, ready as ever to dispense tough love or a gentle hand whenever Penny needs it.

‘Among the new faces are Maya and KG, new kids who not only have to deal with the struggles of being the new kid but also having two dads, a first for Smithville.’

Proud Family: Louder And Prouder airs in February on Disney Plus.

Joe Exotic is Peacock’s upcoming drama on, you guessed it, the breakout Tiger King star.

‘Joe Exotic is a limited series based on true events following Carole Baskin (McKinnon), a big cat enthusiast, who learns that fellow exotic animal lover Joe “Exotic” Schreibvogel is breeding and using his big cats for profit,’ the synopsis teases.

‘She sets out to shut down his venture, inciting a quickly escalating rivalry. But Carole has a checkered past of her own and when the claws come out, Joe will stop at nothing to expose what he sees as her hypocrisy.