All The Questions We Need Answered In ‘Locke & Key’ Season 2 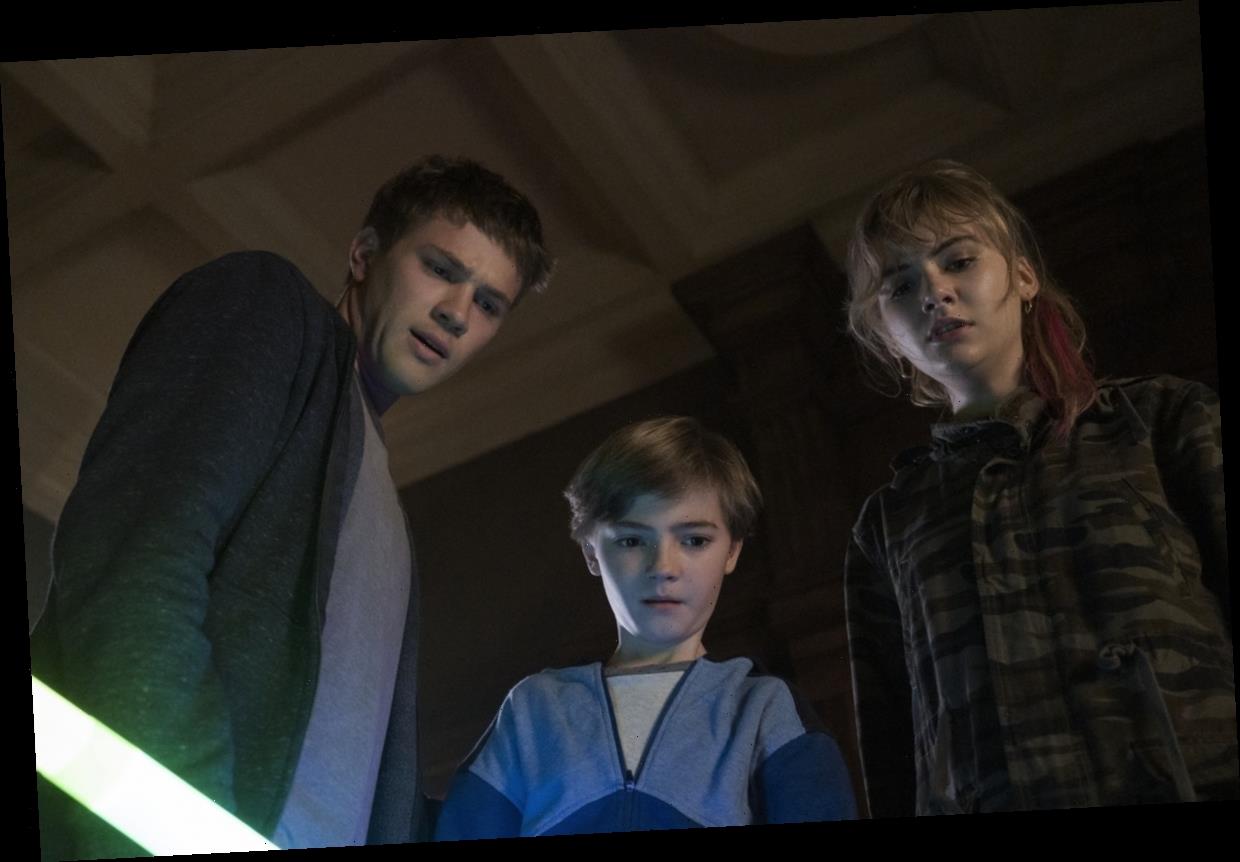 Spoilers ahead for Locke & Key Season 1. By the end of the first season of Locke & Key, the Locke kids and their friends are unknowingly in a checkmate of their own making. Not only is the demon Dodge still alive, but they’ve disguised themselves as Gabe, are in possession of several keys, and now they have yet another demon ally in Eden. Meanwhile Ellie, the only adult who really knows what’s going on, is trapped in another realm behind the Black Door. It’s nothing short of a catastrophe, and on top of that, there are a number of lingering questions that Locke & Key Season 2 will need to answer. It’s not confirmed yet if the show will return, but executive producer Carlton Cuse is apparently already working on the scripts.

"We’re writing Season 2, even though it hasn’t been greenlit. We’re working in a room," Cuse told GameSpot. Cuse noted that the show is already "diverging from the comics" and becoming "something else," so it’s difficult to tell where the story might go in a potential Season 2. But here are all the loose ends the show will need to tie up should it return.

What will happen to Ellie?

It’s revealed late in the season that Ellie is the person who really set everything into motion: she’s the one who accidentally summoned Dodge, the demon that possessed her high school boyfriend Lucas, providing a gateway for Dodge to convince Sam Lesser to kill Rendell Locke. Ellie is the only adult left out of Rendell’s original group who can fill the Locke kids in on the mysteries of Key House, but in the Season 1 finale, the teens toss her behind the Black Door thinking that she’s Dodge (since the demon used the Identity Key to transform her into its woman form).

So what happens to Ellie? In the comics, the Black Door leads to an alternate universe full of demons. Is Ellie just dead then? Why didn’t she yell out "It’s me, Ellie" instead of just "No" at the end?

Where is the Anywhere Key?

This is a pretty fantastically bad oversight on the kids’ part, but why didn’t they check if Ellie-as-Dodge had the Anywhere and Head Keys on her before they just tossed her into the void? (They also ignore that fake Dodge is completely missing the Shadow Crown.) Shouldn’t that have set off alarm bells for them?

At this point, we have to assume Gabe has the Anywhere, Head, Shadow, and Echo Keys.

What does Gabe want?

In hindsight, it should’ve been a red flag that Gabe so curious about the keys. In the final moments of Season 1, it’s revealed that Dodge has been acting as both Lucas and Gabe this entire time — and really, who knows who else. Now Dodge has yet another demon ally in Eden, but it’s not clear what they actually want. Do they just want the keys? Maybe to punish the Lockes, or to unleash more demons into the physical world?

Why does Ellie remember but Nina doesn’t?

A strange detail that goes kind of unexplained in Locke & Key is that adults can’t seem to remember seeing magic, even seconds after the fact. In the comics it’s because no one past the age of 18 can recall magic, but in the show it almost seems like there’s something more to it. What did Ellie do to make herself remember? And why can Nina only remember when she’s drunk? Hopefully the show will figure out how to bring Nina into the fold without a bottle, as "alcohol makes you magical" seems like a pretty bad message in an otherwise teen-centric show.

Will Duncan ever remember?

With Ellie gone for now, it seems like the Lockes’ uncle Duncan is the only one left who could help the kids in their key quest, since he apparently used the keys alongside Rendell. Is there really no way to give Duncan back his memories? If they have him open the jars, what’s the worst that could happen?

How many more keys are there?

The kids end the season in a really bad place, and to fight both Gabe and Eden in Season 2 they’ll definitely need more keys. How many more are there, though? In the comics there are over 30, but it’s not clear if that will be the same as the show, as some keys have already been altered slightly from their comic book counterparts.

Where is Kinsey’s Fear?

By the end of the season, Kinsey realizes fear is kind of important if you don’t want to make terribly reckless decisions, but without the Head Key she’s unable to put fear back into her mind. Fear may be un-killable, but are they really just going to let a feral-looking Kinsey run around town while they all have a nice family dinner together?