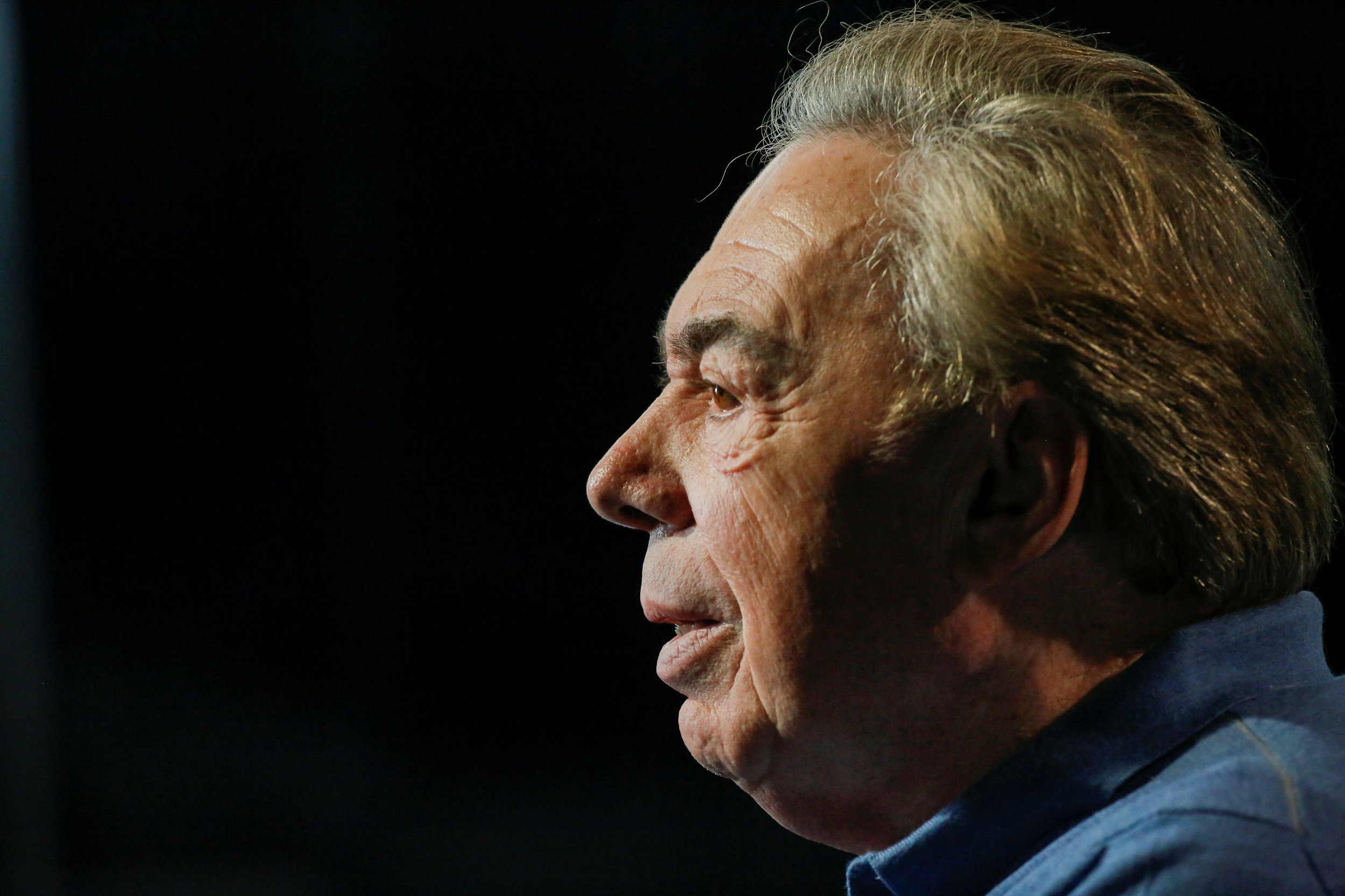 Andrew Lloyd Webber has joined Sir Cameron Mackintosh and other theatre and music leaders in a legal bid to attempt to force the Government to hand over the findings from its Covid pilot events scheme, calling the live entertainment industry’s situation ‘beyond urgent’.

The Events Research Programme (ERP) has run test events at sports, music and arts venues and events to assess the safety of large crowds during the pandemic, including the Brit Awards and last weekend’s Download Festival.

The group launching legal action also includes musician Peter Gabriel and music industry trade body Live, and in their official statement the group accuses the Government of ‘making it impossible to plan for any live entertainment business’ by not sharing their findings.

‘These events have been a huge success, according to the Government itself in various press reports, showing that with proper precautions in place, live events at full capacity can go ahead safely,’ the statement said.

‘But the Government chose to keep the live entertainment industry under severe restrictions from June 21, while allowing parts of the economy that have not been subject to similar scientific studies, including hospitality, public transport and retail, to operate.’

The group also accuses the Government of refusing to publish the results from the ERP’s first phase ‘despite saying that it would on numerous occasions’.

Last week, Lloyd Webber rejected an offer from Prime Minister Boris Johnson for his new West End show Cinderella to be involved with the pilot scheme as others weren’t invited and he felt theatre had been ‘an afterthought and undervalued’.

In a fresh statement on Thursday, he explained: ‘Last week I rejected the Government’s invitation for Cinderella to be singled out as a last-minute part of the Events Research Programme.

‘Today, with a range of voices from across the theatre and live entertainment industries, we are forced to take it further.

‘We simply must now see the data that is being used to strangle our industry so unfairly.

‘The Government’s actions are forcing theatre and music companies off a cliff as the summer wears on, whilst cherry-picking high-profile sporting events to go ahead.

‘The situation is beyond urgent.’

The group also called for a Government-backed insurance scheme for live events, which Download Festival organiser Melvin Benn earlier this week teased could be on its way, new rules around quarantining for productions where someone tests positive for coronavirus, and clearer guidance for future operation.

The statement also criticised upcoming pilot scheme events, including Euro 2020 matches at Wembley, as being ‘little more than a way of allowing certain high-profile events to go ahead’, calling out that the majority are sports, while the rest of the sector is shut.

Sir Cameron spoke of ‘losing further millions’ when he was forced to swiftly close his theatres for the second time last year, having followed the Government’s encouragement to reopen ahead of Christmas, labelling a joint insurance scheme ‘vital’.

Underlining that most commercial theatre has had ‘absolutely no direct financial help’ for either production costs or building upkeep, he described opening without any insurance protection as ‘impossible’ for most producers, venues and event organisers.

He continued: ‘Having contributed huge amounts of money to the exchequer over the last few decades, the theatre desperately needs to be supported in its hour of need or the Government will be responsible for the disintegration of one of this country’s most priceless and irreplaceable assets, after centuries of being the envy of the world.’

When Metro.co.uk contacted the Department for Digital, Culture, Media & Sport for comment, a Government spokesperson said: ‘We understand a delay to full reopening is challenging for live events but we are helping our creative industries and sporting bodies through it. We have made a record £2billion of support available for culture and £600million for sports, on top of billions more through other government schemes.

‘Our ongoing, groundbreaking Events Research Programme is gathering important evidence to help get all live events, including theatre shows, festivals and gigs, fully back up and running once it is safe to do so.

‘We will publish the results of the programme before the move to Step 4, as we have always promised to. This aligns with the publication commitments for the other Roadmap reviews.’