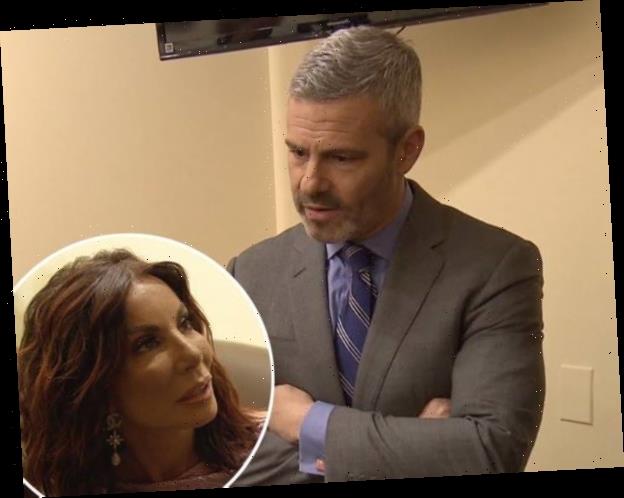 Where oh where shall Danielle Staub sit?

In this exclusive clip from tonight’s all-new The Real Housewives of New Jersey reunion, Andy Cohen confronts the OG housewife as she’s refusing to come out of her dressing room. Why? Well, it seems the Bravolebrity has an issue with where she’s seated on the dais.

“She’s refusing to come out?” a shocked Andy is heard saying.

“She is not coming out unless she’s sitting next to you,” someone from the control room confirms.

In order to get to the bottom of this, Andy goes to speak with Danielle directly. While the conversation starts out pleasant enough, with Andy complimenting Danielle’s look and the two sharing a double kiss, it doesn’t take long for things to become awkward.

“I need to be heard…but I do not want to sit anywhere, except for next to you,” the RHONJ veteran demands.

According to Danielle, she “couldn’t hear anything that you said to me last reunion.” As Danielle details to Andy, anytime she opens her mouth, “that trout mouth never shuts up.” (We assume, she means former friend Margaret Josephs.)

After promising that he’ll speak up, he makes it clear Danielle can’t sit next him due to the fact that Teresa Giudice and Margaret are seated to his left and right.

In typical Danielle fashion, she suggests that Margaret be moved to the end of the couch.

“This is what this conversation is about?” the Watch What Happens Live host notes.

“The conversation is about the fact that, I deserve the respect as I’m leaving as I came in,” Danielle retorts. 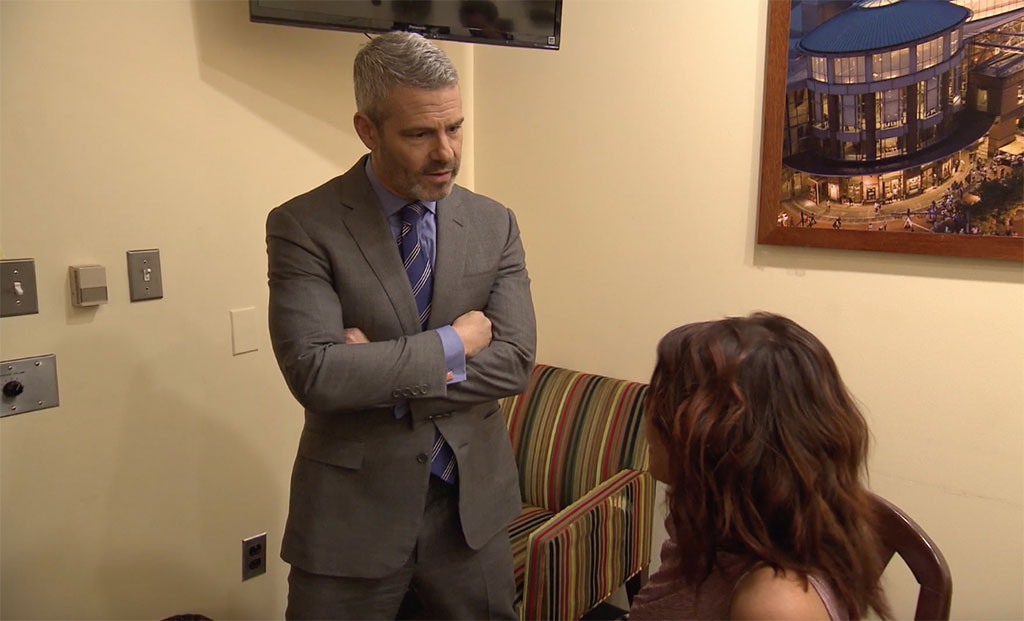 Even though Andy hears out Danielle’s demand, he doubles down on his stance, noting she can state her case from any seat.

“I will make sure that you can speak. And I want you to feel like, ‘I went out there, I said what I had to say,'” Andy states. “And I do feel like you can do that, no matter where you’re sitting. I don’t know what else to say.”

Ultimately, Andy puts the ball in Danielle’s court, telling her “it’s your call.”

Be sure to catch all of this drama and more on tonight’s Real Housewives of New Jersey reunion (part 3).

(E! and Bravo are both part of the NBCUniversal family.)