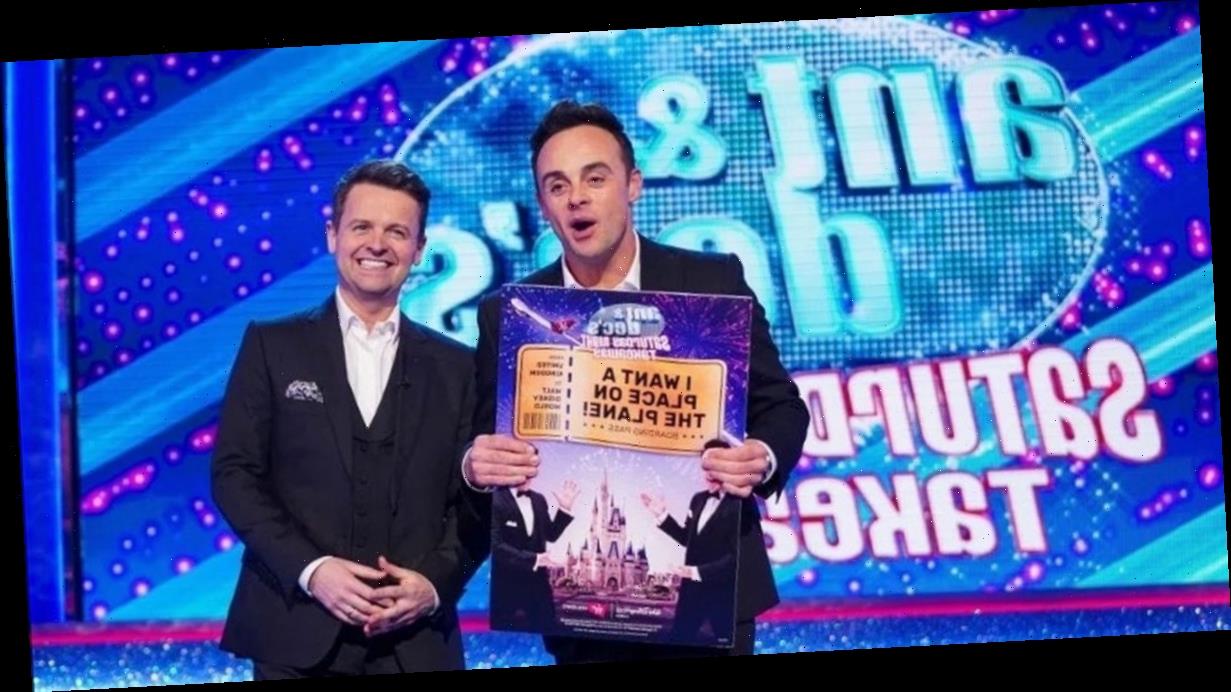 Bosses at Ant and Dec's Saturday Night Takeaway were forced to rehearse for the upcoming episode via a video call as the coronavirus continues to sweep across the globe – infecting thousands.

Just one day after ITV confirmed the show will go ahead minus a live studio audience, bosses geared up to run through things but were sure to implement social distancing as they remained at home and communicated through an app.

Presenters Ant McPartlin and Declan Donnelly could be seen grinning from ear to ear in the snap shared on their official Instagram as everybody involved waved towards their camera.

Taking to Instagram, Ant and Dec shared the snap alongside the caption: "A quick hello from a very different #SaturdayNightTakeaway script meeting!

"We'll massively miss our studio audience but the show will go on this weekend. Stay safe everyone, we’ll see you on the telly this Saturday."

It's believed the Geordie duo held an emergency meeting with bosses at ITV over the future of the favourite Saturday night programme which heavily features its live studio audience throughout each episode.

A representative for the presenters confirmed the news in a Twitter post which read: "Ant & Dec's Saturday Night Takeaway will go ahead this weekend without a studio audience.

"Our priority is safeguarding the well-being of everyone involved.

"The show will be made with a reduced production crew and in accordance with the latest guidance from Public Health England.

"The team are looking forward to bringing our viewers a brilliant show on Saturday evening."

This is the first time in the show's history that it will be broadcast without a studio audience and bosses are working around the clock to ensure that it is adapted accordingly.