The duo were travelling through Kent and were left stunned when a small toy rattle sold for a large amount at auction. 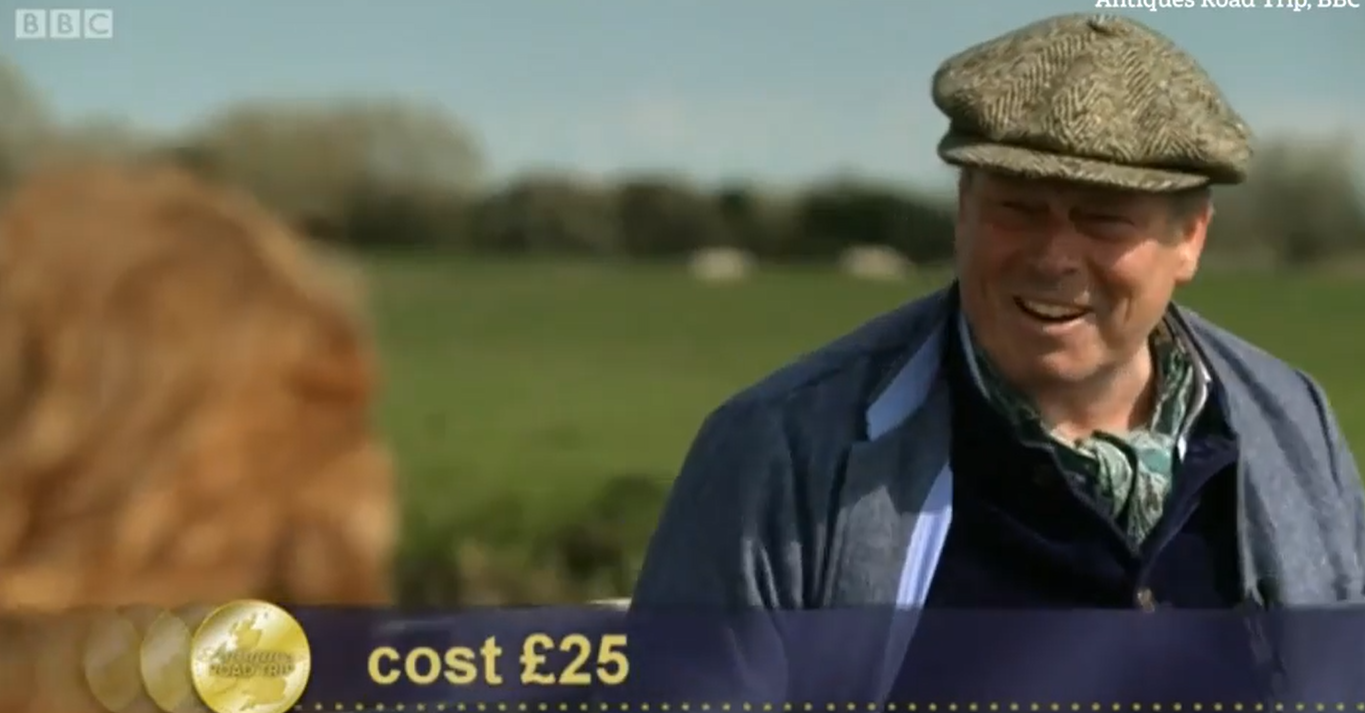 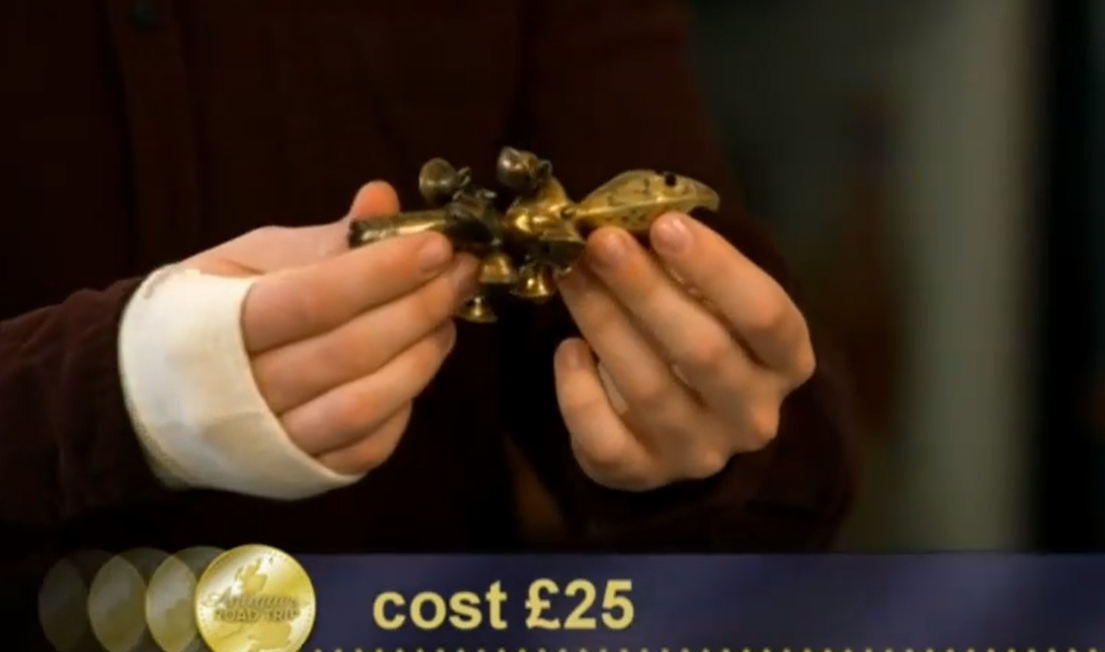 Pottering around an antique shop, magpie James spied something shiny.“This is rather an interesting fellow,” he said, picking up a small rattle.

Taking a closer inspection, the expert mused: “All that glitters is gold. In this case, it isn’t gold though. A brass Indian babies rattle.

“So, it’s got an incorporated whistle and at the other end here you often had a semi-precious stone, maybe coral, possibly jade, something like that.

"It was known sometimes as a baby's rattle or teether,” he added.

Deciding that the intriguing item could be worth a bob or two, James struck up a bargain with the antique shop owner, buying the rattle for £25.

At an auction later on with several items, James and Irita found the baby rattle was attracting the most interest.

“Oh my god, fantastic!” Irita excitedly said as the bids began at £80, meaning James was already guaranteed a profit.

As the bids quickly surpassed £160, James said: “I mean, what’s happened to me?” “Wow,” he added, stunned as the rattle soon attracted a stunning £360 bid.

After a long bidding war, the rattle eventually sold for £400, securing James a tidy profit of £375.

It was revealed that the antique had been sold to a buyer in Belgium, with James remarking: "It’s amazing.”

“I mean it was a spectacular thing,” Irita added, as James nodded in agreement.

Antiques Road Trip airs weekdays at 4:30 pm on BBC One.