Antiques Roadshow guest snaps at expert amid valuation ‘Shouldn’t have brought them here!’

Back in May, Antiques Roadshow travelled to the National Botanic Garden of Wales in Carmarthenshire and one guest in particular left valuator John Axford taken aback by the jugs he had brought along. The guest had three pieces of pottery created by the infamous Martin Brothers, but in a shocking revelation, the guest revealed he wished he had never brought them to the show initially.

John began: “Half the people watching will hate these grotesque faces and the other half absolutely love them.

“I happen to be a lover but I guess you know what they are.”

The guest explained: “Well I have had them my whole life and my father and grandfather had them before me.

“They were made by the Martin brothers, there were four of them but that’s all I know.” 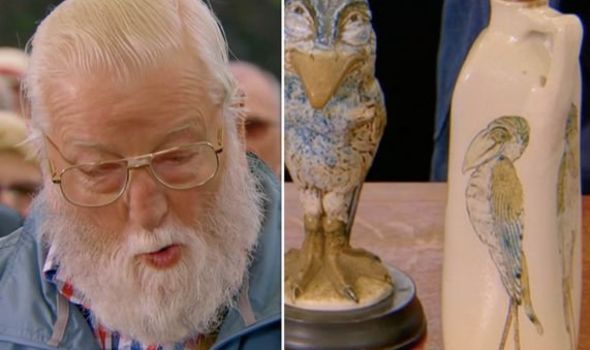 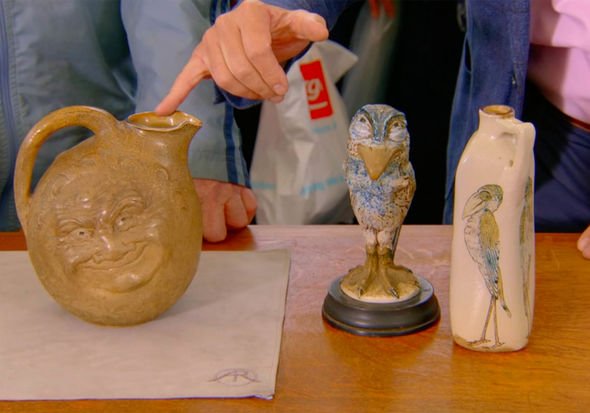 John was thrilled to go deeper into their history: “Well three of them were the most active.

“The Martin brothers were a pottery hall in London in the Victorian era, the end of the 19th century, beginning of the 20th century.

“And they were, have you ever seen a picture of them?

“It’s amazing, they’ve got these ridiculous beards that come out about here and wild, wild hair and they just look like crazed men in this studio with these monstrosities.

“I am a great martin brothers fan,” the evaluator continued, “And the thing I like about them, compared to so many other potteries in the same period is there are all individual creations. 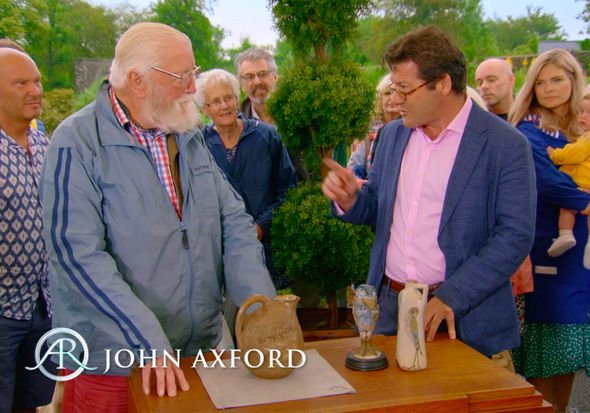 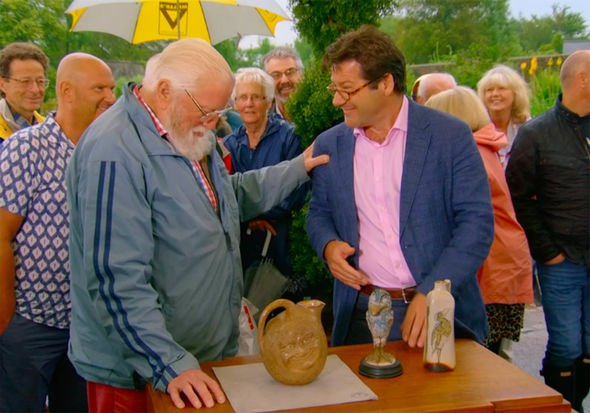 “We have a mask jug here; one where the head comes off and another jug here and no two pieces are identical; they have been individually modelled.

“The large jug and smaller one, these two were modelled by Robert Wallace Martin.

“This unusual one was decorated by Edwin Martin and they are not difficult things to date because each of them have a date on them.”

All three jugs were created between 1895 and 1901 and were in a stunning condition for something so old.

But the time came for John to reveal just how much the jugs would go for at auction and the guest looked nervous, not knowing much about them.

The guest drew an intake of breath and said he was glad he brought them in.

“Funnily enough this jug which doesn’t look as interesting,” John continued, “It’s quite rare to have these figures with the thin legs and it is also worth about £6,000.

The man interrupted when it came to valuing the last birds shaped jug, he said: “This one I understand is a smaller one than a lot of them, I think there are others that look similar.”

The guest grabbed John’s arm and was over the moon with what he had just been told.

He quickly said: “I shouldn’t have brought them along today, my wife will see this.”

John told him to sell the television and thanked his guest from bringing in the wonderful jugs.

Antiques Roadshow can be streamed on BBC iPlayer.