“Anyone who thinks that…does not know much about the AP,” managing editor Brian Carovillano says 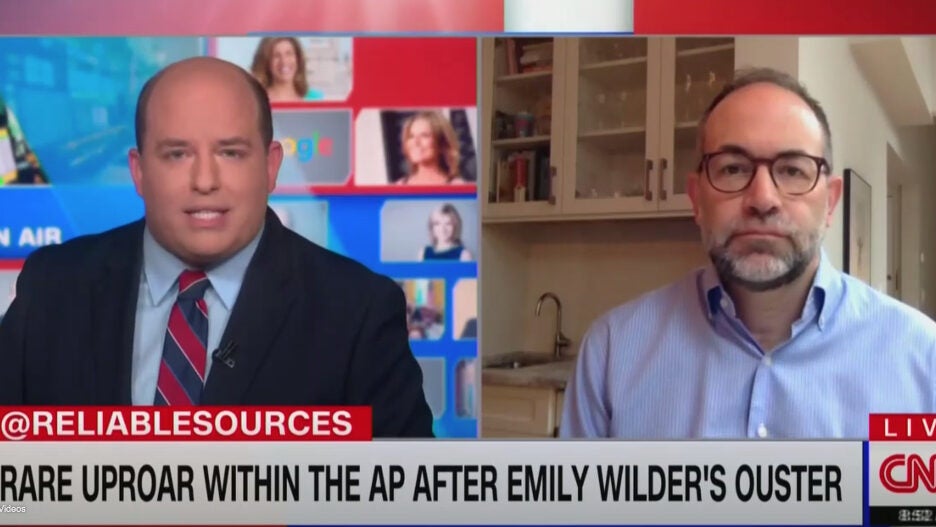 Wilder was a news associate at the AP, who frequently tweeted about the situation in the Middle East, was fired after only a few weeks on the job. The axing took place just days after the AP’s Gaza bureau was decimated by Israeli forces. On May 17, the Stanford College Republicans honed in on Wilder’s Twitter account, writing that the AP’s latest hire was an “anti-Israel agitator … who referred to the late Sheldon Adelson as a ‘naked mole rat.’”.

More than AP 100 staffers rallied around Wilder and sent an open letter to management in protest.

Stelter pointed out that the timing of Wilder’s firing was suspect to many, saying, it “happened after what critics call ‘bad faith trolling campaign’ to take down one of your staffers because she didn’t have the right point of view in college.”

Carovillano was quick on the defense. “That would never happen and it didn’t happen here,” he said. “We take care of our people… This is the Associated Press. So, anyone who thinks that the AP would be cowed by the college Republicans does not know much about the AP.”

Wilder’s firing “exposed a social media policy that has a lot of contention all around it,” Stelter said, asking Carovillano, “What exactly went wrong?”

It came down to preserving AP’s credibility, Carovillano said, and that it was a “unanimous decision among some senior managers at the AP.”

“She had a series of social media posts that showed a clear bias toward one side and against another in one of the most divisive and difficult stories that we cover anywhere in the world,” he said. “It was a difficult decision, it was not an easy decision, and it was not a personal decision, and we wish her all the best.”