After we reported that the artist returned from a Florida art opening to find friends gathered in his townhouse to fete him and play tunes into the night — we hear he recently hosted his own shindig where musician pals including Michelle Shocked, Manhattan Transfer’s Janis Siegel, Barry Manilow percussionist David Rozenblatt, jazz great Tommy Campbell, and more played.

A spy said: “Normally Kostabi’s parties go till 4 a.m., but this time he had to shut it down at 1 a.m.,” since he had to catch an early flight to Texas for a show at Park West Gallery.

“He kicked out the last guest, an art collector, who was found sleeping half on a sofa and half on the floor in Kostabi’s five-story tower of decadence.” 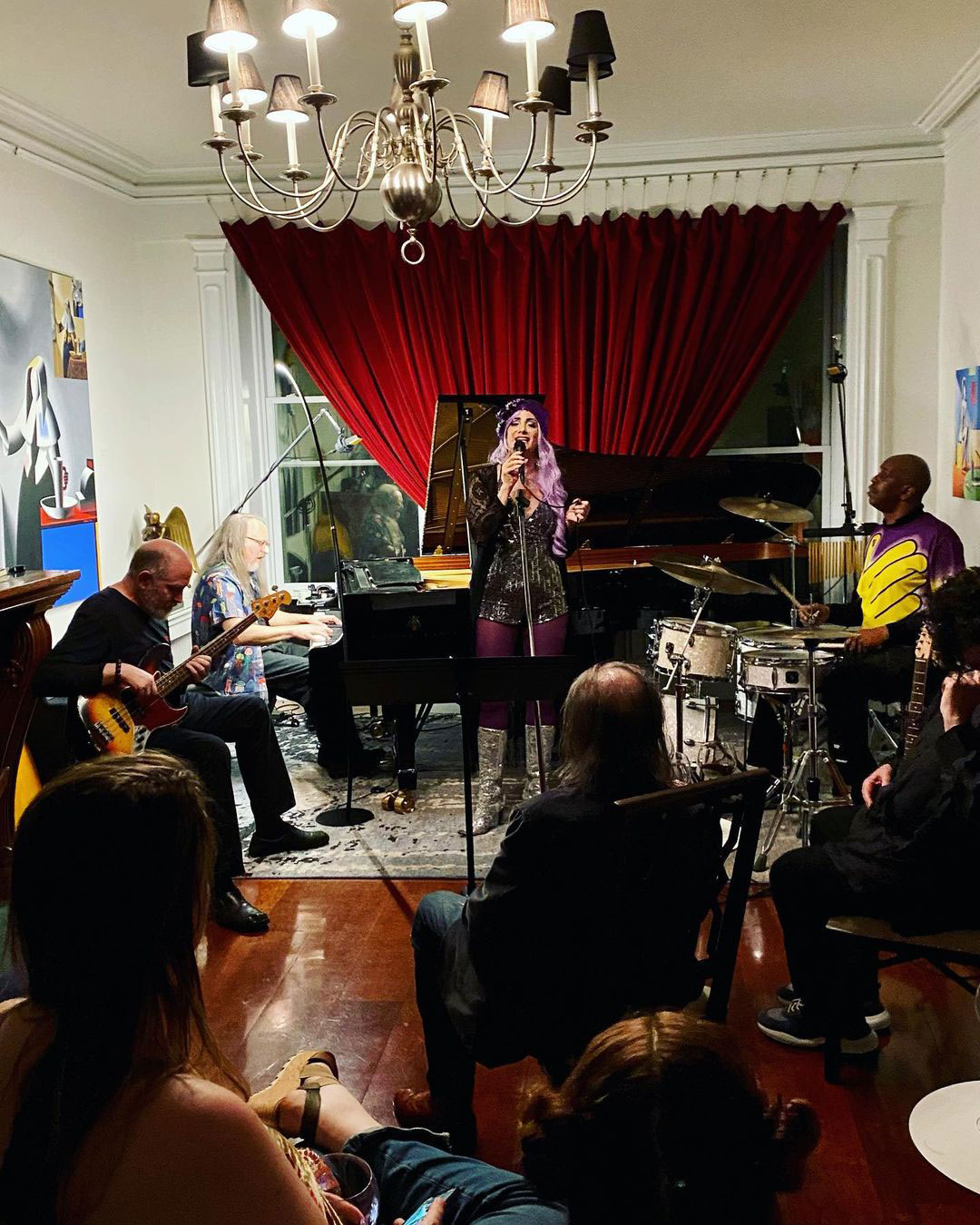 At a previous bash in May, Kostabi returned to NYC only to be surprised by a party at his house. He’d just returned from “two successful art shows at Park West Gallery in Florida, plus a three-day vacation in Puerto Vallarta, where he slept in a cliff-side open-air cave at a luxury resort,” a pal said.

Among 30 guests waiting in his pad at a party — also hosted by Martin Lawrence Galleries — were rock photog Bob Gruen, Guns N’ Roses drummer Frank Ferrer, and jazz player Campbell, who all serenaded Kostabi and the crowd.

Kostabi later joined a jam session on his Steinway. He’d made his debut as an orchestral composer at Carnegie Hall in 2019.