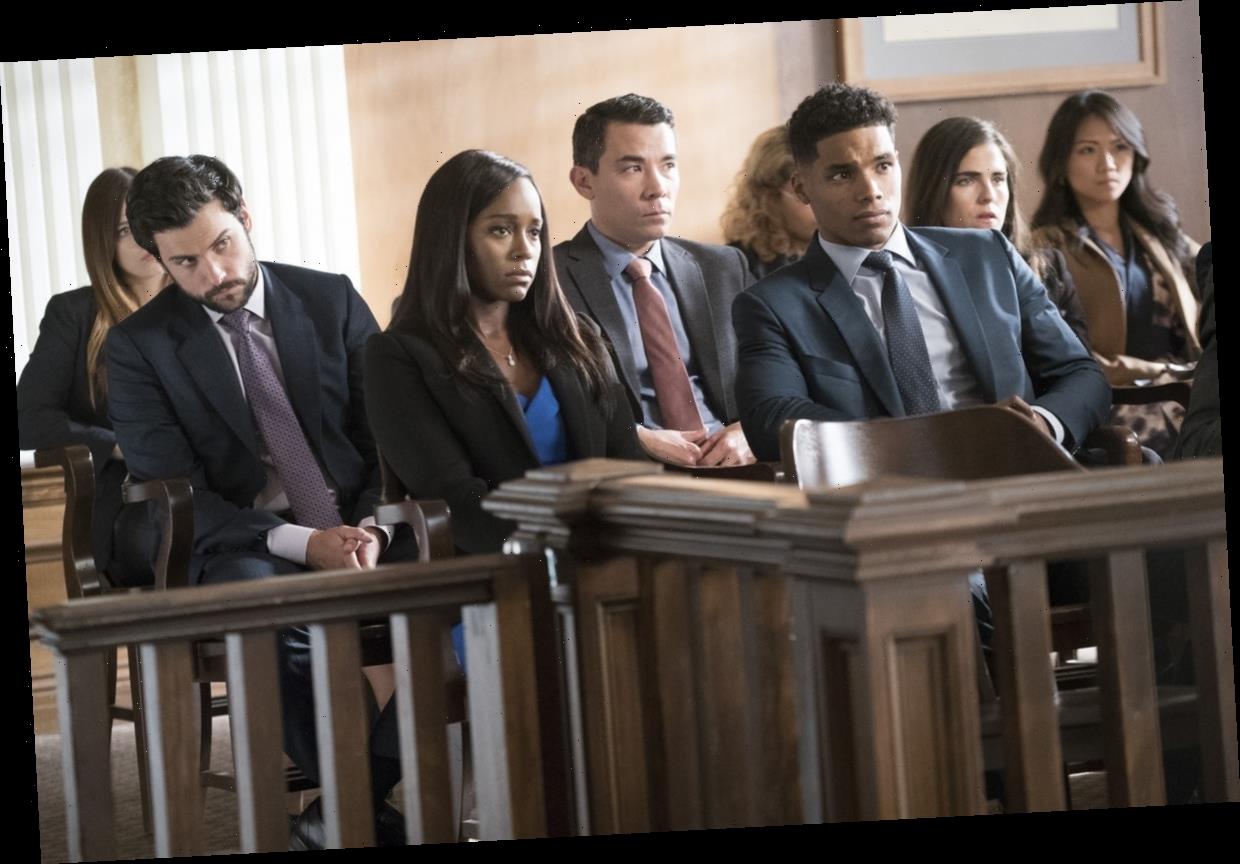 Spoilers ahead for How to Get Away with Murder Season 6. After running through a list of possible suspects longer than the Keating 5’s rap sheets, the identity of Asher’s killer on HTGAWM has finally been revealed. And true to form, it wasn’t anyone you would expect.

In the April 9 episode, it’s explained that Annalise’s Airbnb neighbor, "Sara Gordon," is the one who did the deed. She was introduced back in November, at which time we learned that she was working for the Castillos. What we didn’t know until now, however, was who else has her on their payroll. "I know who killed Asher," one-time prime suspect Gabriel told Michaela, Connor, and Oliver. "It was the FBI."

As it turns out, Sara Gordon is actually Special Agent Pollock, Asher’s point person at the FBI and the lead agent on the case against Annalise and co. Gabriel witnessed her murdering Asher through the crack under his apartment door, but only saw her boots and earrings. It wasn’t until he arrived at Agent Lanford’s office to reveal that he thought Laurel was the one who bludgeoned Asher to death with a fireplace poker that he realized he had it all wrong. Now that Pollock is aware there was a witness, expect Gabriel to be her next target.

As for the remaining "Keating 4," they directly confronted Annalise to ask if she murdered Asher. (And yes, she knows that they turned, and they know that she knows, too.) Extradited back to the United States from Mexico, Annalise somehow managed to squeak by on charges of possession of a false identification document and passport forgery. Now, she’s at home on house arrest with her mother Ophelia Harkness (Cicely Tyson), who moved to Philadelphia to "take care of" her "Anna Mae." Ms. Ophelia’s hilarious solution to the whole ankle monitor situation: for Annalise to buy a cat to wear the bracelet in her place.

Ophelia’s presence also served as a reminder that she burned down Annalise’s childhood home with her daughter’s sexual abuser Clyde inside. The FBI is now trying to pin that arson on Annalise, which led her to suspect that Nate gave Denver’s files to the FBI. (Please don’t let Nate be behind this.)

Per usual, all of these resolutions have merely led to more questions. Was Asher’s murder part of a major FBI conspiracy to take down Annalise, or is Pollock a rogue agent working with Xavier and the ruthless Governor Birkhead? Did Nate cut a deal with the FBI? What happened to Annalise’s love interest Robert? Why did Michaela’s father Solomon rat Annalise out to the FBI? Plus, let’s not forget the lingering questions of whether or not Wes is alive and who killed (or maybe "killed") Annalise.

With only four episodes left until HTGAWM‘s series finale, fans should get their answers imminently. In the meantime, you best believe that Annalise wasn’t kidding when she said she’s going to "burn every last one of those motherf*kers down."