Audrey Hepburn: UNICEF got a badass soldier instead of a Hollywood princess 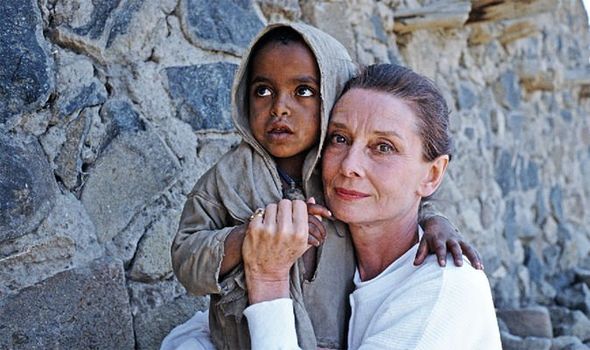 “I walked into a nightmare,” said Hepburn. “I have been to hell.”

Somalia’s horrors haunted her until her dying day, reveals a new book, Warrior: Audrey Hepburn, disclosing untold tales of the heartache, sacrifices and dangers the actress faced as she toured the world’s hellholes as global ambassador for children’s charity UNICEF.

“I have nightmares,” she confessed on her return from Somalia. “I can’t sleep. I’m crying all the time.”

Yet the actress refused to stop campaigning for the world’s starving and dying children. Even tortured by pain from cancer, when friends begged her to rest, Hepburn insisted: “I can’t. I’ve got to do this.”

It was a devotion that carried a steep price, and hastened her death according to the book’s author Robert Matzen.

“Audrey drove herself mercilessly, physically and emotionally, dedicating herself 100 per cent to UNICEF, to the point where it killed her. She worked herself to death.

“The toll of working in humanitarian disaster zones, of children dying in her arms, risking gunfire and disease, wore her down. But she refused to quit, she was so dedicated to helping others.”

Elegant and sophisticated, Hepburn was the Oscar-winning star of Hollywood classics including Breakfast at Tiffany’s, My Fair Lady and Funny Face. With her luxury villa in Switzerland and two sons from her two marriages, she enjoyed a life of enviable comfort.

When invited to become UNICEF’s ambassador in 1988, the charity envisaged her hosting glitzy fundraisers in London and Beverly Hills. But she had other plans.

“UNICEF expected that Audrey Hepburn would be a pretty princess for them at galas,” says her son, Luca Dotti, aged 51. “What they really got was a badass soldier.”

Despite her acclaimed Hollywood career, Dotti says that his mother came “to realise that all personal and professional accomplishments she achieved just weren’t enough”.

As UNICEF’s ambassador Hepburn threw herself into war zones, famines and droughts, risking gunfire, the bombing and tropical disease, to shine a toll spotlight on humanitarian disasters in forgotten corners of the world.

“She was fearless, and didn’t consider her own safety,” says Matzen. “She was told it wasn’t safe to fly into South Sudan’s war zone, but she went anyway at night in a small single-engine plane, sitting on a flak jacket to protect from gunfire, to meet with rebel leaders. In the streets there was AR-15 gunfire right next to her.

“She went to Somalia when it was chaos, with no government, no police, only warlords fighting. Her only protection were teenagers in a small truck with machine guns. She went because children were dying, and she needed to let the world know.”

Hepburn’s resilience came from her years as a teen surviving the Second World War in the German-occupied Netherlands. “She had nearly starved to death in Holland’s deadly ‘Hunger Winter’ of 1944, survived strafing by fighter planes and artillery fire from British and German guns,” says Matzen.

Son Luca remembers: “She had nightmares about the war all her life.”

Yet Hepburn’s life had been saved by food supplies from a humanitarian relief effort, and she did not hesitate when UNICEF asked her to become its global ambassador.

She risked her life for UNICEF in war-torn Ethiopia and El Salvador, brought comfort to children in Turkish ghettos and Venezuelan slums, and to those living on the streets in Bangladesh, Ecuador, Guatemala, Thailand and Vietnam.

“She cuddled children dying of Aids, their faces covered in flies,” says Matzen. “Her compassion was limitless. But Somalia devastated Audrey, and broke her in a way no other disaster had. She was deeply affected by the horrors she’d seen, but it only strengthened her resolve to do more.”

In Somalia, a country torn apart by civil war, she saw roads lined with thousands of graves, trucks loaded with bodies, and children just waiting to die. Most harrowing of all was the utter quiet.

“They are totally silent,” she said. “Silent children. The silence is something you never forget.”

Says Matzen: “In the space of one hour she saw ten children die right before her eyes. The horror was overwhelming.” The depths of poverty, suffering and cruelty she witnessed was “soul-crushing”, he says.

Hepburn arrived in Somalia in 1992 already weak, exhausted and in pain, with only four months left to live, yet threw herself into the East African nation’s maelstrom.

Mogadishu and Kismayo offered fresh horrors and gunfire close at hand, but it was in Baidoa, known as “the city of death,” where she crumbled.

After seeing thousands of makeshift graves, bodies piled high – “most of them were very small”, she said – and naked infants strewn on the ground amid corpses, Hepburn saw the hopelessness in the eyes of children at an overwhelmed aid centre.

“You’re met with that smell of death,” she said. “You see little bodies being removed, you look into the eyes of the children in those skeletal bodies, and then the little faces – it’s simply unbearable. I’ll never forget their huge eyes in tiny faces. These thin, thin, thin children, of all ages – small, and a little bit bigger – who to me seemed to have gone already. And their eyes were like enormous pools of … of questioning.”

A small boy lay wrecked on the floor, gasping for air.

“I watched him and watched him fighting for breath,” she said. “I had asthma all my childhood and, ahhh, I was longing to help him breathe. He just curled up and died.”

Critics complained that she was often helping UNICEF give money to Marxist regimes, but Matzen says: “That hurt her deeply. Audrey argued that UNICEF was helping to dig wells and provide fresh water. She said, ‘That’s not helping Marxist governments, that’s helping people.'” ” Somalia proved to be Hepburn’s last humanitarian mission, though she still hoped to do more.”Audrey realised she was running out of gas and was burned out, but refused to stop,” says Matzen.

What is happening where you live? Find out by adding your postcode or visit InYourArea

“She never refused a UNICEF mission, and never thought of quitting.”

Hepburn returned from Somalia emaciated, ashen and frail. Exploratory surgery in November 1992 found that cancer had spread throughout her stomach and intestines.

“It had been all or nothing for Audrey and UNICEF,” says her friend Doris Kleiner, ex-wife of Hollywood legend Yul Brynner. “Now there was nothing left to give.”

“No celebrity ambassador since has gone into such danger zones for UNICEF,” says Matzen. “Even Angelina Jolie as a United Nations goodwill ambassador doesn’t get that close to real danger.

“Sophia Loren described her as ‘meek, gentle and ethereal,’ and I take umbrage at that. She was a lion-hearted warrior. She could be funny, upbeat, playful, cool, determined, and caring, but she was a fighter, and for the world’s underprivileged and dying children she was engaged in the fight of her life.”