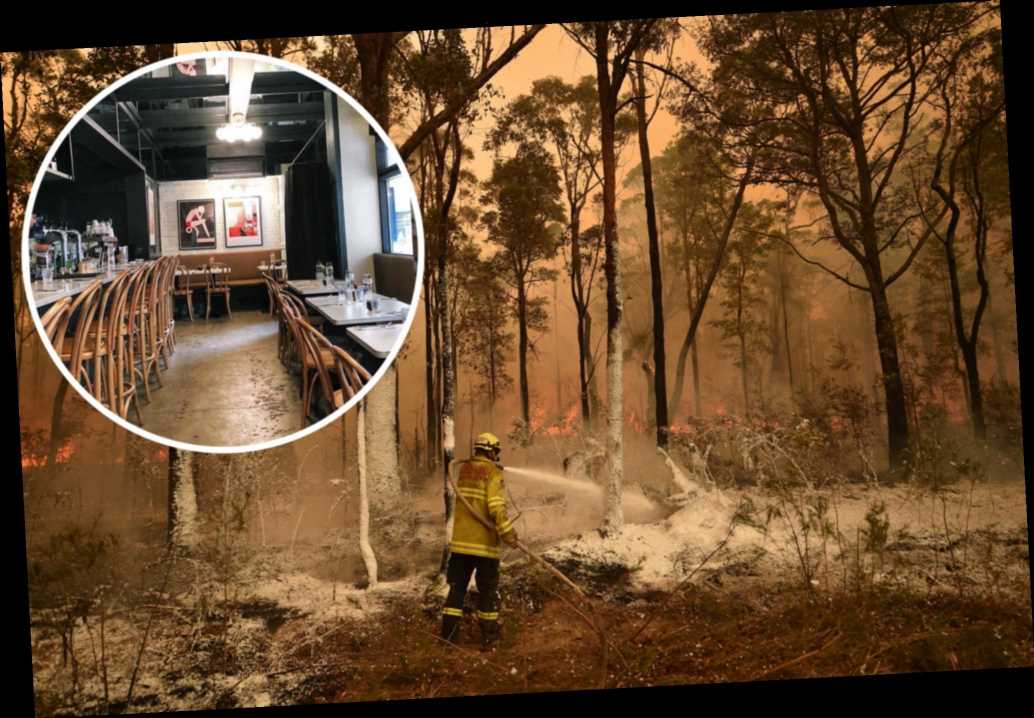 Restaurant Sonnyboy on the Lower East Side is Aussie-owned. It plans to fight Australia’s fire with fire from its own grill. Monday, Jan. 27, is their Bushfire Benefit Dinner — $95. All proceeds to Australian nonprofit GIVIT, an organization that is donating supplies to those who’ve been decimated.

The restaurant’s Stef D’Orsogna: “Bushfire season traditionally is worst in February. Additional damage may yet come.”

Major player in Donald’s re-election, son-in-law Jared Kushner is focusing even on the government’s institution for international broadcasting, Voice of America. An operation we take for granted, it speaks to the military, addresses the globe in multi-languages, is heard in Europe, Asia, the Middle East.

Jared: “This news organization should be more about the president. Speak more about Trump’s ­accomplishments.”

Egg on their faces

Blimey! Buckingham is a chicken coop. One prince of a guy was Her Majesty’s randy handy dandy bandy Andy who disremembers jiggling a young chick. Now his brother rooster’s getting pecked by a tough hen. Things are fowl over there.

Andrew’s not talking. Harry’s now squawking. One can’t sweat over a female. The other Chicken Little can’t let his female sweat. Those HRHs need an economy-size jar of underarm spray.

Nitwit twit Harry has no career. Once a Highness, he’s now lowless. Workless. No kind of employment he’s out of. His only job will be appeasing me-me-Meghan who knows what she wants — and a useless ­princeless royal-less title-less workless commoner is not IT.

Ex HRH husband Harry’s major job will be hustling VIPs to hire his missus. That’s also her scenario. Watch, next year Renée Zellweger could end up playing her in a documentary.

So the lifelong bliss of me-me-Meghan and unregal Harry who’s fallen flat on his title? Check those Hollywood couples where one’s hot and the other’s not. We’re talking a crapshoot.

Excuse me but I’m into criticizing. Why? Just because.

All-the-news-that’s-fit-to-print newspaper endorsed Amy Klobuchar and Elizabeth Warren for president. I mean, please. Not even their families think they’ll make it. We’re all Americans. Equals. Entitled to our opinions. Dem/GOP/non-voter/in from somewhere on a green card/­everyone’s free to feel how they feel. But not even ­Vegas bet-makers lay odds on either of these two changing the sheets in the Lincoln Bedroom.

Bill O’Reilly says he’s lost respect for the journalist profession. I only report that when famous columnist Liz Smith passed on in ’17, some bigtime wire news agency printed my picture.

So the IRS mistakenly gave this businessman a $20,000 refund to which he wasn’t entitled. An individual of great moral values, he was then racked with the dilemma should he or should he not tell his partner?