“Bachelorette” alum Jason Tartick said he was hit by a car while walking his dog Pinot.

The “insane incident” occurred during a walk he, fiancée Kaitlyn Bristowe and their two dogs, Pinot and Ramen, took after a round of golf. Bristowe and Ramen had been walking ahead of Tartick and Pinot when the former reality star got “cranked by a car.”

“We get the go to walk, we go to walk, and boom! A car comes flying in hot,” Tartick recalled in an Instagram video while Pinot sat by his side. “Sees us, hits the brakes, and cranks me. Absolutely cranks me.”

Tartick, who was not looking at his phone or texting at the time, claimed the car blew through a red light to make a right-hand turn.

“I don’t know what angel was looking over us, I don’t know who was watching our backs,” said Tartick. “My first response was… to lift Pinot back with my left hand and then I just literally put my ass hip checked into the hood of this minivan… I dented the hood.”

Tartick made sure Pinot was OK before saying some “choice words” to the driver of the vehicle.

“I was so pissed, I slammed the hood. I had some choice words,” he said. “The guy was apologetic, like, ‘Oh my God. Oh my God.’ And then I just panicked. He stopped. I just took off… I panicked.” 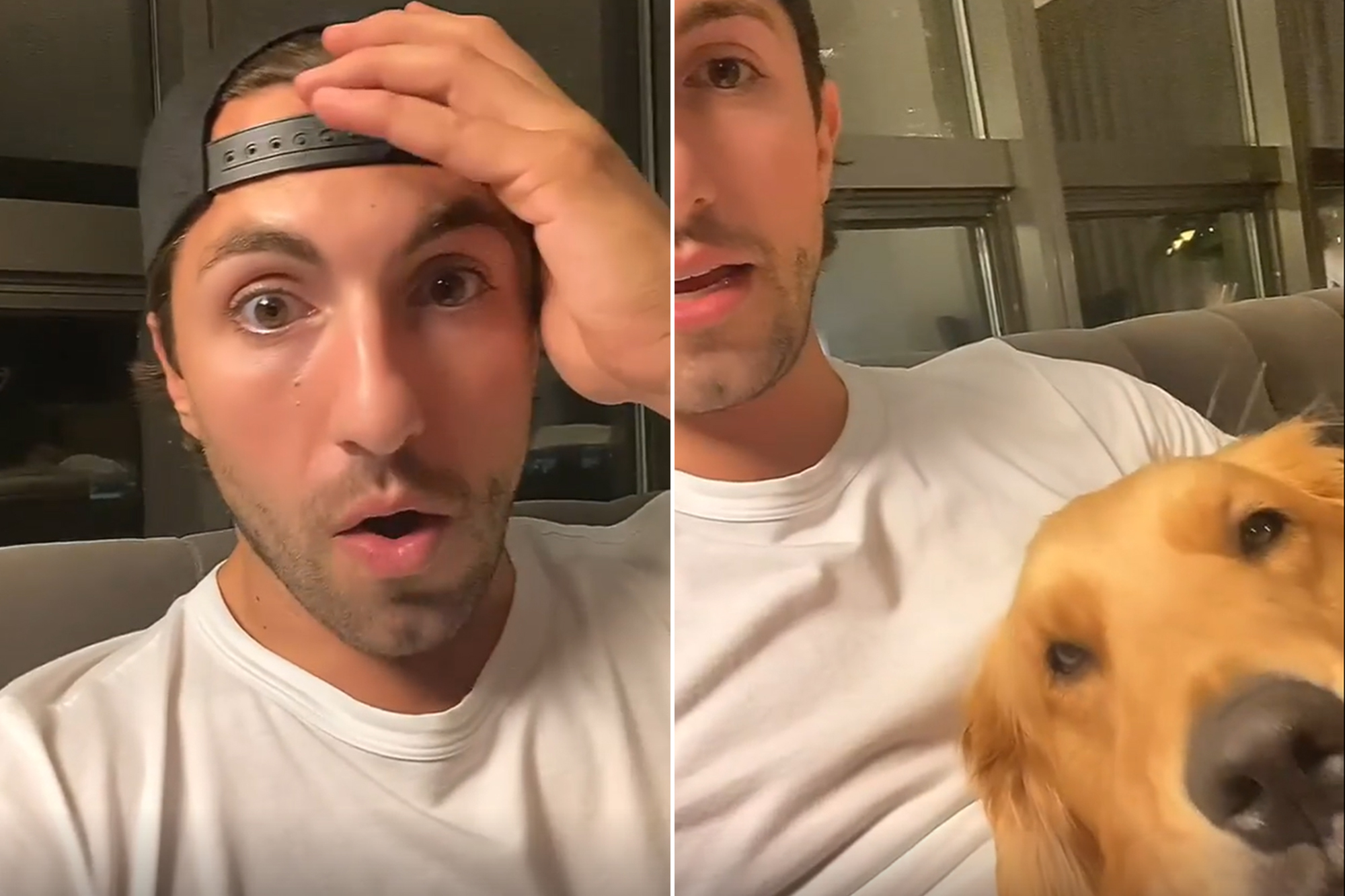 Tartick and Pinot caught up with Bristowe and Ramen at the dog park where she frantically asked him if he was OK.

“I look at myself. I’m so fortunate I was just bruised. My right leg is bruised and my right butt is sore, but that’s it,” Tartick said. “The luckiest in the world. Got cranked by a car and that’s it.”

The reality TV alum said he filed a police report after the incident.

Bristowe, 36, commented on Tartick’s video, writing, “Still shook from this. So glad you guys are ok I can’t even handle the sound I heard! Everyone be safe out there!”