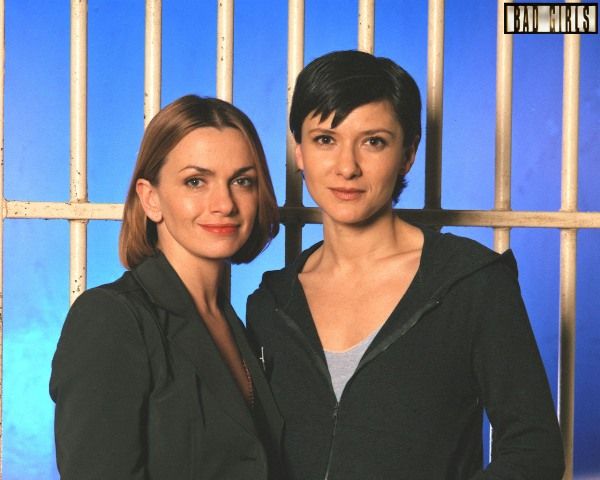 The day that prison drama Bad Girls ended was a dark day for us all and ever since it left our screens, dedicated fans have been eagerly hoping for a return or a revival of the cult show.

Now, Simone Lahbib, who played Governor Helen Stewart for the first three series, has given some hope and hinted that it could be on the cards if an ongoing campaign pays off.

She told Metro.co.uk when asked if she would like a return for show: ‘It’s interesting you should say that! We do Bad Girls Reunion Events, we have the third one coming up in September.

‘DIVA magazine are on board as our official media partner so we did this panel chat and brought in some of the cast and we had a chat. It came up and there was various people from the TV industry there – DIVA are behind getting a revival on the go.

‘There’s definitely interest in it. If it was approached well, a lot of years have passed, the system has changed so it would be interesting if written right.’

This would make all of our dreams come true.

Bad Girls ran for eight series and was famed for its mix of hard hitting and gritty explorations of psychology and abuse in a women’s prison as well as some more out there stories such as killers returning as ghosts and the Costa Cons escaping to Spain for a very Dynasty like special episode.

One of the most popular plotlines was the long running love story between Helen and prisoner Nikki Wade, with an appeal finally seeing Nikki released The pair’s last scenes saw them reuniting and sharing a kiss as they started a new life.