The Andrews government’s decision to kick the banks out of state schools because of too much marketing flim-flam brings to an end a long-standing practice that goes back to a time when the behaviour of financial institutions was not naturally called into question.

When I attended a government primary school in the 1960s, Tuesday was banking day. In the morning, my mother would place a two-shilling piece in the cardboard pouch that held my State Savings Bank of Victoria passbook, hand me my lunch and push me out the door. 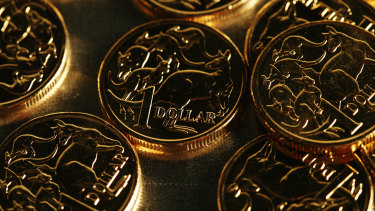 Banks in schools taught children the value of saving.Credit:Louie Douvis

In the classroom, after overseeing our memorising of times tables and pounding various combinations of vowels and consonants into our heads, the teacher would collect the passbooks and deposits, the business would be done, and we were savers, a little richer than before. We were being taught financial literacy in its simplest form.

These were relatively benign and less complicated times. Milk was milk. Tea was tea, came in loose leaf form, and was poured from a pot. The state ran the schools and the bank. Both were owned by the people of Victoria. The notion that school banking was a synergistic exercise in marketing aimed at snagging or short-changing impressionable customers did not occur to anyone.

The convention was to live within your means. Credit cards were yet to arrive. Household borrowings were not exorbitant, nor were house prices. The operating principle was that you saved and then you spent.

That changed with the expansion and deregulation of financial services in the 1980s, which produced first an economic revolution and then a social one. The normalisation of credit and the easier access to it fuelled what has so far proved to be an endless property boom.

That boom, which now looks to be getting back into swing fully now that the worst effects of the pandemic appear to be behind us, is a massive long-term problem that most policy makers prefer to pretend is not a problem.

But back to the 1980s and the early 1990s. There was a lot going on. The government that delivered those deregulatory changes, led first by Bob Hawke and later Paul Keating, had as the centrepiece of its economic policy-making apparatus a pact with the unions called the Accord.

Two enduring policy legacies of the Accord are Medicare and the compulsory superannuation scheme. The key to both measures was that they were part of a social wage. That is, workers traded pay rises that were won either through national wage cases or through negotiations with employers for guaranteed health care and a basic income for their retirement.

Medicare has been going since 1984 and the universal super scheme since the early 1990s. The Liberal-National Coalition has differing approaches to these two established pieces of Labor policy architecture. 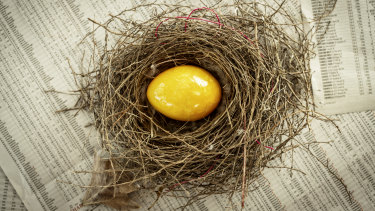 The universal super scheme has been going since the early 1990s.Credit:Louie Douvis

It accepted Medicare long ago. But on superannuation it has been decidedly uncomfortable, even antagonistic. That’s because industry super funds, a partnership between union and employer officials, have been incredibly successful. By boosting the long-term wealth of ordinary Australians, they give unions a sense of legitimacy in ways that the industrial relations system cannot.

Worse from the point of view of some members of the federal government, the industry funds are big economic players through their investments in infrastructure and businesses. Beyond the ideology, it’s hard to understand why the Coalition can’t just adopt the realistic approach it eventually took towards Medicare, accept that universal super is here to stay and move on to other things.

The government has left open two possible steps on super. One is to reverse the already legislated increase of the super guarantee from 9.5 per cent to 10 per cent of earnings in mid-2021. The other is to allow lower-income Australians to pull out their super savings in order to get a deposit to buy a first home.

The super guarantee is set to rise next year and beyond, to 12 per cent by 2025. It simply won’t be worth the pain to try to un-promise what it’s promised.

When the pandemic arrived and a recession was imminent a few months ago, many younger Australians took advantage of a one-off opportunity to yank out their super just to have money to live on. Of course they did. That’s human nature. But dipping in again for a housing deposit would be a Band-Aid. House prices would still rise, meaning that the amounts pulled out of super balances would have to grow too, crippling super for many Australians.

If the government wants to make property more affordable, it needs a comprehensive approach, looking at reforms of capital gains tax and negative gearing as well as supply, density and local infrastructure. And also a rigorous, modern, compulsory financial literacy subject taught as part of the national curriculum. What are the chances of that?

Shaun Carney is a regular columnist.