BBC journalist is presenting news with daughter, 4, alongside her ‘No longer taboo’

Anna Holligan has said that the COVID-19 pandemic has changed the norms for what it means to be a working parent with children. The reporter, who lives in The Hague, the Netherlands, is now aiming to use her platform to make others in her position feel the same.

Going forward, Ms Holligan will present many of her news reports with her child in a cargo bike alongside her.

She recently delivered a piece to camera about the Eurovision Song Contest, with her four-year-old daughter, Zena, talking and laughing in the background.

Alongside a video of the “out-takes” from the segment, Ms Holligan tweeted: “Oh the joys of breaking news on a non school day.

“Look out for the full film running @BBCWorld from 2200CET. 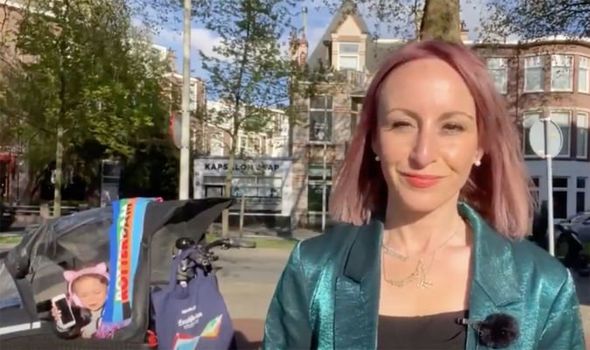 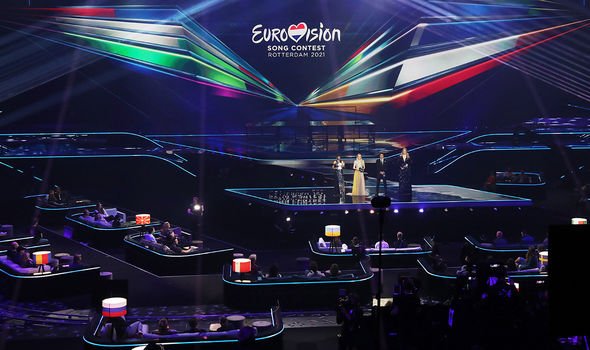 Ms Holligan said that she has had her daughter with her at work since a few days after her birth.

Talking to PA news agency, she added: “I remember recording some radio links with her on my knee, as I was wheeled out of hospital following an emergency C-section.

“She’s usually pretty good at staying relatively quiet for a couple of minutes. 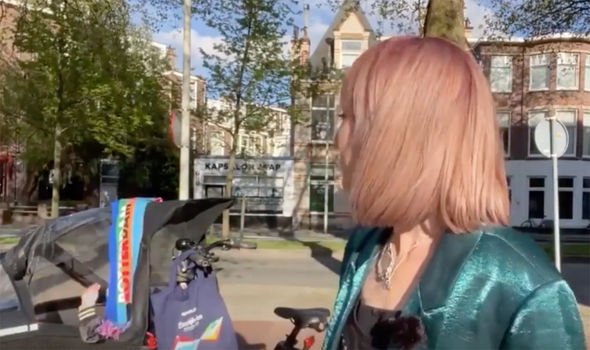 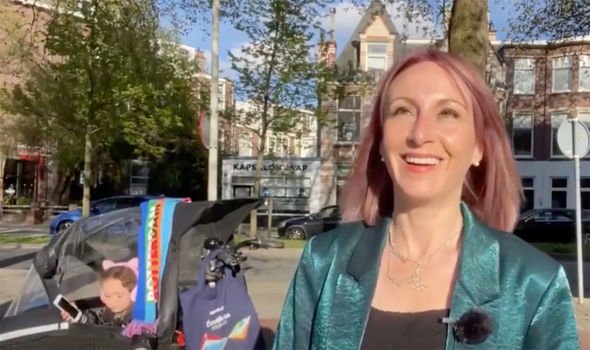 “In this instance, it was close to bedtime and she was excited about talking to our family in Scotland.”

Although Ms Holligan has always felt that it was normal for viewers to get a glimpse into her life as a working parent, it took Covid to make her fully embrace this.

She said: ”Initially I thought it was pretty natural to share glimpses of the juggle as I started to experience the challenges of working parenthood.

“While lots of people were hugely supportive, some weren’t and warned it could jeopardise my career. 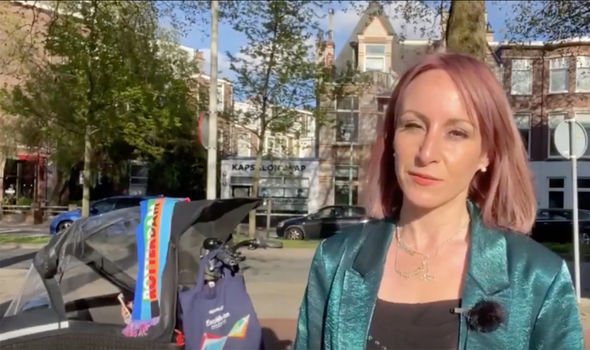 “Suddenly we were all forced to embrace the presence of our offspring… it was no longer a taboo – for some – to have your kids around.

“I no longer feel the anxiety associated with always trying to hide her – or apologise for her being around, this has been a huge liberation and removed so much of the pressure.”

Ms Holligan said that Zena was with her during the Eurovision report due to it being filmed on the weekend, but that her daughter will also appear in future reports.

She added: “The outtakes were funny, and we are all craving a little light in the darkness.

“She’s just as joyous as this snippet reveals – and she was happy for me to share, in fact when I asked she responded in a flash: ‘Why mummy, is it because I’m more interesting than you?’

“I decided to share on Twitter because so many young women who I admire so much have messaged me privately to say they’re inspired and find it reassuring to see there’s a way to have children without sacrificing their career.”