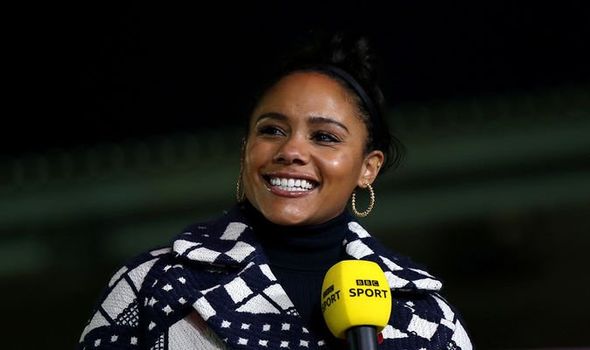 Lord Jones, educated at private Bromsgrove School, sparked a row when he tweeted on Friday: “Alex Scott spoils a good presentational job on the BBC Olympics Team with her…inability to pronounce her ‘g’s at the end of a word.”

Alex received overwhelming support. But he later followed it up with further criticism of her defence of her accent.

“Proud of the young girl who overcame obstacles, and proud of my accent! It’s me, it’s my journey, my grit. A quick one to any young kids who may not have a certain kind of privilege… Never allow judgments on your class, accent, or appearance hold you back. Tweets like this just give me the energy to keep going.”

The former Arsenal and England footballer, recently announced as the new host of BBC’s Football Focus, received support from colleagues, athletes and politicians.

“You are worthy of much better than that!”

Piers Morgan blasted Lord Digby Jones on Twitter, writing: “WHAT? This is insufferably pompous and patronising… @AlexScott is a working class East London girl who’s risen to the top of two professions through hard graft and talent.”

Ex-footballer and presenter Gary Lineker, tweeted: “I wonder which accents are acceptable to Lord Snobbery of Digby?” And London Mayor Sadiq Khan tweeted: “From a proud sarf Londoner to a proud East Londoner: well said @AlexScott.”