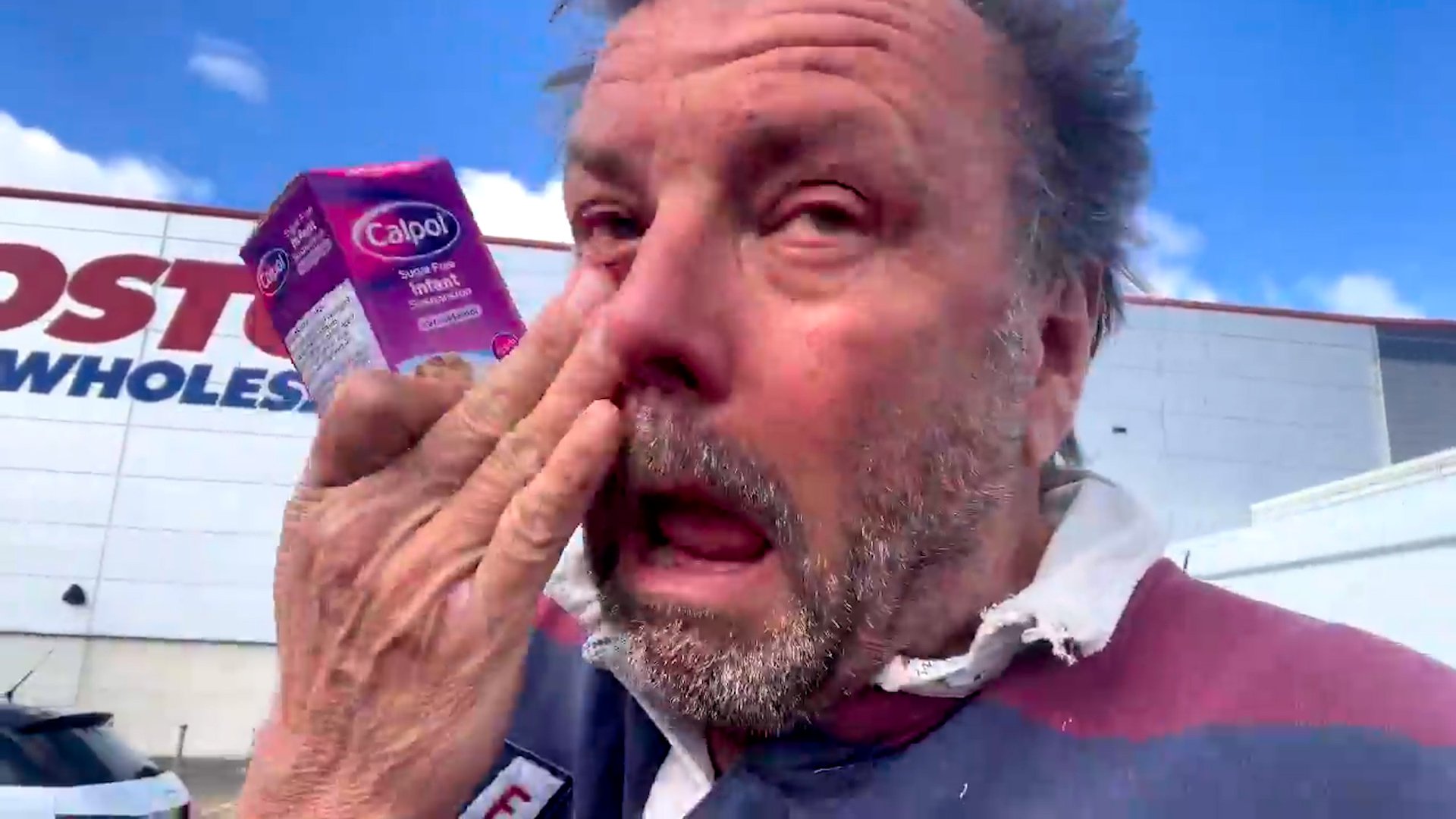 Homes Under The Hammer presenter Martin Roberts broke down in tears as he attempted to purchase supplies for Ukrainian children affected by Russia’s invasion.

The TV star filmed himself outside a Costco on Saturday and explained how he felt helpless amid the devastating crisis, which has displaced more than 1.5million Ukrainians since President Vladimir Putin began his onslaught on the country.

In his emotional Instagram video, Martin said he wanted to buy medicinal items such as Calpol but found there was a limit on purchases at the store.

He said: ‘So listen, like you, I’m properly just really at a loss in terms of what I can do to help with what’s going on in Ukraine.

So I’ve come to Costco and I’ve just been buying lots of things like Pampers, kids stuff, Tampax and other bits and pieces.

‘Things for kids because it’s the kids, you know, [they’re] everything.’

Fighting back his tears, he continued: ‘So I’ve been trying to buy some Calpol and I’m only allowed to buy two, right?

‘And I know there’s some sort of limit that they’ve put on that stops under normal circumstances people buying lots of Calpol, because of course…

Praising the samaritans, Martin said: ‘So there are such good people out there and everybody’s trying to do their bit and if you just give them a route to do it…’

The BBC broadcaster concluded: ‘We’ve got to do what we can, right? So whatever small step you can take to do your bit, just do it. Because even a couple of bottles of these might help.

‘So do that for me alright (not for me obviously) do it for them because this is actually, if you think about it, going hopefully into the mouth of a child that needs it.

‘A homeless child who’s now wondering what the hell’s going on in some refugee camp somewhere.

‘Anyway, you get the idea. Sorry.’

In the caption, Martin added: ‘I wonder if @costco_uk had some collection bins that people could just put donations in, it would avoid this situation. Help me try to make it happen.’

This is the fastest-growing refugee crisis in Europe since the Second World War, the UN High Commissioner for Refugees Filippo Grandi said today.

The UN estimates more than four million people will be forced to cross borders to keep their families safe from Russian bombs and rockets.