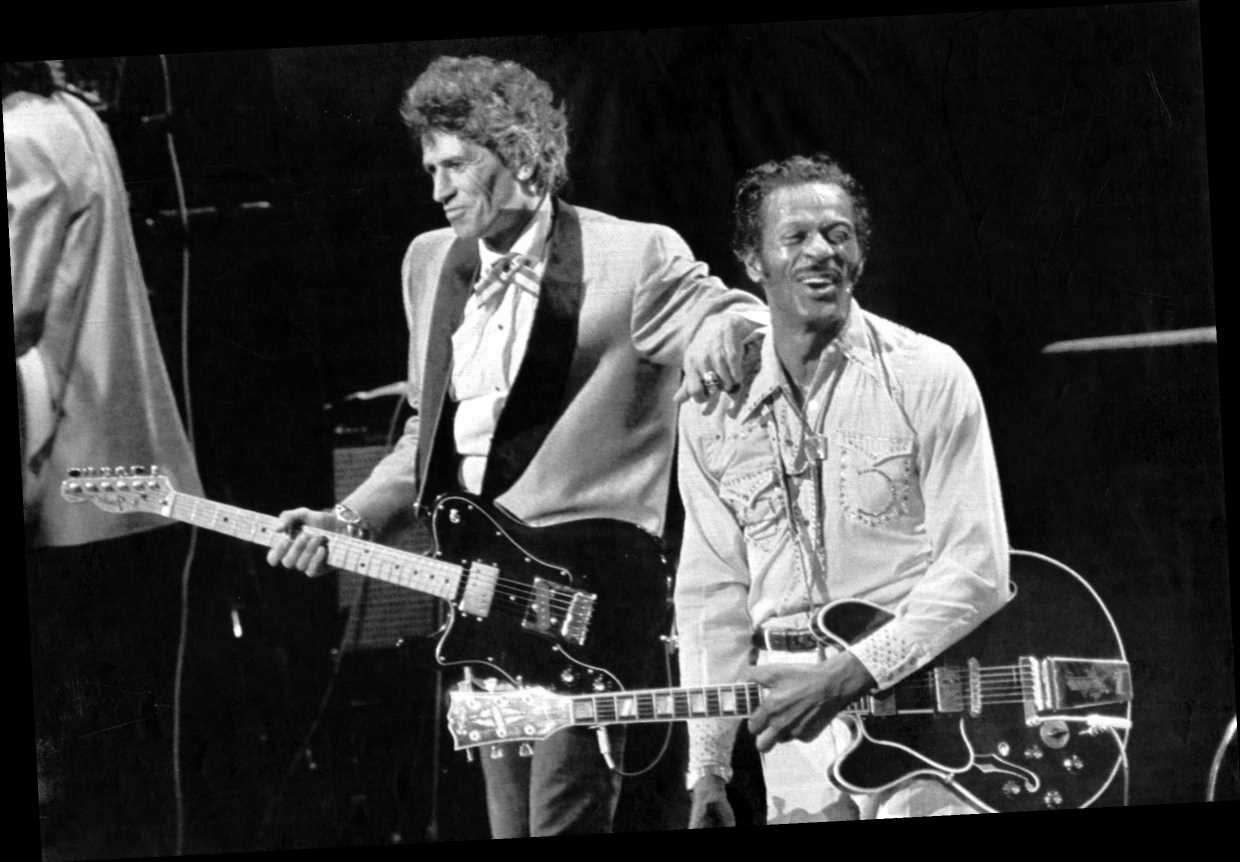 Rare and classic footage of the Beatles, the Rolling Stones, Bruce Springsteen, Jimi Hendrix and more covering Chuck Berry tunes will be compiled in a new documentary tribute to the rock and roll legend, Brown Eyed Handsome Man, set to air February 29th on PBS.

The film collects several decades’ worth of performances, including two very early ones from the Beatles and the Stones from 1964: In one, the Beatles play “Roll Over Beethoven” at their first U.S. concert at the Washington Coliseum in Washington D.C., and in the other, the Rolling Stones play “Around and Around” at a U.K. gig.

The most recent performance occurred just a few years ago when Jeff Lynne and Electric Light Orchestra delivered a rendition of “Roll Over Beethoven” — complete with an intro of Beethoven’s Fifth Symphony — during their 2017 Rock and Roll Hall of Fame induction performance. (The cover doubled as a tribute to Berry, who’d died a month prior at the age of 90.)

Other performances include Jimi Hendrix’s rendition of “Johnny B. Goode” in Berkeley, California, in 1970; Paul McCartney’s intimate 1999 rendition of “Brown Eyed Handsome Man” at the Cavern Club in Liverpool, where the Beatles got their start; and Tom Petty and the Heartbreakers’ take on “Carol” from 2011.

Along with all the covers, there will be plenty of footage of Berry, including several solo cuts (“Maybellene,” “Nadine” and “You Can’t Catch Me,” among them) and performances with his one-time backing band, Billy Kingsley and Rockin’ Horse (“Let It Rock,” “Sweet Little Sixteen”). Brown Eyed Handsome Man will also boast several collaborations, including clips with Linda Ronstadt (“Back in the USA”), Keith Richards (“Carol”) and Bruce Springsteen (“Johnny B. Goode”).

“In 50 years of working with Chuck Berry, I saw him perform hundreds of times and there simply wasn’t anyone like him,” Berry’s agent Dick Allen sais. “He was such a dynamic showman and loved performing for his fans. This program does a terrific job of showcasing him live in concert throughout a variety of eras of his career and it’s a wonderful tribute to see these fellow legends performing his songs. Seeing it all together really drives home how many artists he influenced and that rock and roll wouldn’t have been what it was if it wasn’t for Chuck Berry.”