Before the 90 Days Returns With Mayo Hair & Unprotected Sex 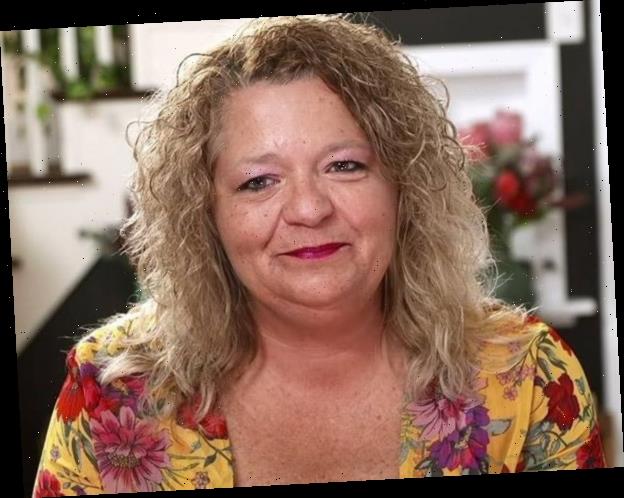 Another season of 90 Day Fiancé: Before the 90 Days, another group of couples that make even the most naïve TV viewer say, “Sure, Jan,” to their TVs.

The two-hour season four premiere of Before the 90 Days introduced just five out of the eight couples. In the Sunday, Feb. 23 episode, viewers met Big Ed, a 54-year-old photographer from San Diego; Avery, a 32-year-old dental assistant by day, cannabis food blogger by night; Geoffrey, a 41-year-old zaddy; Lisa, a 52-year-old hospice caregiver; and Yolanda, a 51-year-old from Las Vegas who is for sure being catfished.

Join us, as the journey begins.

Ed
Ed, who dubbed himself Big Ed as a way of dealing with his self-consciousness over his 4-foot-11 stature, is a professional photographer whose best friend is an adorable pup named Teddy. He was married for two years, but things didn’t last due to his unfaithfulness. However, he did get a daughter, Tiffany, from the relationship. She’s now 29 and six years younger than Rosemarie, his Filipino love. Ed met Rose online, naturally, and has spent over $5,000 on sending her gifts that she may or may not have ever gotten. He hopes it’s true love, because it’s currently breaking up his relationship with his daughter.

In the first episode, viewers saw Big Ed dye his hair and put mayonnaise in it. He also questioned Rose about her thousands of Facebook friends and whether her ex-boyfriend and the father of her son, Prince, is still around. Prince calls Big Ed daddy. One more thing he revealed: He wasn’t honest about his height to Rose.

Avery
By day, Avery, a mom of two, is a dental assistant, but she revealed her true passion is being a food blogger for recipes infused with cannabis. She said the most important thing for her is to be a good role model for her 10 and 2-year-old daughters. Avery met Ash, a relationship coach, on Instagram roughly nine months ago. He commented on a food post and the two went from there. He’s living in Australia and is quite active on social media…which is a sticking point for Avery.

“Sometimes I wonder maybe I fell in love with him because he knows all the right things to say,” she said. According to Avery, he can’t get a visa because of financial issues.

Throughout their nine months together, they’ve broken up three times. She has confronted him numerous times about all the women in his life and his online behavior. Once, a bunch of photos disappeared and he said he got hacked.

Geoffrey
This 41-year-old from Knoxville has been married a few times. He has three children, including two boys from a relationship he was in 20 years. During his last relationship, he lost a son at a year and a month old.

“So many failed marriages made it really hard to trust people again,” he said. So, one day he was online and came across an ad for an international dating site. He joined and met Varya, a 30-year-old radio personality. He said her professional drive was really appealing. However, a friend from work, Olga, warned him she may just be looking for a ticket to America. His eldest sons are also worried.

Lisa
When viewers first meet Lisa, a 52-year-old from York, Pennsylvania, she’s getting a full body wax. It’s all coming off for her trip to Nigeria to meet Usman aka Sojaboy.

Lisa and Usman have been speaking for two years. He found her on Facebook and at first she didn’t trust him, but he immediately video called to prove his identity. Usman is a little bit of a Nigerian celebrity. He’s got thousands of Instagram followers, including women who are not shy about professing their adoration for him. To prove his love for her, Usman released a song about her. She listens to it multiple times during the day.

While she struggles to deal with his fans, Lisa is ready to take their digital engagement into a real-life marriage. Once she gets to Nigeria, she plans to reveal her “secret weapon.”

“From day one he’s had nothing but safe sex…when I get there, there will be no condom use…It’s like I’m taking a virgin,” she said. “It will be off the hook.”

Yolanda
Yolanda, a 51-year-old mother of six, has been on a journey as of late. After the death of her husband, she dropped 150 pounds in an effort to get healthy for her kids ages 17-29. But she was also keeping a secret from her kids: She met a man online, Williams, a 40-year-old restaurant manager from London, and was falling in love. Her kids, except eldest Karra, thought she was filming a reality show about her weight-loss journey. When she came clean, her kids were skeptical. Is she being catfished? Yolanda met Williams on Instagram. He slid into her DMs. But the two have never video chatted. He said his phone is broken. Still, they talk five times a day via voice and text.

At first, Williams wanted money for a ticket to visit her. But that sent a red flag up, so she decided to go to London to meet him—with Karra by her side.