Bend It Like Beckham star Parminder Nagra revealed she hasn’t participated in a game of football in 20 years – and we don’t know how to feel.

The 2002 football flick – which was inspired by David Beckham – follows 18-year-old Jess (Parminder) who becomes infatuated with the beloved sport but her British Indian Sikhs parents have forbidden her to play because she is a girl.

The British rom-com which was released on April 11 2002 recently celebrated its 20th anniversary and is considered essential viewing to this day.

During Friday’s instalment of The One Show, presenters Alex Jones and Ronan Keating couldn’t help but wonder whether Parminder has taken a trip down to the football field in the last two decades.

‘Nope, and never played it since,’ Parminder quipped.

Reflecting on the behind the scenes football training, she added: ‘I never played, so we had to learn all these set moves and I managed to hurt my foot in the process because bending a ball is really not that easy.’ 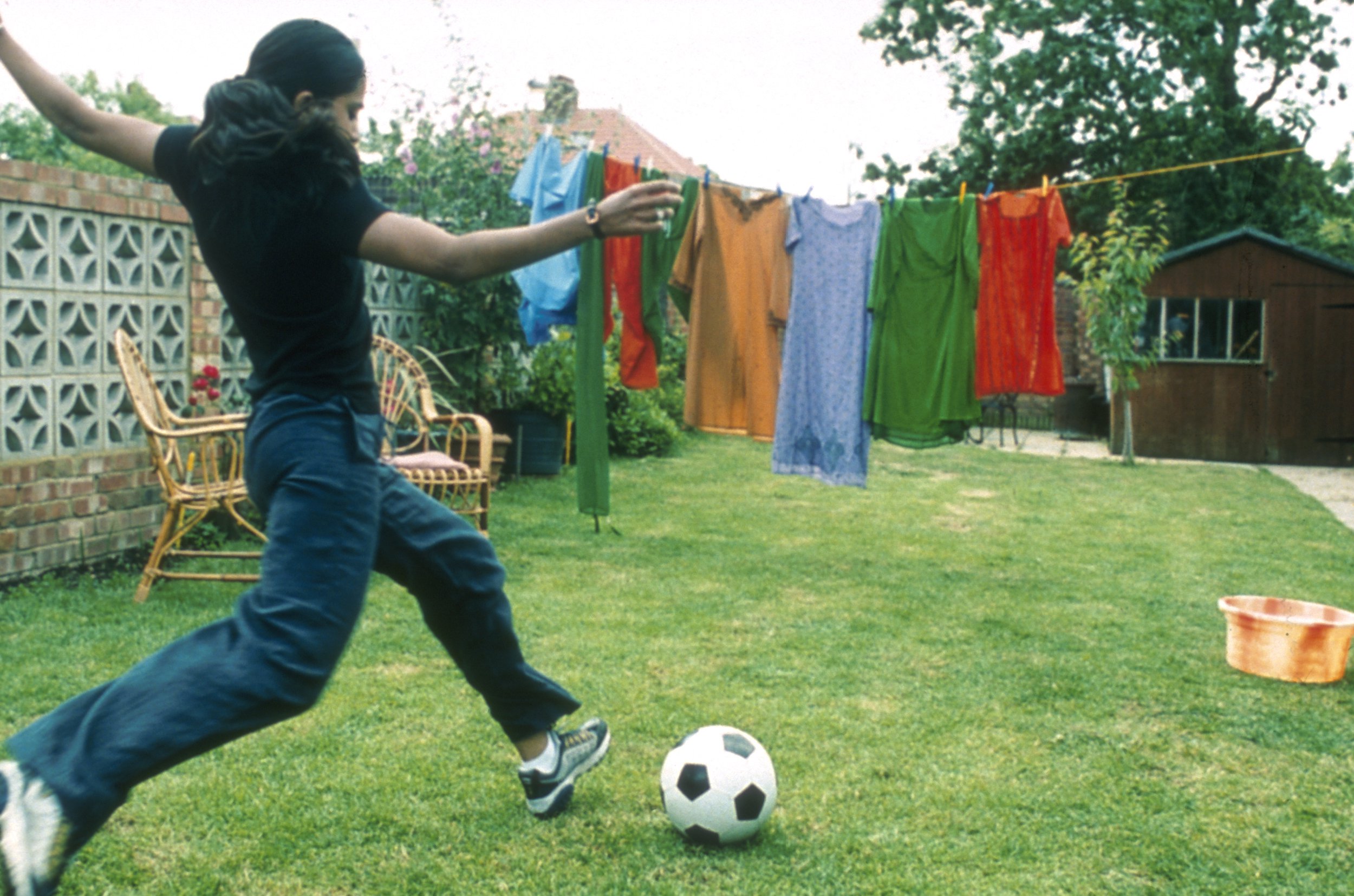 Keira Knightley also starred in the hit movie as Jess’ best friend Jules, however, their friendship hit a bump in the road after she caught Jess making a move on their football coach Joe (Jonathan Rhys Meyers).

The film came a year after 2,996 people were killed in coordinated terrorist attacks by extremist group al-Qaeda.

Director Gurinder Chadha, 62, first came up with the idea after seeing former England footballer Ian Wright run on to the pitch with a Union Jack flag, ‘triggering’ her to explore the concept of Britishness in a film.

Gurinder had been in Birmingham mixing music for the film when the World Trade Centre was attacked and believes the film was ‘healing’ in the aftermath.

She explained: ‘I think that had a massive impact on how the film was received globally because we came out after 9/11 and I think the world was quite shocked and beaten up by that and here comes this innocent film that is trying to make people understand what it feels like to be different.’

After wowing in the film, leading star Parminder 46, followed in the footsteps of her character and headed to the US, where she landed a starring role in the hit TV show ER, staying for six years as Dr Neela Rasgotra until 2009.

The One Show airs weekdays at 7pm on BBC One.