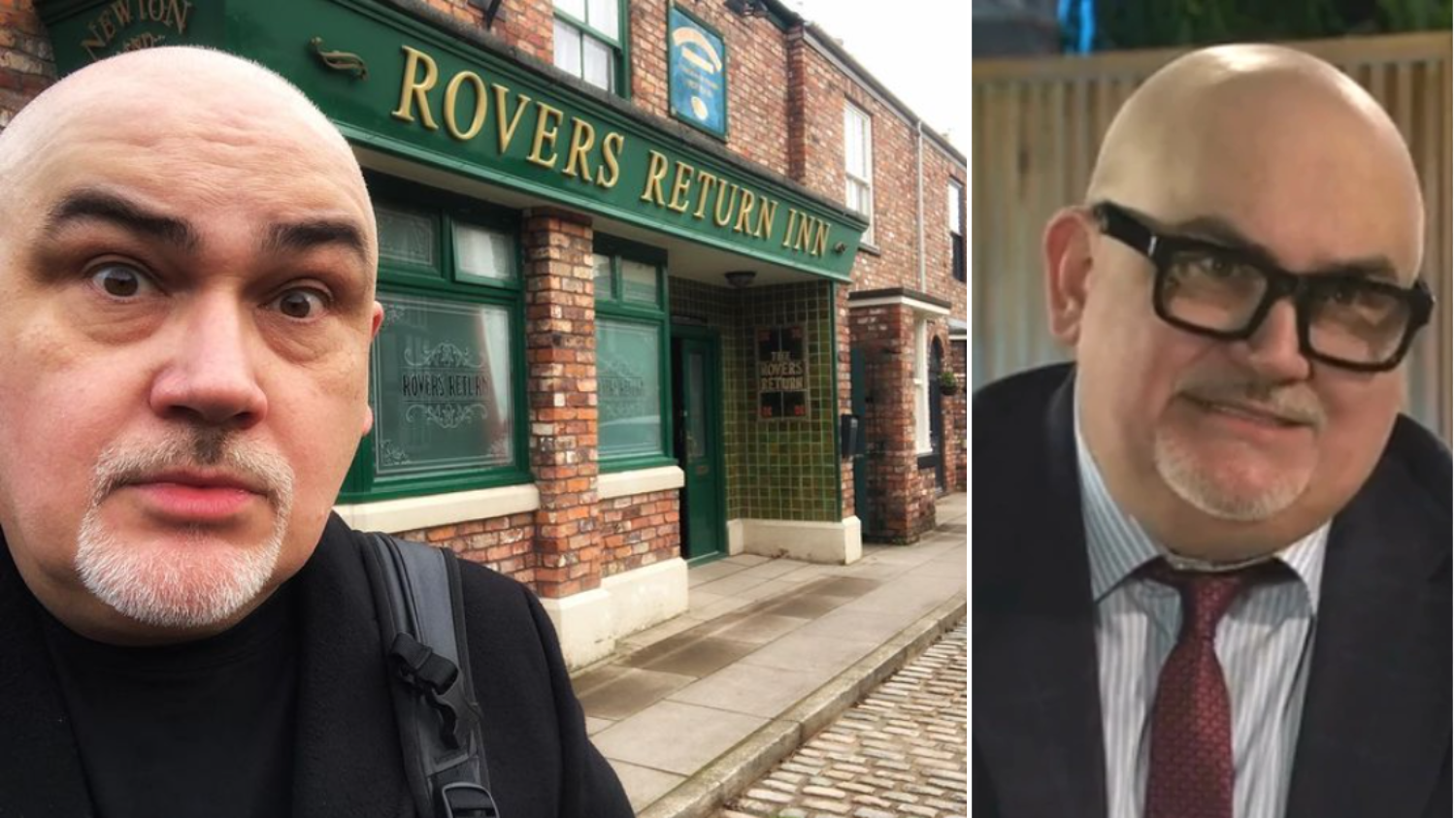 Derren Litten has had to cut his Coronation Street stint short due to scheduling issues, the star has revealed.

Best known for creating the ITV sitcom Benidorm, Derren recently took to the cobbles in the role of Bernard Barnes; the political archenemy of Maria Connor (Samia Longchambon).

Taking to Instagram, Derren expressed his disappointment at not being able to continue on the show.

‘Well that’s a b*****. The dates for Coronation Street have moved by several weeks and clash with an existing contract I have (BeniCon),’ he explained, ‘So unfortunately I have to bow out of my stint on Corrie.

‘I loved being on the show previously and hopefully they’ll have me back another time in this legendary soap!’

The explanation was posted alongside a selfie of the actor outside the famous Rovers Return.

Bernard was a key component of Maria Connor’s (Samia Longchambon) story as she launched a clean air campaign, following Liam’s Asthma diagnosis. Thanks to his dirty tactics, she almost threw in the towel.

While Derren may not be able to return as was originally planned, we hope to see him on the cobbles again in the future.