Susanna Reid, 50, was reportedly in a relationship with Crystal Palace chairman Steve Parish for five months in 2018, however they stuck firmly to business when he appeared on Good Morning Britain. Despite their professionalism, the meeting of the supposed exes did not go unnoticed by viewers.

Many took to social media as the reported former couple came face-to-face on live TV, to talk about the fallout over the European Super League.

Some drew attention to the supposedly “awkward” encounter on Twitter.

One user joked that the presenter was most likely glad that her former co-star Piers Morgan was no longer on the show, as no doubt he would have quizzed them about their love life.

Susanna, who hosts the show with a roster of different co-hosts, was joined today by Adil Ray. 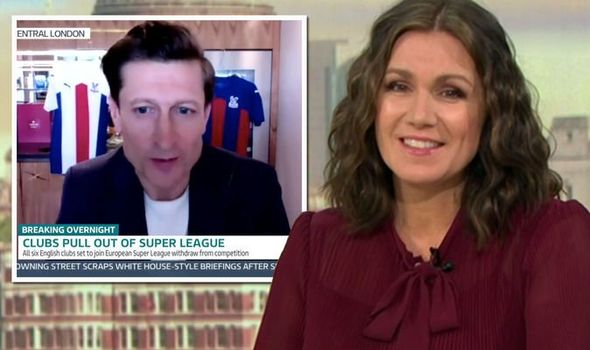 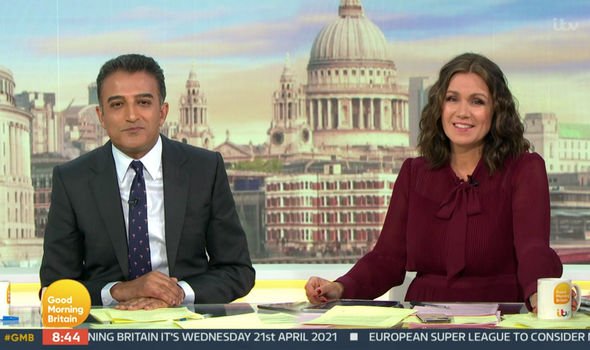 A third remarked: “@GMB Go on Susanna… admit it… You were really glad Piers wasn’t there when you interviewed Steve!” 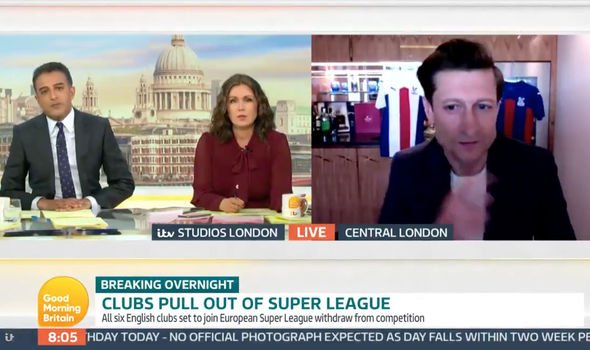 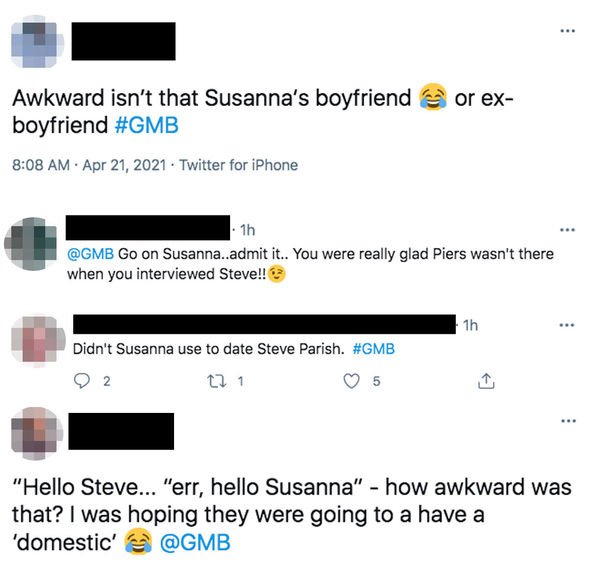 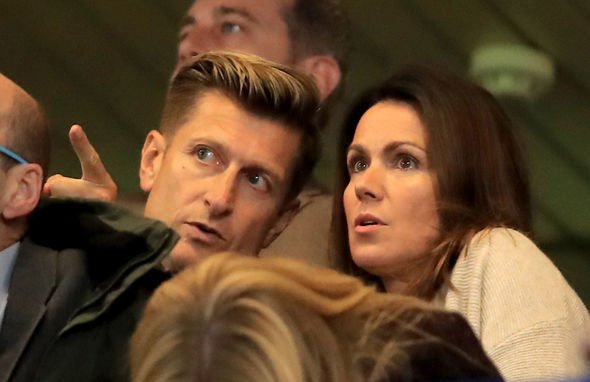 A fourth person joked about the pair having a “domestic”.

“Hello Steve… ‘err, hello Susanna’ – how awkward was that?

“I was hoping they were going to have a ‘domestic’ [laughing emoji] @GMB,” the tweet read.

The Sun previously reported Susanna and Steve had rekindled their romance, but that has never been confirmed by the pair.

The 55-year-old chairman appeared on the ITV breakfast show to talk about the widely criticised European Super League.

It comes after all six of the Premier League teams withdrew from the competition after angering fans.

Steve said: “It certainly was the fans. The fans really fought for the right to lose yesterday.

“They said they don’t want victory without the jeopardy and the risk of losing.

“That it was meaningless to them and they don’t want to be part of a gilded elite with no relegation and no promotion.

“So absolutely the fans, the players, the managers that came out against it – all of them must deserve high praise.”

Manchester City were the first team to pull out of the breakaway league.

They were followed by Chelsea, Manchester United, Arsenal, Liverpool and Tottenham.

In a statement, the Gunners said that they had “made a mistake” and apologised to fans.

Express.co.uk has contacted a spokesperson for Susanna Reid asking for comment.