The last thing Michael Mando filmed on “Better Call Saul” was Nacho’s hideout in the oil tanker. As his character is hiding from people on his tail who wish him dead, Mando had to submerge himself in a giant pool of goo. In a way, it was a fitting reverse-baptism for one of the most memorable characters on one of TV’s best dramas.

Knowing that his character doesn’t appear in “Breaking Bad,” fans have been anticipating an unfortunate end for Nacho for a while. That end came a little sooner than expected in this week’s “Rock and Hard Place,” but not without a beautifully orchestrated sendoff.

“To have the whole show ‘Breaking Bad’ and be this one guy breaking good creates a tremendous amount of tension to go against that current. So that character had a really tall order and a great responsibility to double down on his desire to do the right thing. There was not a dull moment and I’m so grateful for it,” Mando said of the experience.

Of course, with a show like “Better Call Saul,” endings don’t mean anything without all the work that comes before it. In advance of Nacho’s exit, Mando spoke with IndieWire about the challenges and encouraging coincidences that helped make this farewell episode the best it could be. This interview has been condensed and edited for clarity.

Gordon Smith was the writer and director on this episode. Did it help to have one person who you could talk to about all aspects of how this was going to end?

This episode was full of so many symbolisms, if you zoom in on Nacho’s shirt, or the last meal, or the last goodbye, or that moment where Nacho is free, but decides to walk back into hell to save his father.

Gordon and I really spoke a lot before this episode. It was our final sendoff for me and him. It was the last time he was directing. We were very aware of this wonderful script that he had written. And we talked about detail stuff. For example, it was important for me that Nacho would eat with a knife and a fork, and that he would put salt on his food. It was about celebrating life, that this character felt whole doing this decision.

Before Nacho gets to that final confrontation in the desert, he has plenty of phone conversations, especially the one with his father. Performing really intense scenes without a physical on-screen partner, was that something that came easier to you over the course of the show?

I come from the theater and I’m used to playing Shakespeare. In the theater, the lines are so important. It was amazing playing a character where the acting was boiled down to the essence of being, where your character really can’t hide behind gestures or movements or expressions. You really had to be. And that, to me, was a roller coaster ride because you have to go so deep within yourself. And I welcomed that challenge. It got me to know myself better, and I feel very grateful for that challenge. It’s the ultimate frontier in acting. 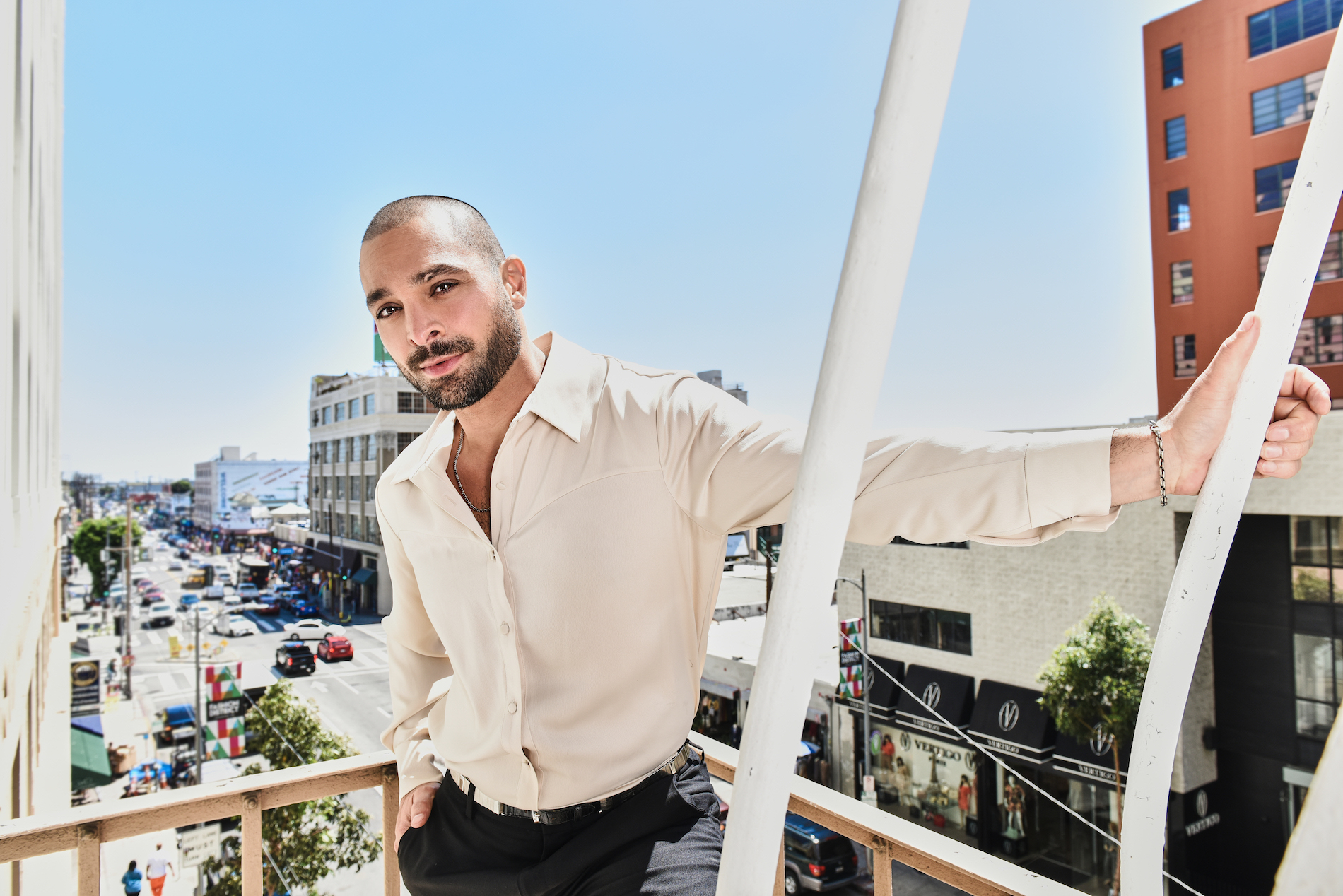 Things can change so much in TV, especially on a script level. Did Nacho’s farewell scene end up pretty close to how it was when you first read it?

That episode was crazy. Right before we turn the cameras on Nacho, there was a sandstorm and we had to call it quits. When I came home that night, lightning struck the tree in front of my house and blocked my driveway. One of the ADs sent me a photo of almost an identical truck to the one that Nacho steals that had nothing to do with us. You’re not going to believe this, the guy painted the name “Nacho” in the back. And there was no way he would have known about it because it still hasn’t aired yet. I had cut my finger really deeply the day before my first day of shooting and I couldn’t feel anything in my left hand. I thought I was having a heart attack that night because my whole hand was numb. I ended up not shooting for a week and a half. So there was all these unbelievable things that were happening that made it so symbolic.

With that last message that Nacho gives to Hector before the end, there’s a lot of emotional range to play there. What helped you decide how internally to play that?

Before they turned the camera onto Nacho, there was that sandstorm. The very next day, when we shot that scene, Gordon Smith gave me a great note that changed the way I played it and took it in a completely different direction.

We had a day to think about it and we were really happy with what we were doing when the camera wasn’t on me. But when the next day, we realized that this was a scene where he was doubling down on his love for his father. It wasn’t a scene about revenge, it was a scene about true love and sacrifice. He was standing up for his community. He was saying, “We are not bad people. We are not you. We are my father. You’re not our representatives. My father is our representative.” That, to me, was beautiful. And I think that’s why it means so much to me.

As we’ve seen a few times before with beloved characters, this is a self-contained TV universe where even dead characters seem to find their way back somehow. Is that something you’d be interested in doing someday or do you feel like this episode closed the chapter for you?

Vince and Peter are the captains of this ship. If they called me and said, ‘We’d like to make a Nacho movie,’ my answer would be, ‘What time and where?’

This turned into a dream role, because he became iconoclastic. He broke that mold of the cartel brown skinned guy. And he turns and becomes a hero essentially a larger than life hero in every sense of the word. And that, to me, is the the biggest celebration. And I thank the writers are that responsibility. Yeah. To allow me to allow me to occupy that responsibility.

“Better Call Saul” airs Monday nights at 9 p.m. on AMC and is available on AMC+.