At the peak of its power, Big Brother was a TV show capable of shifting the needle, dominating the national conversation and turning everyday battlers into household names. Premiering in 2001, the early seasons reflected a genuine social experiment, existing in that mythical, magical time before social media clouded the agenda of any aspiring reality show contestants.

As a result, the show consistently delivered moments that would live forever in the Australian TV canon. Controversial, scandalous, unforgettable. 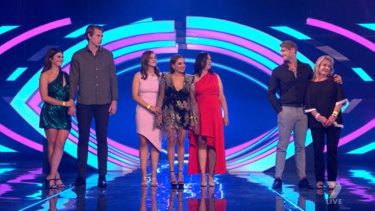 Big Brother is returning for another season, but what’s the point?

Who can forget Merlin’s post-eviction vow of silence in 2004 and his homemade Free Th Refugees sign? Or the shameful ‘turkey slap’ incident from 2006 that even drew in comment from then-prime minister, John Howard: “Here is a great opportunity for Channel Ten to do a bit of self-regulation and get this stupid program off the air.” 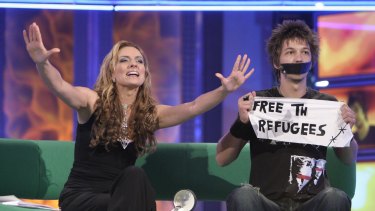 We fell in love with housemates in a way that no longer feels possible due to the sheer volume of ex-reality stars in the marketplace. Big Brother gave us Ryan ‘Fitzy’ Fitzgerald, Chrissie Swan and… Hotdogs.

At its most feel-good, Big Brother was able to unify TV viewers with heartwarming stories and personalities. In 2001, we joyfully memorised Sara-Marie’s ridiculous bum dance and, two years later, cheered when Tasmanian fish and chip shop owner, Reggie Bird, pocketed a quarter of a million dollars. 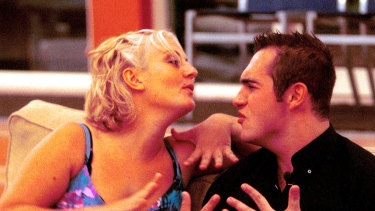 The way we were … Sara-Marie Fedele and Ben Williams from Big Brother season one.Credit:Ten Network

But the magic of the early noughties couldn’t last forever. As Big Brother bounced around the free-to-air landscape, leaving Network Ten, stopping in at Nine*, and then being resurrected by Channel Seven, the show has failed to recapture its old magic.

The most recent offering on Channel Seven, Big Brother VIP, saw a bunch of celebrities including Caitlyn Jenner and Thomas Markle join the cast, but the star power didn’t translate to huge ratings.

The show launched to an overnight audience of just 377,000 viewers, according to OzTam, across the five metro capitals. However, the Total TV audience – made up of metro, regional and time-shifted audiences who watch within seven days of broadcast, plus those watching on the network’s Broadcast Video on Demand (BVOD) player – rose to 809,000.

But given the salaries dished out to the stars – Jenner banked a reported $500,000 for her week-long stay – it was hardly an impressive return on investment. 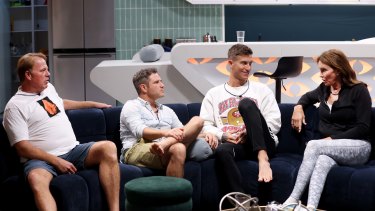 Caitlyn Jenner (far right) was paid a reported $500,00 for her appearance on Big Brother VIP.

So perhaps it makes sense that Big Brother finds itself looking to the past in an attempt to salvage its future.

Channel Seven has announced the next series will see eight familiar faces returning to the show alongside five new players. Fan favourite Reggie Bird is back, alongside 2004 winner Trevor Butler and 2013 winner Tim Dormer. Also making a comeback is Big Brother’s most controversial ex-couple, Anthony Drew and Tully Smyth.

No doubt Big Brother would love to reignite the Drew and Tully romance (despite Tully hosing down potential rumours in the show’s promo) while also tapping into our nostalgia for the likes of Bird and Butler.

Mining your past for relevancy is a hot trend in TV land; later this month, we will see MasterChef Australia: Fans & Favourites hit our screens, while Survivor’s most recent season, Blood vs Water, featured a mix of new and returning players.

But when it comes to Big Brother, the joy has always been in watching a new group of people interact for the very first time in a controlled environment.

When a previously unique format finds itself leaning on famous or familiar faces, the question becomes: Big Brother, why bother?

*Nine is the owner of this masthead.