Billie Eilish: ‘I don’t know what things cost because I’ve never been an adult before’ 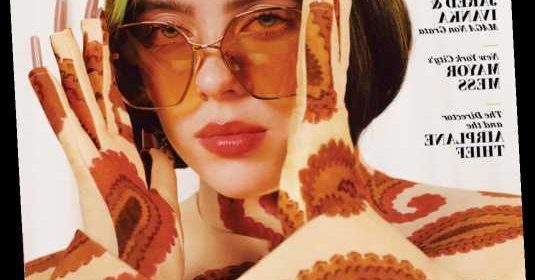 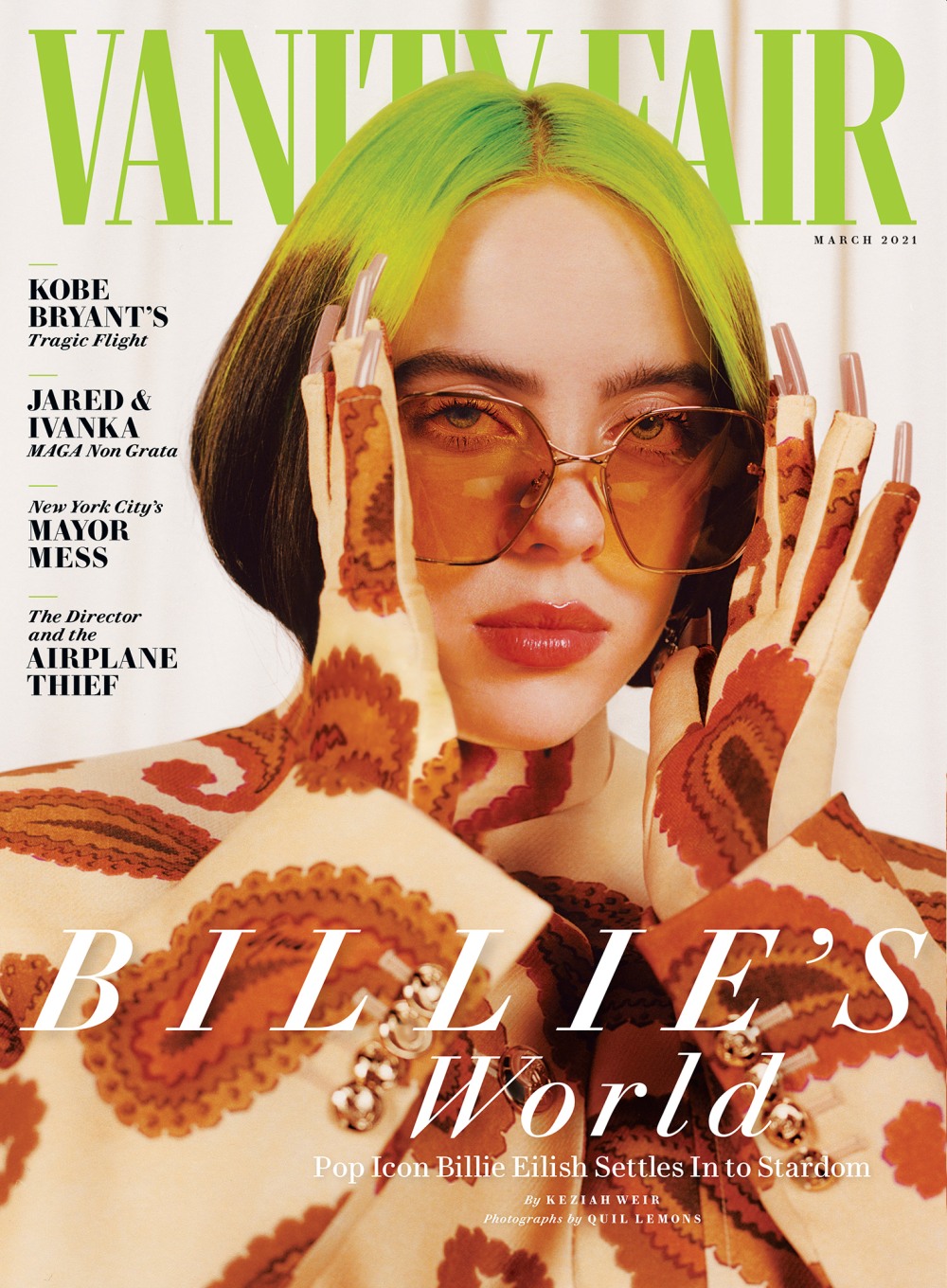 Billie Eilish covers the March issue of Vanity Fair, mostly to promote her new AppleTV documentary Billie Eilish: The World’s a Little Blurry. She allowed cameras to follow her around from 2018 into early 2020, which seems like a long time, and like they probably have enough footage for ten documentaries. Which I’m sure Billie’s legion of fans would love and watch constantly. Personally, I’m too old to be a Billie Eilish stan, but I’ve enjoyed her growth and her maturing as I’ve covered her interviews in recent years. She went through a painfully self-aware stage where she was constantly making her relatively charmed life sound completely miserable, but she got into therapy and simply grew up, so she comes across so much better these days. You can read the full VF piece here. Some highlights:

She loved the documentary cameras: “I just have always loved cameras, and I loved being on camera, and I’ve always loved watching videos of myself, since I was a little kid. I remember being 10 and being like, ‘Mom, can I watch home movies?’ ”

The devotion from her young female fans: “[It] makes you kind of crazy. We all know the feeling of seeing yourself and being like, What is going on with me, I’m acting insane. When you’re excited about something, you forget boundaries and you forget what’s polite and what’s kind of not polite. I’ve had a lot of weird situations—people will kiss me and pick me up, spin me around.” For meet-and-greets, back when those were still happening, members of her team started briefing the kids in line about how to behave. “It is definitely important to have the boundaries and also have people around you that can help in a situation like that. I never want to push away somebody that’s showing me only love. And even if it’s coming from a place of crazy love, I don’t ever want to push that too far away.”

She’s sober & she promotes sobriety: “When I was growing up and I was around my group of friends back then, and they would all be drinking and smoking and doing drugs and whatever, I think because of the way that my personality is—I’m a very strong-willed person, and I think at the time I was very alpha—I’m coming to realize that I may have felt a feeling of superiority. I’m not out here going to parties and also, I’m me, so I can’t really go…anywhere.”

The photos of Billie in a tank top which went viral: “I think that the people around me were more worried about it than I was, because the reason I used to cut myself was because of my body. To be quite honest with you, I only started wearing baggy clothes because of my body. I was really, really glad though, mainly, that I’m in this place in my life, because if that had happened three years ago, when I was in the midst of my horrible body relationship—or dancing a ton, five years ago, I wasn’t really eating. I was, like, starving myself. I remember taking a pill that told me that it would make me lose weight and it only made me pee the bed—when I was 12. It’s just crazy. I can’t even believe, like I—wow. Yeah. I thought that I would be the only one dealing with my hatred for my body, but I guess the internet also hates my body. So that’s great.” I posit that the internet might hate all women’s bodies. “The internet hates women.”

Shopping online during the pandemic: “I don’t know what things cost because I’ve never been an adult before. And, you know, I grew up with no money. It’s a really weird position I’m in. I feel kind of stupid because I’m like, I don’t know how much Froot Loops are. I tried to order one box of Froot Loops and I was like, Oh yeah, sure. It’s $35. I didn’t know that that’s expensive. I ordered 70 boxes.”

Why she got politically active in 2020: “I think it’s human to care, and I just don’t really get why people don’t care. I want to have kids and I want those kids to have kids. Like, I don’t— We’re going to die.”

Her vocal support of the Biden-Harris ticket: The outgoing Trump administration highlighted her name in a document as an artist who should not be used in a coronavirus ad campaign. “I was very proud of myself. Tons of my friends texted me and they were like, I’m so proud of you! Trump is afraid of you! I was like, Damn right.”

What she did when the election was called for Biden: “[I] immediately started howling and cheering at eight in the morning. And so did the rest of the neighborhood.” She grabbed some leftover fireworks from the Fourth of July and “I lit the bitches.” (There was an Instagram story of her doing so.) “There’s still a million things we need to do better, but just getting that orange piece of sh-t out of that White House is the best thing that could happen right now.”

Whether she’s dating anyone: “Girl, no. I am glad every day that I’m single, but I’m also like, not out here pushing people away. I’d be fine to have somebody, but I don’t.”

Wait, what kind of Fruit Loops is she ordering and where? Billie, comparison shop for Fruit Loops!! Honestly, that was the one section of the interview which made me kind of sad? Reading her interviews over the years, it’s clear that her parents – who home-schooled her – never really prepared her to live by herself or take care of herself. I get that she’s very close to her parents, and if she was living by herself right now, we would worry about her in that situation too. But I hope her folks have spent the pandemic year teaching her some, like, basics about cooking, cleaning, bill-paying, how much things cost.