Billy Connolly Does… will show the Scottish comic, whose memory is fading due to Parkinson’s disease, reflect on his views since the 1960s. Each of the series’ five episodes, to be show on Gold, will focus on a different topic – work, love and marriage, sex, travel – and will be shot at the Florida home he shares with wife Lady Pamela Stephenson.

Sir Billy, 78, who is affectionately known as The Big Yin, was diagnosed with Parkinson’s in 2013 and retired from performing live shows in 2018. He said of the series: “I’m really looking forward to sharing a few of my favourite moments from over the years…it’s been brilliant, and I hope you’ll come along for the ride.”

The series has been commissioned by UKTV’s Iain Coyle, who said: “This is a career highlight, working with one of, if not the, greatest comedians of
all time.”

Series director Mike Reilly added: “I’ve been lucky enough to have worked with Billy for some time, and the one thing that never ceases to amaze me is how easy he makes it for everyone to be in his company, how the laughter, the pearls of wisdom and the shaggy dog tales never seem to stop. 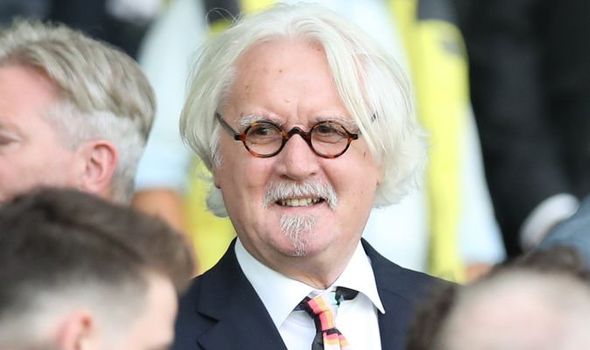 “To have the opportunity to show all of that while trawling through a treasure trove of amazing comedy is just a dream come true.”

Sir Billy, who was a welder in Glasgow before becoming an entertainer, is also publishing his autobiography, called Windswept And Interesting, in the autumn. The projects come two years after he admitted Parkinson’s had taken a hold.

He said then: “My life, it’s slipping away and I can feel it and I should. I’m near the end. I’m a damn sight nearer the end than I am the beginning. But it doesn’t frighten me, it’s an adventure and it is quite interesting to see myself slipping away.”