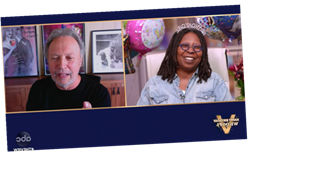 During Friday’s episode of The View, the co-hosts celebrated their colleagues’ 65th birthday with a couple of very special guests. Crystal surprised his longtime friend, wishing her a happy birthday before sharing the very personal and prized present that he sent her.

“Whoopi, this is my favorite photograph of us together and I’m not actually in the picture,” Crystal said as she virtually opened her gift. “We were doing Comic Relief in New York at Radio City and we were going to Washington to testify in the Senate with our good friend, Sen. Ted Kennedy. And I got pneumonia and couldn’t travel.”

The photo shows Goldberg and the late Robin Williams testifying with her holding up a snapshot of Crystal.

“We did such great stuff together,” Crystal added. “So many happy moments… We will always be together in my heart.”

“Thank you, thank you,” Goldberg, getting emotional, said. “Yeah, we did, didn’t we? The three of us did some good work.”

Goldberg, Crystal and Williams had an unbreakable bond, founded on making people laugh and entertaining audiences.

Goldberg met Williams — who died in 2014 — in her early standup comedy days in the late ’70s. They later teamed up with Crystal and kicked off the first Comic Relief Charity telethon in the mid ’80s. 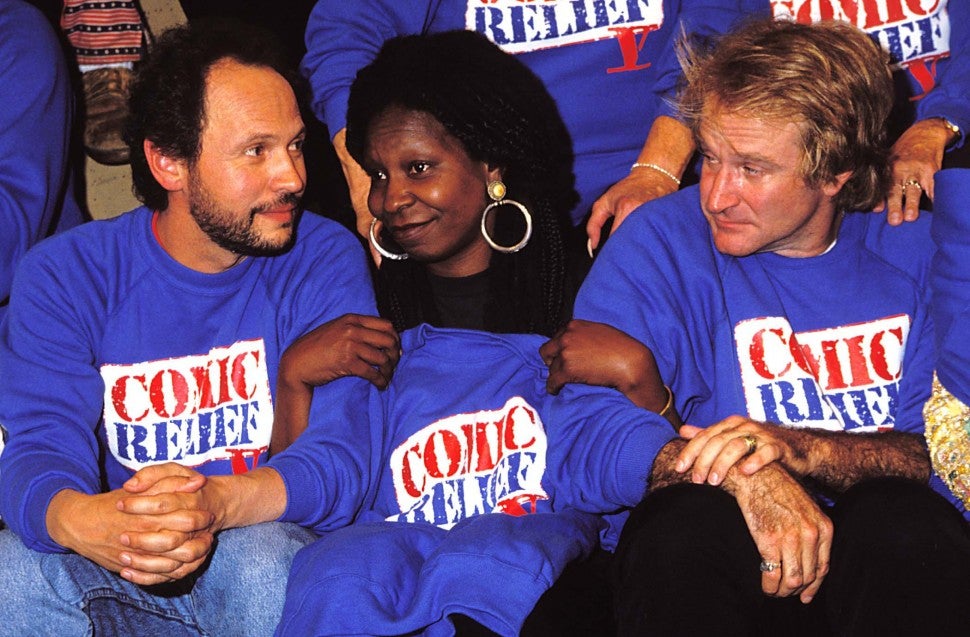 During that same episode, Goldberg also had Stevie Wonder sing her a birthday tune. The iconic singer, along with the rest of the co-hosts, delivered a fun rendition of “Happy Birthday to You.” Watch the sweet moment below.

For more on Goldberg, watch below.