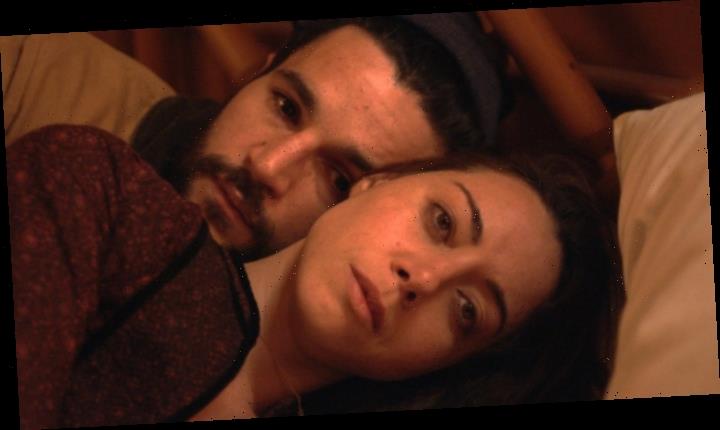 Actor-writer Lawrence Michael Levine’s first two directorial features, “Gabi on the Roof in July” and “Wild Canaries,” were idiosyncratic indie hipster comedies of a familiar stripe. His third, “Black Bear,” is a much trickier proposition, a kind of narrative puzzle box in which one might be hard-pressed to find a solution, or even determine there is one. Rebooting midway to completely reframe its prior storytelling in very meta film-within-a-film-about-making-a-film terms, this adventurous seriocomedy has enough surprising elements and off-kilter humor to keep one intrigued, even if the payoff is debatable. Cast names will give it viability as a streaming item, but commercial prospects are not stellar.

The comedy of awkwardness, as ill-matched strangers stubbornly fail to click as friends, dominates the early going here to dryly amusing effect. Allison (Aubrey Plaza) is an actress turned writer-director of “small, unpopular films” whose latest creative drought lands her on the doorstep of Gabe (Christopher Abbott) and Blair (Sarah Gadon) as a presumably-paying guest. He’s inherited an impressive lakeside country lodge from his family, which seemed a logical place to go once his wife became pregnant; neither of them were exactly making it in Brooklyn as artists (he’s a musician, she’s a dancer) anyway. Allison’s solo stay is a way for them to test-drive the notion of using the property as a B&B, retreat center, or some other income-generating thing.

But they’re not exactly natural-born hosts, nor is the alternately sarcastic and self-deprecating Allison easily assimilated into the household. The couple’s dynamic is clearly fraught — they’ve arrived at that possibly-terminal relationship stage where everything one spouse says annoys or offends the other — and it doesn’t take long for Allison to get right in the middle, as an exacerbating rather than mediating element.

Things have careened to a crisis point when a title informs us that we’ve arrived at “Part II.” Suddenly now the same actresses are playing in a movie rather like (but also significantly different from) the one we’ve been watching, directed by Gabe, whose “method” seems to be playing cruel psychological games to maximize the performance of his wife-slash-star Allison. (It’s worth noting that in Levine’s prior features, he co-starred with his own wife, fellow multi-hyphenate Sophia Takal.) Now it’s Blair who’s the interloper, in both the film being shot and on the set, where crew members comically strain to keep an increasingly chaotic production operational on its wrap day.

Charting a somewhat different kind of train wreck from the first half’s, this section is antic and histrionic, entertaining but also insider-ish to the point of frequently seeming aimed primarily at viewers who’ve worked on a film set themselves. Plaza has some heavy lifting to do as her character goes off the rails, and she throws herself into it with impressive commitment.

Yet the movie doesn’t really have the empathetic depth to make Allison’s distress as visceral as it’s played, and despite incisive performances from the other leads (as well as various diverting ensemble turns), it’s unclear just what the stakes are for us in these people. How seriously, or satirically, does Levine intend his portrait of artistic process to be taken? “Black Bear” is clever, yet ends without providing any certainty that its cleverness has a point. Its critique of self-indulgence is hard to separate from its actual self-indulgence.

While livelier and less pretentious on a moment-to-moment basis than similar mirror-gazing cinematic exercises (a form that either peaked or reached its nadir with Dennis Hopper’s “The Last Movie,” depending on your view), “Bear” is ultimately the kind of willful idiosyncrasy that seems more pleased with itself than most viewers will be. Gamesmanship is one thing. However, a game without rules, or in which the rules keep changing, risks seeming like a waste of energy.