Bookmarks: The long life of Jesus wants me for Sunbeam

A sunbeam that still shines
Peter Goldsworthy’s challenging and moving Jesus Wants Me for a Sunbeam was first published in 1993 in his Little Deaths collection. This story about a family, their love and the challenges of illness remains powerful, poetic and deeply affecting. And rather than a little death, it has had a long life. A couple of years ago it was adapted for the stage by Steve Rodgers for the National Theatre of Parramatta and received enthusiastic reviews when it opened. Now the production is being revived for a month from February 6 at Belvoir St Theatre with virtually the same cast.

All these years later, Goldsworthy says he still loves the story, ‘‘perhaps because I don’t fully understand it. I remember when I wrote it thinking that there was some weird kind of psychological truth to it.’’ And its longevity? ‘‘Perhaps it’s more relevant these days with helicopter parents, but I do think there’s a mythic core to it, the idea of a love sacrifice.’’ He did also point out that it’s a story that some people hate and some people love. 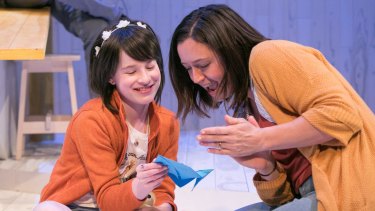 Grace Truman and Emma Jackson In Jesus wants me for a Sunbeam. Credit:Noni Carroll Photography

It took a longish path to the stage – apparently, soon after it was published the late Nick Enright gave a copy to director Darren Yap, suggesting a production. Rodgers’ adaptation eventually won Griffin Theatre’s inaugural Lysicrates Prize in 2015 but when it wasn’t picked up for production it was snapped up by Riverside Parramatta. Rodgers, incidentally, once appeared as an actor in an adaptation of another Goldsworthy work, The Kiss, which was included in a staging of four stories of the same name written by Guy de Maupassant, Kate Chopin, and Chekhov, like Goldsworthy, a writing doctor.

Edgar and us
Two Australians are on the shortlist for this year’s Edgars, the most significant crime-writing awards in the US. Michael Robotham is up for the best novel award for Good Girl, Bad Girl, which was published last year by Hachette, and Kirsten Tranter for her short story The Passenger, which appeared in the John Dale-edited collection, Sydney Noir. 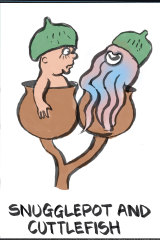 Robotham is not sure whether he’ll be in New York for the awards dinner on April 30, partly because he’s supposed to be going to China shortly before – ‘‘unbeknownst to me, my books are quite successful in China’’ – but that book tour has uncertain prospects given what’s going on in the country at the moment. The other books up for the best novel award are: Fake Like Me, Barbara Bourland; The Stranger Diaries, Elly Griffiths; The River, Peter Heller; and Smoke and Ashes, Abir Mukherjee. According to Robotham, the list is less US-focused than usual: Griffiths – real name Domenica de Rosa – and Mukherjee are British. Robotham’s next book, When She Was Bad, the follow-up to Good Girl, Bad Girl, is published on July 23.

Michelle Obama made it a family double when she won a Grammy for the best spoken-word album for her memoir, Becoming. That’s because her husband, former president Barack Obama, has already got a couple of Grammys in his trophy cabinet for the audio narration of his memoirs, Dreams from My Father, in 2005, and The Audacity of Hope in 2007. Former first lady Hillary Clinton also won a Grammy in 1996 for the narration of her book, It Takes a Village.

Women take control
In Britain, the third Publishers Association report on inclusion and diversity has shown that for the first time women occupy more than 50 per cent of positions at executive level and senior management level in the publishing industry. Last year, 53 per cent of executive jobs and 55 per cent of senior management jobs were taken by women. ‘‘This is the first time that the PA’s five-year target, which aimed for at least 50 per cent of leadership positions and executive level roles to be occupied by women by 2022 across the industry, has been achieved,’’ the PA reported.