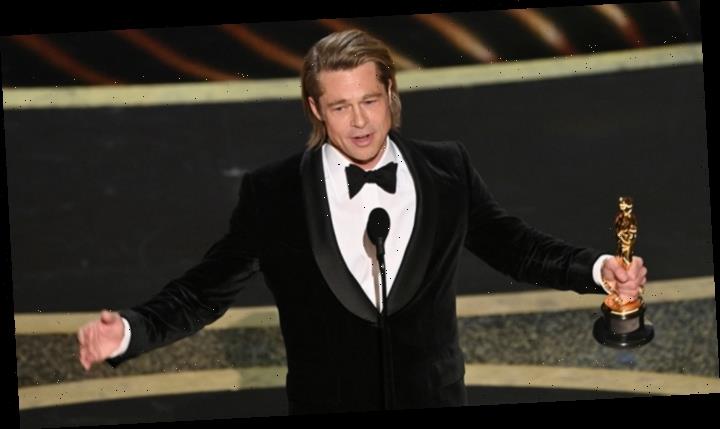 One of the highlights of this year’s awards season has been Brad Pitt’s acceptance speeches for his performance in “Once Upon a Time in Hollywood.”

At the Golden Globes, Pitt told co-star Leonardo DiCaprio (and star of “Titanic”), “I would’ve shared the raft.” At the SAG awards, Pitt quipped that he’d put his win on his Tinder profile. And at the BAFTAs, Pitt sent a speech for co-star Margot Robbie to read, in which he alluded to Brexit with the joke, “Hey Britain, heard you just became single — welcome to the club.”

According to Pitt, he’s written those speeches himself — mostly. However, on the red carpet before the Oscars ceremony, Pitt told Variety‘s Marc Malkin that he had some “very, very funny friends” helped him “with some laughs.”

Those “funny friends” include to comedians like Jim Jefferies and Bob Oschack, and perhaps most surprisingly, his “Fight Club” director David Fincher, to help him write his comedy.

“My man Fincher, we trade barbs every week,” Pitt said.

“I know that sounds antithetical, given the profession I’ve chosen, but that’s not necessarily my thing,” he said. “So this round, I figured if we were going to do this, I’d put some real work into it and try to get comfortable, and this is a result of that. I’m definitely writing.”