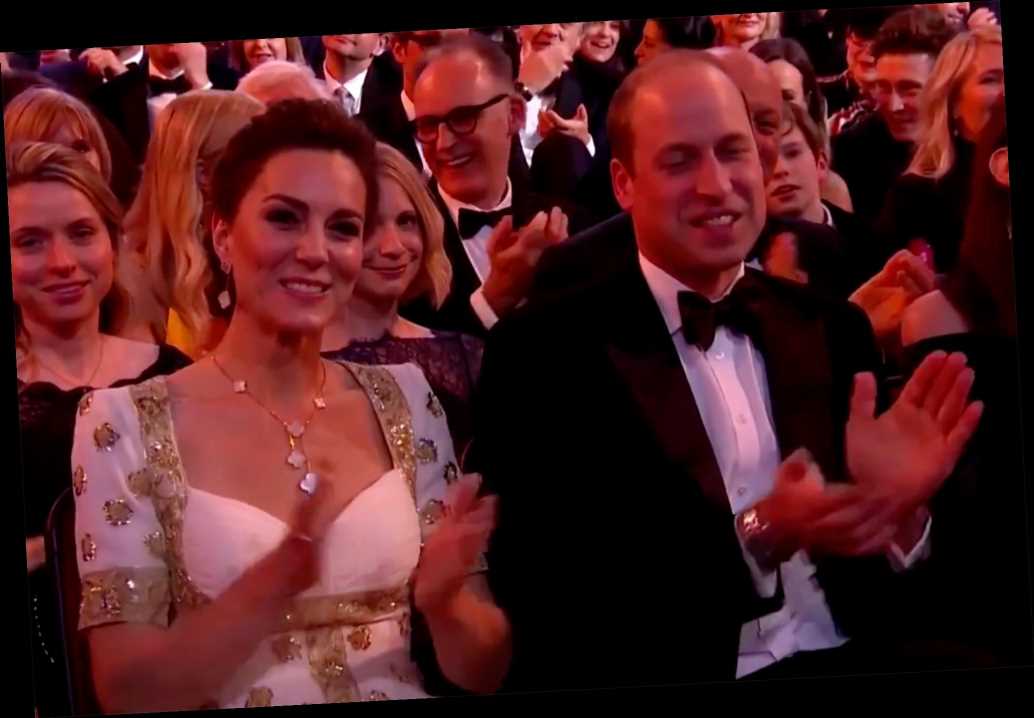 Brad Pitt was a no-show at the BAFTAs — but still managed to make royal guests Prince William and Kate Middleton squirm in the audience with a joke about Megxit.

The 56-year-old actor got co-star Margot Robbie to collect his award for best supporting actor, blaming “family obligations” for keeping him from the British ceremony on Sunday.

Robbie soon had the audience cracking up as she read Pitt’s speech — ending with a quip about Prince Harry starting his new life away from the royal family and the UK.

“He says that he is gonna name this Harry — because he is really excited about bringing it back to the States with him,” Margot read, holding up Pitt’s trophy.

The camera then cut to Harry’s brother William — with whom he’s reportedly feuding — and Harry’s wife Kate, who both appeared to squirm as they awkwardly laughed along with the audience.

Pitt’s speech also made yet another quip about his love life while accepting the award through Robbie.

“Hey Britain! Heard you just became single, welcome to the club,” he said, joking about the nation finally leaving the EU with Friday’s Brexit and his own bitter divorce from ex Angelina Jolie.

“Wishing you the best with the divorce settlement blah blah blah,” his speech continued, with Margot then pretending to cut out Pitt’s praise for their “Once Upon a Time in Hollywood” director, Quentin Tarantino, saying, “It’s a bit much, really.”

Robbie stressed the speech was “his words, not mine” before walking off to applause.