The Chase: Bradley says ‘that is a disaster’

Bradley Walsh was back on Thursday with a brand new series of The Chase. The four new contestants, Dee, Owen, Andrew and Lorraine had to work together as they each went head to head with Anne ‘The Governess’ Hegerty. Their group efforts seemed to impress Anne, however, one promising player missed out on winning the team £10,000 when she stumbled on several questions.

Media relations manager Dee was the first player to take on Anne, and she got off to a great start by answering seven questions correctly.

However, she wanted to play it say and went for the £7,000 she’d bagged in the cash-builder.

After getting through to the final, Owen was the next player to take on the Governess, and he answered a respectable four questions correctly. 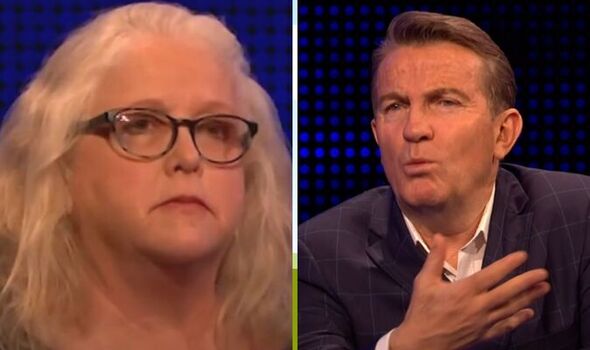 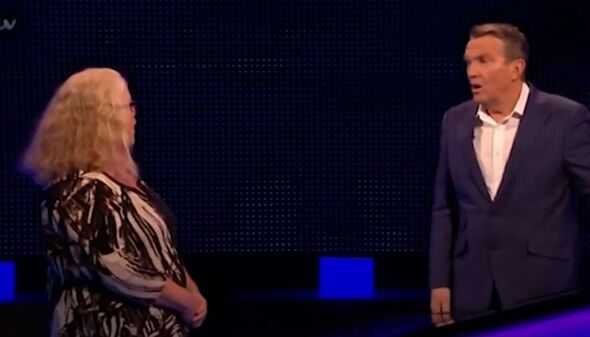 Despite being given the opportunity to play for Anne’s high offer of £40,000, Owen felt it was better to return to his teammates and went for the £4,000.

It was very touch-and-go for Owen and he almost missed out on a place in the final after stumbling on a number of questions.

Although, it seemed luck was on his side and he joined Dee back on the panel.

Former banker Lorraine stunned both Bradley and Anne after answering a staggering 10 questions correctly in the cash-builder. 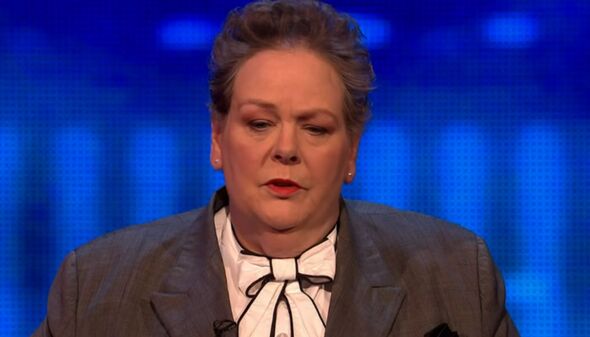 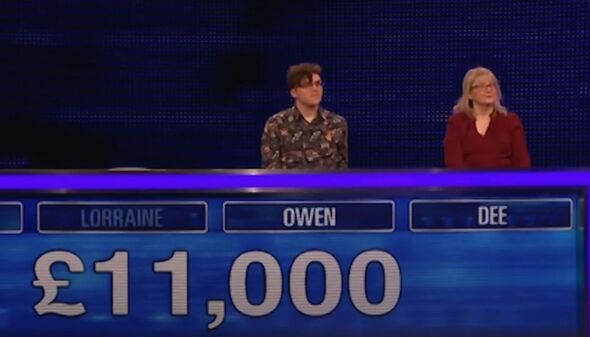 The host was hopeful Lorraine would sail through her round against Anne, but things didn’t go to plan.

After having to guess some questions, Anne was able to catch Lorraine up, and in the end, she missed out on the £10,000.

As Bradley and Lorraine waited to see if Anne had got the final question right, the host admitted: “She’s going to know this. I know it, she is going to know it.”

“The Chaser has put…oh this is a disaster,” Bradley continued as Anne’s answer lit up green, indicating she had got it right.

“I am not even sure where I knew that from,” she admitted. “Just something pinged in the back of my mind.”

Clearly disappointed by the outcome, Bradley said: “You know what? I am really gutted that you’re going because you’re a seriously good player.”

After Lorraine was sent home, it was up to Andrew to pull it back for the team.

The trio managed to answer 18 questions in the two minutes they were given, although, Anne managed to beat them with just seven seconds to spare.

Afterwards, Bradley pointed out that if Lorraine was in the final, they would have beaten Anne.