Being the child of a celebrity has its perks but there’s also a downside. Celebrity kids are constantly under a microscope and often times unfairly criticized. Sy’Rai Smith, the daughter of singer Brandy, knows all too well about the pressures of having a famous parent. In her case, she dealt with body image issues. 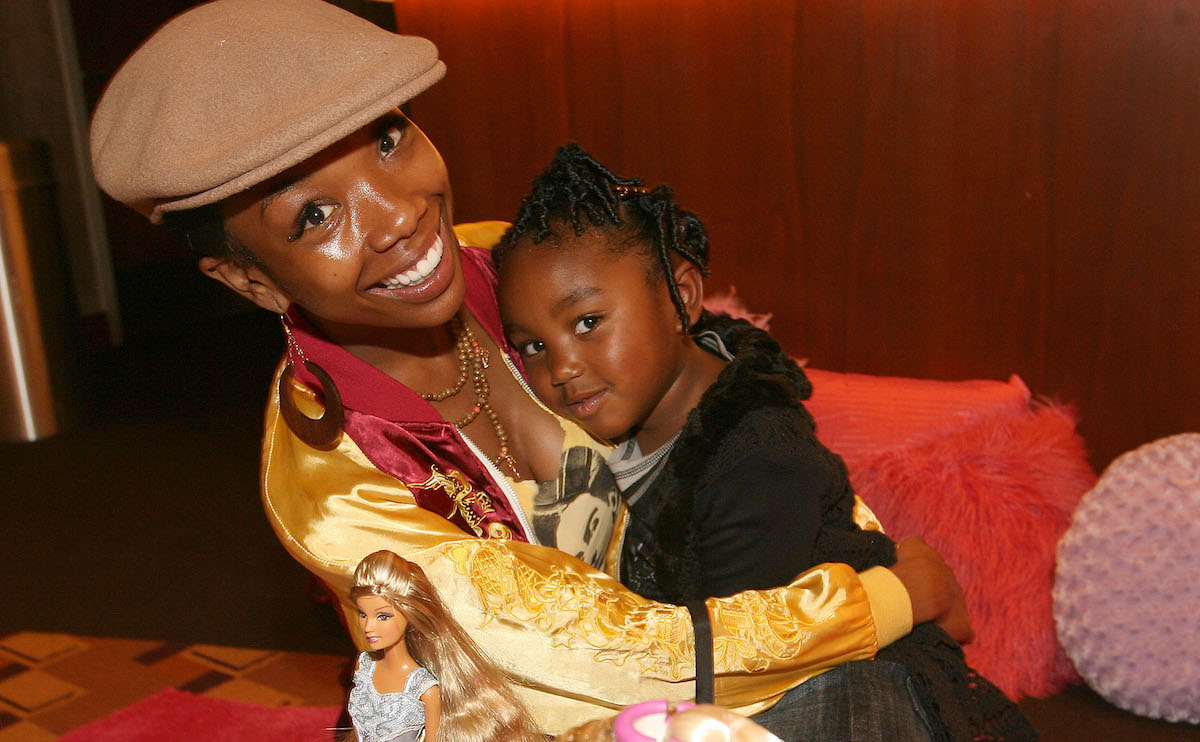 Since her major body transformation, Smith has been opening up about her weight loss journey. She admits that she once felt her mom was embarrassed by her size but that it was ultimately her own insecurities that made her feel that way.

In a recent interview with the hosts of the FOX daytime talk show The Real, Smith says being Brandy’s daughter and the burden that comes with that gets heavy at times. In terms of her desire to lose weight she often felt compared to her mom, who is smaller in size. Smith says it did not help her self-esteem and despite her bond with her mom, she felt like an outsider.

“Sometimes it was a little bit difficult because seeing my mom dress a certain way or wear certain things, or when she was on the carpet or anything like that, it was kind of difficult because I was like, ‘Why am I not that way?’ she says. “Why am I not that size [and] why was I made the way I was made? And sometimes I would feel a little sad or feel like she was embarrassed of me.”

Smith says the thoughts were insecurities of her own. If anything, she says Brandy never pressured her to lose weight or be a certain size. Instead, she always reminded Smith of her beauty, both inside and out.

Up until now, Smith was not forthcoming with the reason she wanted to shed her weight. As it turns out, it was not all for vanity.

Related: Brandy Was Once Almost A Real Life Basketball Wife – Her Dating History

“I had a lot of health issues when I was at the size that I was,” Smith reveals. “I just decided to really take my health seriously so I changed my mindset, changed my mentality, and I knew that being in the size or the body that I was in, I knew my life wasn’t going to be as long…I just knew that living my purpose, I wouldn’t be able to live in that body.”

Smith says a huge motivating factor was her family. She has younger siblings and also wants to be around for her parents, uncle, and grandparents.

She says she grew obsessed with morphing into a certain look

Smith says as she began to shed weight, more pressures grew. Growing up in a social media world where there’s an ideal image standard, Smith says she began comparing herself to other women and even felt jealous at times in spite of her progress. She admits to the hosts:

I started becoming a little more obsessed with the scale, with how I looked, with how my body was transforming. It wasn’t easy to look at myself and then I grow up in an era where a lot of young women compare themselves to other women on social media. I’m a victim of that, I get very jealous and very insecure when I look at other women and I know my body has been through a lot and I always have to remind myself of that. The scars I have, the stretch marks that I have…it’s for a purpose…but I do feel a little pressure. People have eyes on me at all times…I did feel pressure to quickly do it or maneuver [how I would eat] to kind of form a little instagram body but that’s not normal.

Smith says her mom is her biggest cheerleader. She also is appreciative of the support she receives from social media users and encourages all to reach their goals.