Britney Spears Just Apologized To Her Fans. Here’s Why

Britney Spears just posted to Instagram for the first time since her June 23 conservatorship hearing. On June 24, the pop star wrote a lengthy caption in which she apologized to her fans for lying to them about being okay.

“I apologize for pretending like I’ve been ok the past two years … I did it because of my pride and I was embarrassed to share what happened to me,” she captioned an Instagram post.

The truth came out during Spears’ court hearing in which she told the judge presiding over the case that she, in fact, was not okay, despite saying so in an Instagram Q&A back on April 16. During her hearing, Spears told Los Angeles Superior Court Judge Brenda Penny a very different story. “And that’s why I’m telling you this again two years later, after I’ve lied and told the whole world ‘I’m okay. And I’m happy.’ It’s a lie. I thought I just maybe I said that enough. Because I’ve been in denial. I’ve been in shock. I am traumatized. You know, fake it till you make it. But now I’m telling you the truth. Okay? I’m not happy. I can’t sleep. I’m so angry. It’s insane. And I’m depressed. I cry every day,” Spears said, according to NBC News.

Britney Spears said that 'pretending' has 'helped' her 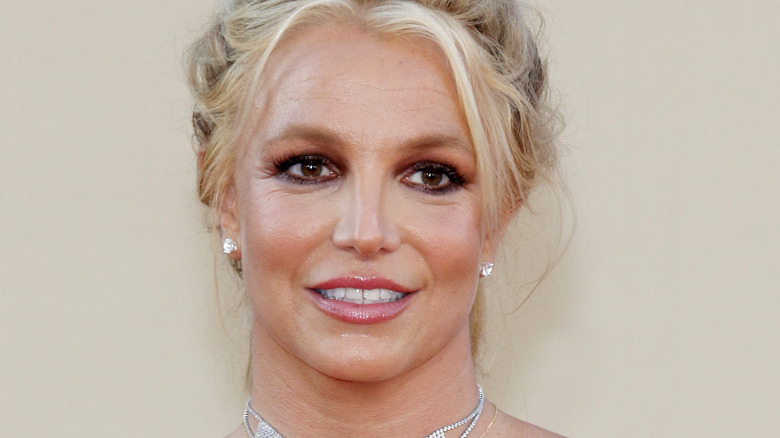 Just about every Britney Spears fan has been keeping a close eye on her social media, watching and waiting for her next post to see whether or not she would address the things that she talked about in court. The “Piece of Me” singer did not disappoint. Her candid Instagram caption received a great deal of praise, with dozens of fans leaving plenty of red heart emoji in the comments section of the post. The photo that she chose to share featured a quote by Albert Einstein. “If you want your children to be intelligent, read them fairy tales. If you want them to be more intelligent, read them more fairy tales,” it reads.

Spears addressed the quote directly. “Believe it or not pretending that I’m ok has actually helped … so I decided to post this quote today because by golly if you’re going through hell … I feel like Instagram has helped me have a cool outlet to share my presence … existence … and to simply feel like I matter despite what I was going through and hey it worked … so I’ve decided to start reading more fairy tales,” Spears wrote.