BTS By the Numbers — Is This K-Pop Group Really Bigger Than The Beatles? 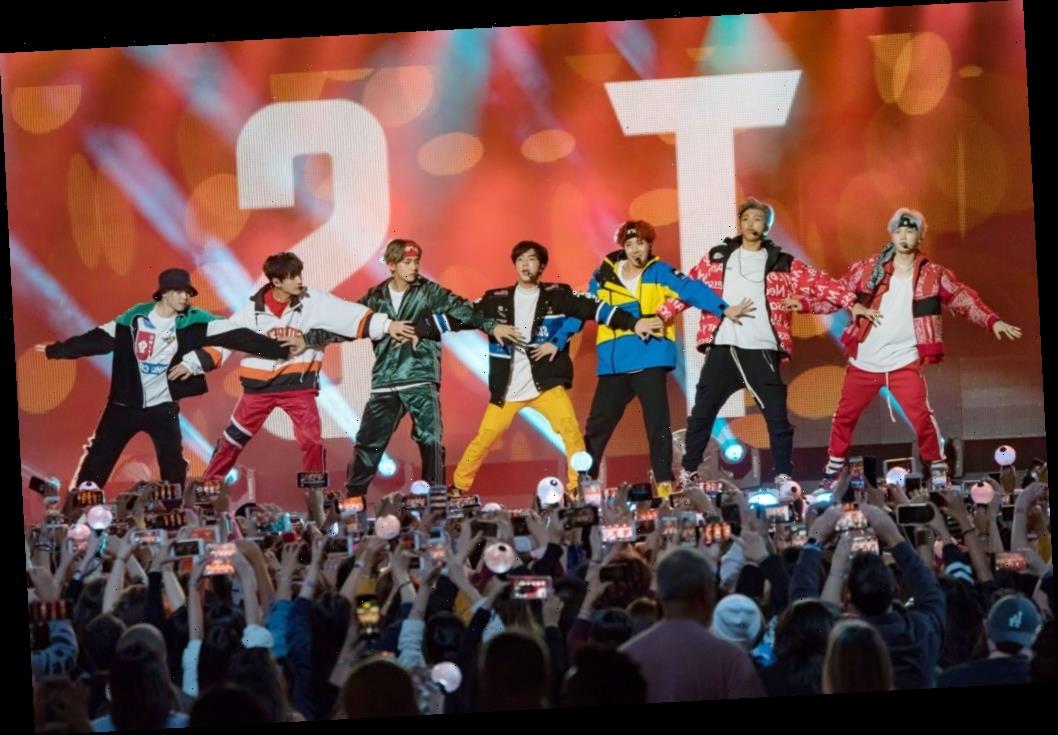 It’s hard to compare two boy bands. Although The Beatles proved to be revolutionary for their time, some have even called the K-pop group BTS ‘the next Beatles,’ breaking records for their music videos, the Grammy Awards, and for Korean artists. How is BTS similar to The Beatles and how are the groups different? Here’s a closer look into the history of these two boy bands.

BTS is the first group since The Beatles to have three albums reach Billboard No. 1 in a year

If you’ve seen BTS perform on Stephen Colbert’s show inside the Ed Sullivan Theater, you’ve maybe made the connection between these two boy bands. Although The Beatles was a four-piece band from England, BTS is a boy band from South Korea with seven members — Jin, RM, J-Hope, Suga, V, Jimin, and Jungkook.

Both created loyal fanbases and broke records on the music charts. In fact, BTS became the first band since The Beatles to have three Billboard No 1 albums in one year. BTS also plans to release an album during February 2020, Map of the Soul: 7, which will be an extension of their 2019 release, Map of the Soul: Persona.

BTS and The Beatles score big at award shows

Although award shows are notorious for snubbing boy bands of nominations, The Beatles have 8 wins under their belt, including Album of the Year for Sgt. Pepper’s Lonely Hearts Club Band. In the 1970s, the band won an Academy Award for Best Original Song Score.

BTS debuted about seven years ago, and since then, they’ve won Billboard Music Awards and American Music Awards. However, the boy band has yet to earn a Grammy nomination. They’ve reportedly put up songs (“Boy With Luv” and “Lights”) and an album (Map of the Soul: Persona,) for consideration and will most likely attend the award ceremony in 2020.

What makes BTS different from The Beatles?

One of the biggest differences between BTS and The Beatles is the power of social media and the internet. Some even attribute BTS’ success to their connection with their fanbase, or “army.” Members often share pictures and videos on social media, earning thousands, sometimes millions, of likes per post. During one interview with Billboard, the Big Hit Entertainment CEO, Bing Si-Hyuk, touched on why he believes the K-pop group is so successful.

“The experience of global citizens watching the same performance at the same time has been transformed now to one where we communicate real-time with anyone around the world, in our palms, through various channels,” Bang said (with English provided in real-time from an on-site translator).

“We exchange the same contents, sensations, and enthusiasm. Through that very same technology, BTS, which came from a small production company here in a country in eastern Asia, has resonated with the world,” he continued. “Global audiences have become fanatical about the music videos where Korean singers sing in Korean language and dance. Globally, the lyrics, dialogues, and messages of BTS are translated and shared worldwide, which has made BTS into The Beatles of the YouTube generation and a hero at the periphery. Conversely, the success of BTS has proved the existence and value of YouTube technology.”

Music by both The Beatles and BTS is available on Spotify, Apple Music, and most major streaming platforms.