Bulletproof: South Africa is the highly-anticipated third outing of the popular Sky series starring Ashley Walters and Noel Clarke. The show sees the pair reprise their roles as the crime-solving duo Ronnie Pike and Aaron Bishop as they head to South Africa. Here’s everything you need to know about the cast of the new season.

Who is in the cast of Bulletproof South Africa?

Ashley Walters is back in the new special as Ronald “Ronnie” Pike Jr.

The detective has headed to Cape Town on holiday but soon finds himself drawn into the case of a kidnapping of a young girl.

Walters told Express.co.uk and other media recently how the latest episodes will also explore more of the friendship between Pike and Bishop.

He said of their partnership: “There are many things that make us different but the connection is one thing that runs through all of us.”

Viewers probably know Walters best as Dushane in Top Boy but he has also starred in Bullet Boy and Get Rich or Die Tryin’. 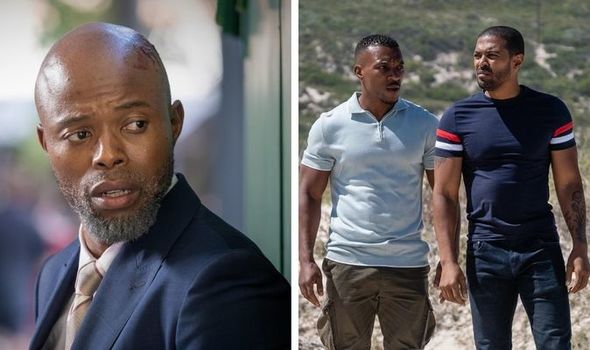 Clarke stars as Bishop in the popular series, who tags along on holiday with Pike and his wife.

Clarke is an acclaimed actor and director known for Doctor Who, Kidulthood and its sequels and Star Trek: Into Darkness.

He said of the new series: “What the show has for me is a lot of heart. I think that’s what makes it stand out more than anything.

“The audience can expect a lot more of that heartfelt character stuff between Bishop and Pike, and, of course, Tanner (Lindsey Coulson).

“I can’t spoil it for you but it’s the heartfelt stuff that they have for each other that means those three characters, in particular, are connected.” 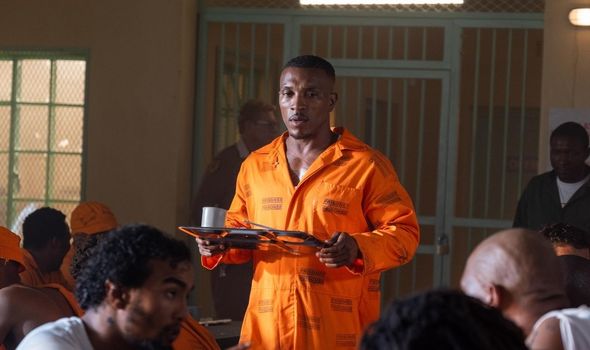 Lindsey Coulson is back as the pair’s handler Sarah Tanner in the latest season of Bulletproof.

She follows the pair to South Africa after they find themselves needing some help on a case.

Coulson has previously starred as Carol Jackson in EastEnders, as well as in shows like The Bay and Murder Investigation Team.

The star admitted she loved filming at the recent Q&A but also how it can be difficult to keep a straight face.

She said: “Well they are just very funny. Most of the time that you’re trying to do something quite serious or have some agency somewhere as a branch commander, then forget it!”

Vanessa Vanderpuye plays Pike’s wife in the special episodes, reprising her part from the second season.

She took over the role from Captain Marvel and James Bond star Lashana Lynch who starred in season one.

Vanderpuye is also known for Dreaming Whilst Black and Venus vs Mars. 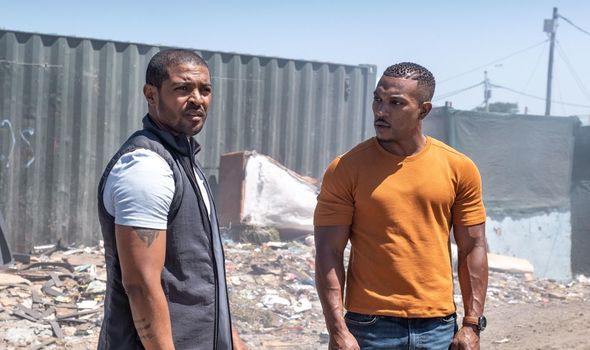 Thapelo Mokoena plays William who Bishop and Pike meet when they first arrive in South Africa.

Mokoena is a South African actor known for roles in series like Trackers and Wild At Heart.

William’s wife is Megan and they find themselves needing Pike and Bishop’s help after their daughter is kidnapped.

She is played by Kim Engelbrecht who has previously starred in The Flash, Dominion and SAF3.

Olivia Chenery was first introduced to the series in the second season as NCA Detective Scarlett “Scooch” Hamilton.

Chenery is also known for Queens, Brotherhood, Penny Dreadful and Beowulf: Return to the Shieldlands. 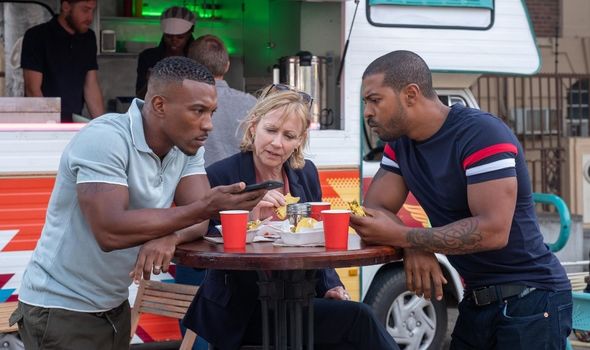 Lucie Shorthouse’s Paige Pennington is also back but she is stuck mainly in the UK with the rest of her team.

Shorthouse has also played Melanie in Line of Duty and will soon be starring as Momtaz in Lady Parts.

Jason Maza also makes an appearance again as his character Chris Munroe in the show.

Bulletproof: South Africa airs on Sky One at 9pm on Wednesdays.